Second place above expectations for Whincup at Albert Park

Second place above expectations for Whincup at Albert Park 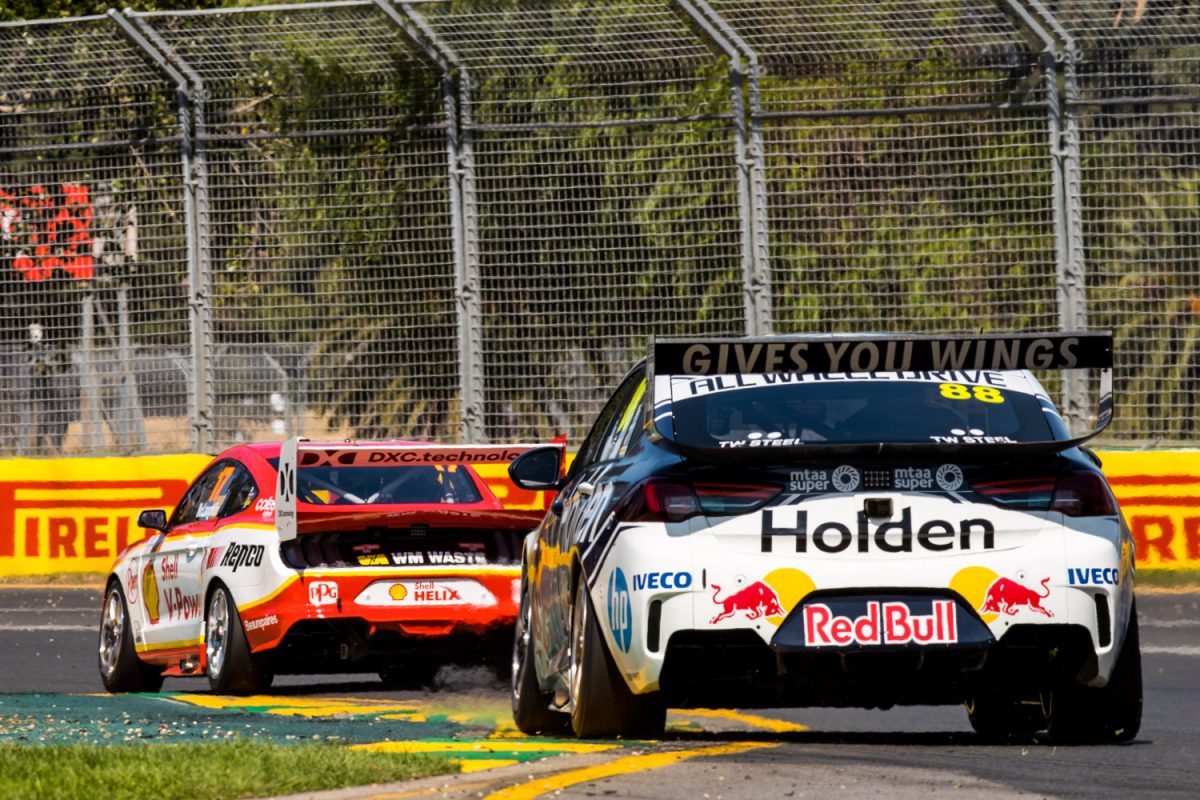 Jamie Whincup has declared his second placing overall in the Beaurepaires Melbourne 400 as an above expectations outcome.

Whincup twice finished on the podium across the four races at Albert Park and came second only to Chaz Mostert in the Larry Perkins Trophy standings, determined on the basis of meeting points at the Australian Grand Prix event.

His cause was aided, however, by the astonishing out lap crash between Shell V-Power Racing’s Scott McLaughlin and Tickford Racing’s Cameron Waters before they were due to start Race 5 of the season from the front row.

McLaughlin marched to wins in the three races which he actually started and three Armor All Pole Positions, as well as qualifying on the front row for Race 6, while Waters was on the podium in the first two races of the weekend and Mostert won the fourth.

Whincup admitted that his and his team-mate Shane van Gisbergen’s Red Bull Holden Racing Team entries had struggled for pace and was pleased to salvage the second-highest points haul, all things considered.

“My weekend was good all-round, we just don’t have the performance of Chazzie here and the Shell guys but we just maximised where we could,” he said.

“We’ve found ourselves in this position three or four times over the last 12 years when we haven’t been the quickest cars out there and we’ll just go back and grind away and try and find where the performance is and just make it better over the next few months.

“It’ll take a while but hopefully we can get there at some stage, but to finish second overall, yeah we got a bit lucky with two other guys taking themselves out but I think second overall is by far better than we expected coming into the weekend.”

Whincup found himself ahead of Mostert in each of the four races but was passed with relative ease by the Supercheap Auto-backed Tickford Mustang each time.

The new generation Fords also locked out the first two rows for Race 3, in which they went on to sweep the top five at the chequered flag then take five of the top six positions in Race 4.

When pressed as to where he thought his package sat in the pecking order, Whincup suggested no higher than fifth, a position which would have him behind one or both of the DJR Team Penske Mustangs and two to three of the Tickford Mustangs.

“About P5 or six or so, somewhere around there,” he responded.

“We’d like to be able to give Shane a better car as well, he just got swamped in the pack, so we’ll do what we do.

“Every team’s going to work hard but we’re going to work out where our weaknesses are and make sure that we improve our pace and it’s just going to be a win for everyone, the tightening competition and the more battles that are going on.”

With finishes of eighth, fourth, second, and third, Whincup collected 235 points at Albert Park and sits second by 31 points to McLaughlin in the Virgin Australia Supercars Championship.