Ricciardo ‘too busy pleasing everyone else’ in Melbourne

Ricciardo ‘too busy pleasing everyone else’ in Melbourne 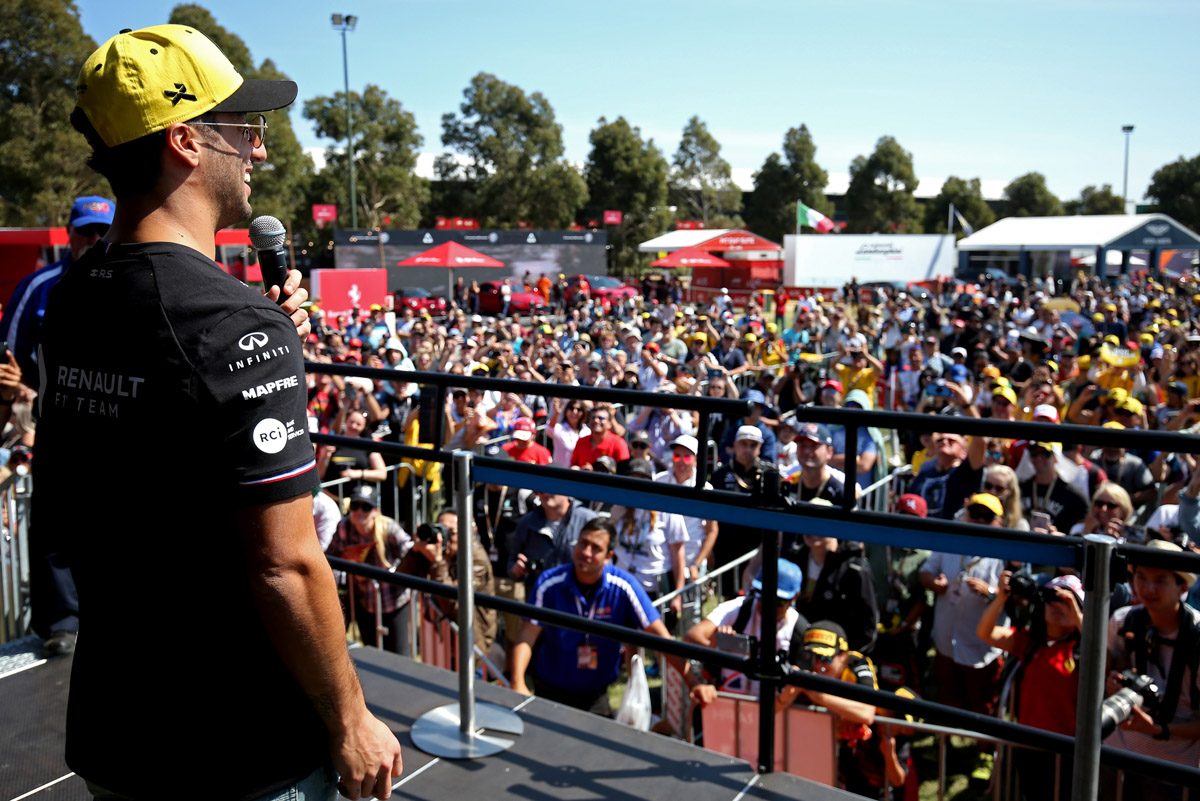 Daniel Ricciardo believes he was “too busy pleasing everyone else” rather than focusing on his own preparations heading into the Australian Grand Prix.

The Australian was in high demand throughout the week leading up to the event, with a number of media appearances and partner activations.

There was also the all-new season launch in the centre of Melbourne on Wednesday afternoon, before a busy weekend schedule of appearances interspersed around his on-track responsibilities.

While admitting he enjoyed experiences such as driving Rick Kelly’s Nissan Altima Supercar, Ricciardo was left with little time to relax and felt his preparations were compromised heading into the first race of the season.

“I don’t know how I’m smiling. I don’t know,” Ricciardo admitted after the race, which saw him retire on Lap 31.

“This week’s so long. I don’t seem to really ever have a good break here,” he said.

“I think we’re too busy pleasing everyone else and not worrying about ourselves.”

With his home race, and first race with Renault now behind him, Ricciardo will head to Bahrain where he hopes for a more sedate buildup.

“I think Bahrain’s going to be a lot easier. That’s like a holiday week, there’s really nothing going on so I can actually prepare properly,” he said.

“For sure I’m frustrated this week because again it’s like everyone expects so much.

“But the reality is I’ve got to show up on Sunday and when the race is over in five seconds, whether its bad luck or not, I feel like our preparation was not where it should be.

“(I) Feel a bit hard done by, but trying to please everyone.”

Ricciardo ended the race on Lap 31 when the team called him into the pits, though in essence his race was over shortly after it began.

The Australian bounced over the grass as the field spread out off the line, breaking his front wing and dropping him to the back of the pack and removing him from serious contention.

There was a silver lining of sorts with team-mate Nico Hulkenberg banking points and underscoring Renault’s credentials to race inside the top 10.