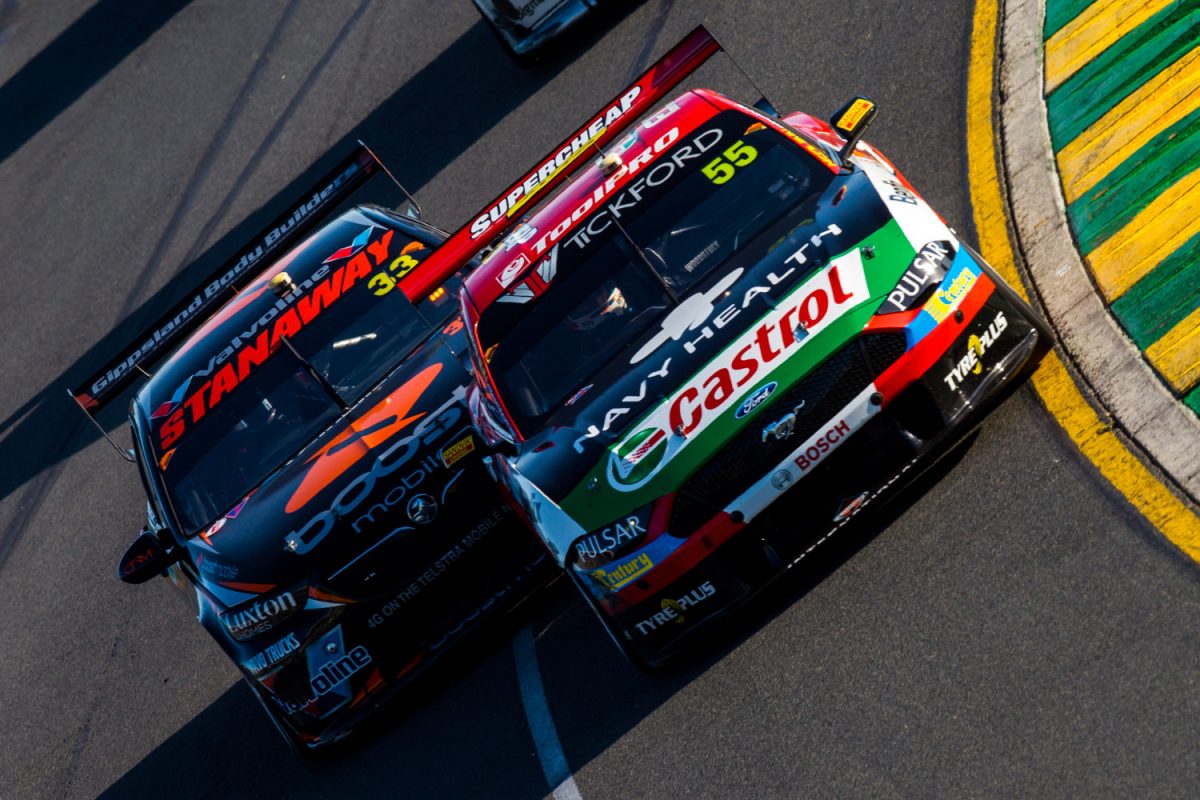 Centre of gravity was again the talking point in the Supercars paddock at Melbourne as the category prepares to undertake a test to see if there is disparity in this area among the Supercar models.

The move to conduct an investigation by checking centre of gravity figures in the Holden ZB Commodore, Nissan Altima and Ford Mustang has emerged following the successful debut of the blue oval’s new weapon.

Holden and Nissan teams suspect the Mustang, which has claimed all six pole positions and race wins to date, has a significant centre of gravity advantage over the Commodore and Altima.

Centre of gravity was brought into the spotlight last year when the Holden ZB Commodore burst onto the scene with increased use of composite panels, which resulted in a lighter car and the opportunity to use ballast lower in the car to reach the minimum weight.

Reducing the centre of gravity in a race car improves handling and this can be achieved be smartly ballasting a car by keeping weight as low as possible in the chassis to meet Supercars’ minimum weight figure of 1395kg.

Currently there is no rule governing the centre of gravity but rival teams believe stipulations should be put in place now the sport has welcomed in a two-door coupe for the first time with the Mustang.

However, from other side as it stands the Mustang is legal with Ford Performance, DJR Team Penske and Tickford Racing having apparently worked smartly within the rules to develop a centre of gravity efficient race car.

This week’s Pirtek Poll want to know if you think Supercars should introduce controls on centre of gravity to ensure parity.