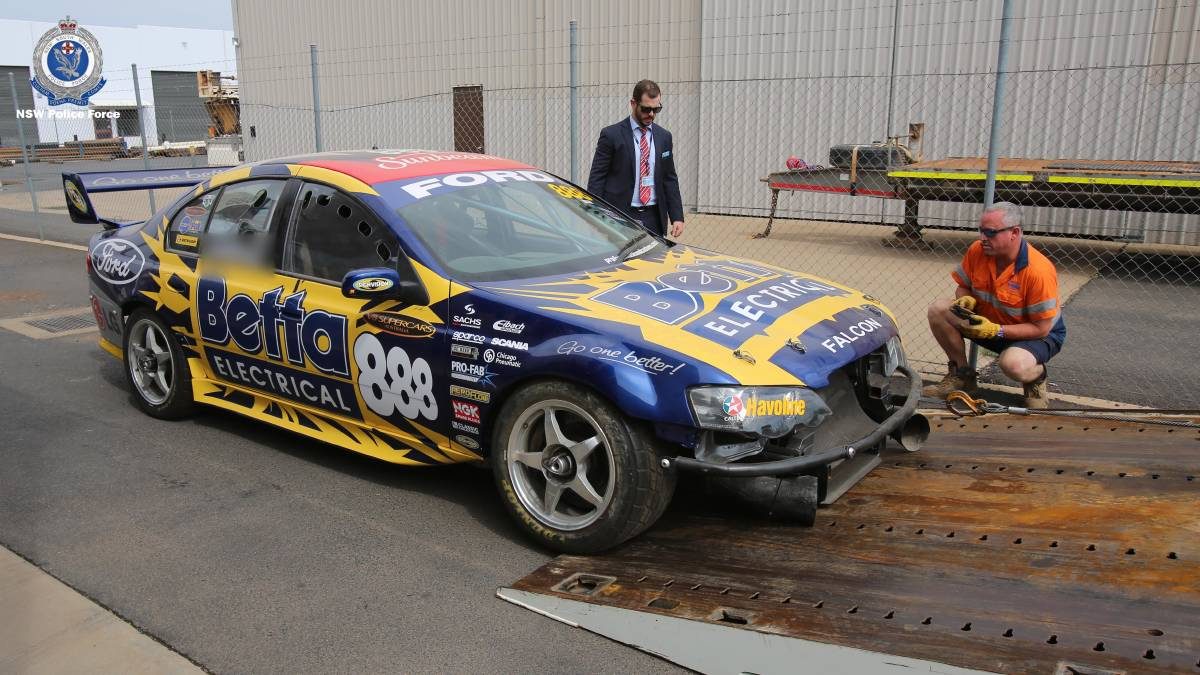 Police have seized what appears to be an ex-Triple Eight Supercar in drug raids in the Hunter Valley, around Newcastle, and Dubbo.

According to the Newcastle Herald, the raids took place earlier today as party of Strike Force Bato, which has been formed to combat commercial supply of cannabis.

The car, which is not specified as having been seized in either the Hunter or Orana regions in media reports, has been identified in reports as a ‘V8 Supercar’.

Newcastle-based journalist Sam Burbury, of NBN News, has however tweeted about the car, suggesting it was located in the former region.

While the identity of the chassis is not known, the componentry at the front of the car appears Supercars-specification and there is a ‘Larry bar’ which featured in Project Blueprint-era Supercars behind the windscreen.

The livery is a close replica of Triple Eight Race Engineering’s Team Betta Electrical colours from either 2005 or 2006.

While the front guards are noticeably more flared than those which a Supercar would normally carry, the rest of the bodywork looks faithful to the original.

The 2006 Supercheap Auto Bathurst 1000 winner, codenamed 888-010, can at least be excluded from the list of possible chassis given that it was recently on display at the National Motor Racing Museum as part of a Craig Lowndes exhibition.

Another former Triple Eight Falcon of around that vintage raced in the Kumho Tyre Super3 round on the Gold Coast last October.

8 people have been arrested and a V8 Supercar towed away during drug raids across the #Hunter & #Orana regions – @nbnnews pic.twitter.com/v4GLmFBvWi