Edwards: ‘Semi-professional’ teams could be competitive under Gen3 > View 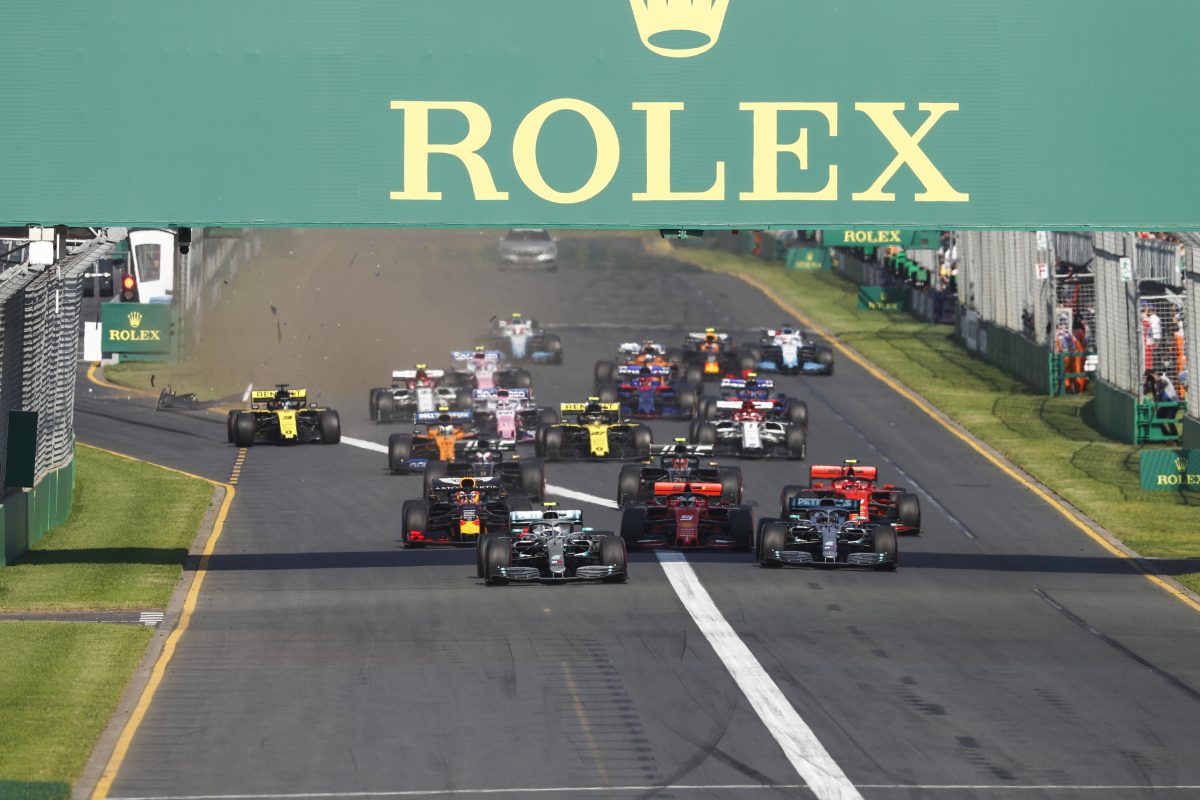 Ricciardo had his front wing ripped from his Renault when he ran onto the grass at the start of the race and drove across a pathway at pit exit.

The Australian had edged onto the grass in a bid to avoid a slow starting Sergio Perez.

Ricciardo kept his foot in before driving into what he described as a ‘massive gutter’ around the path that caused damage to his car, forcing him to pit at the end of the opening lap.

His race came to an end on lap 31 when Renault told the seven-time grand prix winner to stop the car due to the damage sustained in the opening lap incident, according to team boss Cyril Abiteboul.

Australian Grand Prix Corporation (AGPC) CEO Andrew Westacott says the area of track will be analysed as part of an ongoing process to potentially evolve the circuit.

“There is a cross path there and it has been there for 24 years and always part of the circuit,” Westacott told Speedcafe.com.

“He hit it and there was slight undulation or difference (in surface) and it caused the grief.

“It is probably something that is quite fixable at anytime.

“We will wait for the track inspection report and as we do, we will analyse everything from the track infrastructure, operations and motorsport teams and we will see what we can do.

“Regardless that it affected Daniel, if it did cause a mechanical issue or a breakage then it is important to have a look at it.

“You don’t want that to happen if it can be avoided. We will definitely have a look at it.”

Prior to the race weekend, the AGPC confirmed to Speedcafe.com that it is evaluating a possible resurface which could lead to changes to the circuit to improve the racing.

Westacott has consulted with F1’s director of motorsport Ross Brawn throughout the Australian Grand Prix with the AGPC expected to continue discussions around track changes over the coming months.

“I had a number of conversations with Ross Brawn over the weekend of a very general nature and we talked about ways to evolve the track in the same way as the cars evolve,” Westacott added.

“We will liaise with Ross and his team and they will look at the data from this race and that will help us get a steer of what might be possible.”

Drivers have offered mixed opinions of the current track surface with some arguing a resurface is required while others feel the bumps are part of the circuit’s character.

“I like the track the way it is,” said Lewis Hamilton.

“I think it’s a great circuit because there are not particularly massive run-off areas. If you put a wheel wrong, it generally does bite you which is great and how it should be.

“The bumps are part of the character of what Melbourne is so if you were to iron those out it would lose a lot of… you know, it does make it trickier for us but that’s a part of it, you need that.

“I don’t like these circuits which are super flat and super smooth, don’t cause us troubles.”

However, Perez believes it is time the track is resurfaced.

“I think so, it is quite bumpy,” said Perez when asked by Speedcafe.com.

“Every year we come here it is one of the bumpiest tracks, it is ok but it can be better.”

Next Story Ricciardo 'too busy pleasing everyone else' in Melbourne