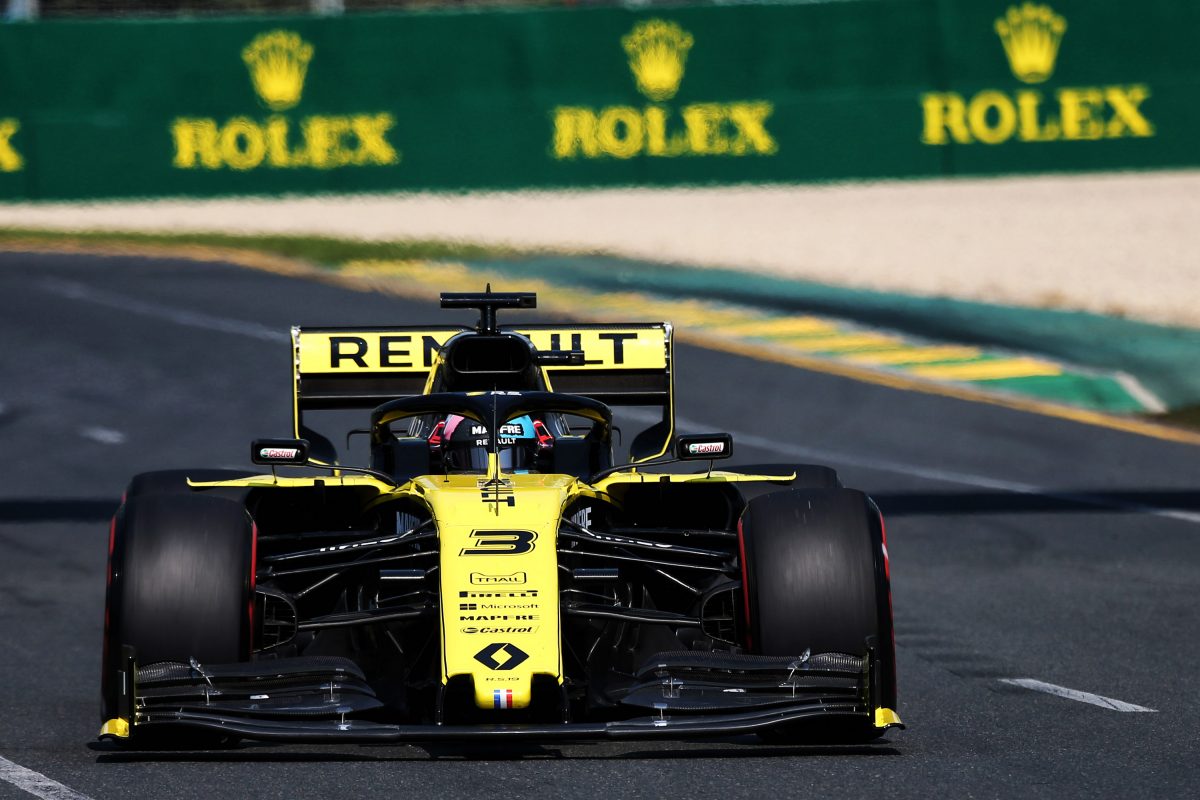 A frustrated Daniel Ricciardo shouldered the blame for his non-appearance in the final part of qualifying for tomorrow’s Formula 1 Rolex Australian Grand Prix.

The Australian narrowly missed out on making it through to the final part of qualifying and will start 12th for tomorrow’s race, one spot behind his Renault team-mate Nico Hulkenberg.

The result left Ricciardo rueing a mistake at the first corner on his best lap which he believes was the deciding factor.

“Being through to Q3, that was really the target because I thought we could achieve it,” Ricciardo said.

“Half a tenth it’s always – you can find that in the driver, so I blame myself for the Q3 before I blame the car.

“It got stacked up into the last corner and there was a bit of jostling for track position and everyone was just going slow.

“I just felt the tyres were a bit cold and opening the lap I didn’t really have that much confidence getting into Turn 1, so I lost the time there.

“It’s always painful when you know you haven’t really got 100 percent out of it, but it’s all good.”

Despite the disappointing qualifying position, Ricciardo was left happy with the progress made on his car after an uncomfortable Friday.

A problem with the seatbelts in the Renault RS19 on Friday saw the 29-year-old sitting out the early minutes of Practice 2.

There are also characteristics of his new car that he’s beginning to come to terms with and tweak to his liking.

“I guess with the car yesterday I was not as comfortable and happy so even though it’s not the result I wanted I was actually more impressed with just the confidence I could drive the car with today,” he added.

“Things like brakes, testing I struggled a lot with braking and feeling on brakes,” he added.

“I think we made a step this weekend to getting more confident on that.

“General ride of the car, like suspension I think we made a step as well, so it’s getting there.

“Yesterday I didn’t feel I drove with that much confidence, I felt like I took a step forward today.

“It’s still not what I want, but it’s getting close.”

The Australian Grand Prix gets underway at 1610 AEDT tomorrow.