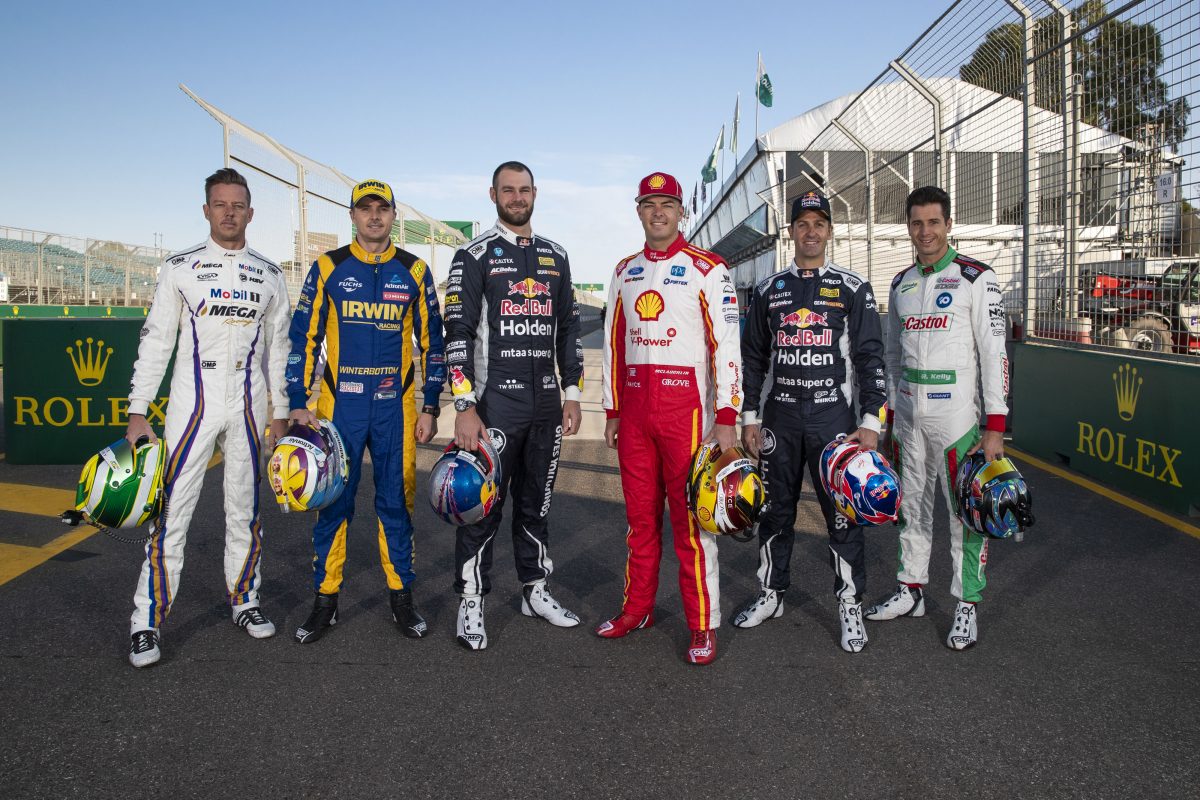 The 1000th race will be brought up shortly in the second race of the Beaurepaires Melbourne 400 weekend, in which drivers race at the Australian Grand Prix for the Larry Perkins Trophy, a nod to LP’s place as both a local touring car legend and former Formula 1 driver.

Speedcafe.com sought reflections from Perkins himself as well as the current Virgin Australia Supercars Championship title holder, McLaughlin, and the most prolific champion, Whincup.

The latter has not only won an unmatched seven championships, but also a record 113 races.

He nominated two standout memories, one in which he prevailed as race winner and another in which he missed out in one of the most dramatic moments which Supercars has ever seen.

In the opening race of 2012 in Adelaide, Whincup caught and passed long-time friend Will Davison, who was low on fuel, on the final lap.

The victory came less than a week after the death of his father, David.

He also highlighted the manic 2014 Supercheap Auto Bathurst 1000, when Whincup lost the lead at the start of the final sector as his Red Bull Commodore coughed, after almost eight hours of racing, as another major moment for the championship.

“For me personally, Adelaide 2012 race is favourite of mine but I think as far as the category goes I reckon one of the best races of all time was the 2014 Supercheap Auto Bathurst 1000,” Whincup told Speedcafe.com.

“Chazzie and I dicing it out on the last lap after starting last and second last… the emotions of that race were out of control.

“I just remember Neil Crompton having no breath at the end of it. He had been yelling at the screen for almost eight hours.

“It did not stop all day. I think that is one of the greatest races that championship has ever seen.

“When I look back at it, I’m just happy to be involved in one of the best races of all time. Unfortunately, I didn’t stand on the podium that day but I contributed to what was some fantastic sport.”

McLaughlin, who lost a championship in heartbreaking circumstances in Newcastle in 2017, before sealing the deal in the same location a year later, similarly opted for someone else’s triumph after he could single out a win of his own.

He suggested that, for Supercars overall, Craig Lowndes winning last year’s Bathurst 1000 in the final months of his long and popular career as a full-time driver was one of the best.

“Geez, that’s hard (to decide). I don’t know,” McLaughlin told Speedcafe.com when asked about his own favourite.

“Personally, I think we’ve had some crackers throughout, I think that’s what’s made our series so popular.

“If I had to go back to one that really should have happened, for Lowndes to win Bathurst last year, I wouldn’t say it’s my favourite because I didn’t win, but I think for the category I think that was one of the iconic and best storylines for the category.”

Perkins never won a championship and famously prioritised the Bathurst 1000 as far and away his most important prize as a driver, team owner, and respected engineering brain.

Ironically, his best memories of Australian touring car racing come in half a dozen or so races which in fact didn’t count towards the championship, namely the three Bathurst 1000s he won in his own team and another three with the Holden Dealer Team.

Perkins reasoned that the competition, rather than the points-paying status of a trace per se, was what drove him.

“I have the great luxury of having many more than one of the races and that in itself, I think ‘How good’s that?’, that I’ve got more than one to select from of those thousand races,” he told Speedcafe.com of the races he remembers fondly.

“For sure, I like to reflect on my Bathurst wins, and certainly the ones I won in my own right stand out above the other ones I won with Peter, but I’ve had some individual good races that I look back on.

“I never tracked whether I was in a championship race or not but I think there’s the Eastern Creek 500 (a 1990 touring car race known as the ‘Sydney 500’). I think we won that against the Sierras and that was pretty good because we won it from the front.

“I’m pretty happy with my era of racing and as I say, the reason I raced in Australia and came back from dumping my dream of Europe was to go to Bathurst, and I suppose I let that be known to people.

“A race is still a race, it’s the competition around you that’s a race.

“I suppose the only small reflection I have, not a really big one, is that I should have tried a bit harder to win some championship races. I think I did win a few, not that many though, and that never fussed me.”