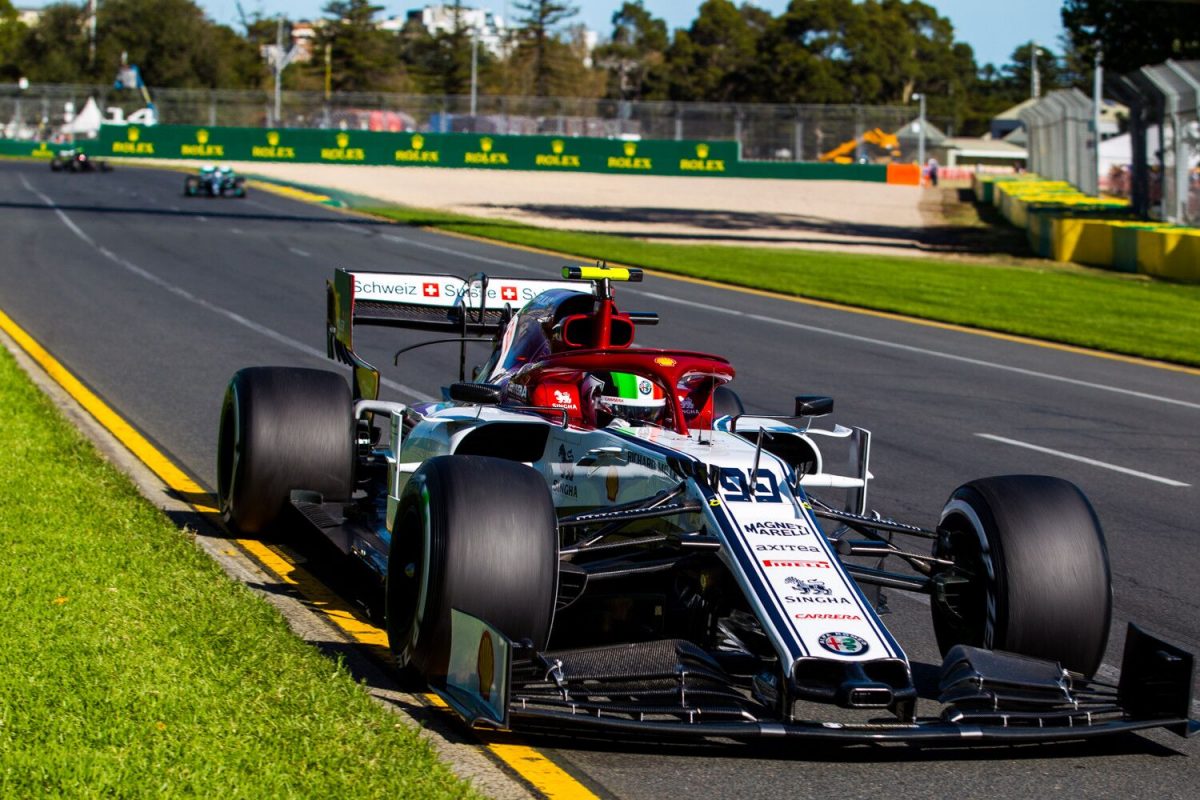 Regulation changes this season have seen front wings increase in width, with simplified flaps in an effort to produce less turbulent air and allow cars to follow one another more closely.

While Michael believes the change will do little to change the established pecking order, and favour the larger teams, he is impressed by Alfa Romeo’s ingenuity.

The Swiss-based team’s front wing has placed the flaps further inboard than its rivals, leaving an uninterrupted path over the wing to the front tyre.

Standard designs have attempted to divert the airflow around the tyre.

“It’s a radical departure honestly, so it’s a really good point,” Michael told Speedcafe.com as he analysed the design.

“What I don’t know is how do they, in steering and cornering, how do they clear the front tyre wake.

“You can imagine the vortex coming off the tip of the end plate is very weak compared to a traditional Formula 1 wing, so it’ll have some upsides then downsides.”

According to Michael, the intent of the wing is to control the airflow around the front wheels and direct it under the floor.

Once underneath the car, the airflow is energised by the diffuser, the net result of which is more downforce.

Regulations limit where the flaps on the front wing can be placed in reference to the centre line of the car, with a 250mm gap mandated.

This section is referred to as the Y250, with teams typically placing their front wing elements on the very edge to maximise the surface area available.

“So that vortices there, they’ll be trying to create a huge vortices to go and meet the diffuser just to get more downforce straight from the diffuser,” Michael explained.

“The reason that they’ve probably backed off of the tips of the front wing is because it’ll (the airflow) just all separate.

“If you try to just do that across the whole front wing, then you’ll probably just separate, the flow will separate underneath.

“It’s making the vortices that go to the diffuser much stronger, I would say that’s what the target of that is,” he added.

“There’s no way it will be as strong as having something from the end plate, but the end plates aren’t quite far outboard.

“Let’s see if it works. It’s quite a big departure.”

Kimi Raikkonen set the sixth fastest time in both of Friday’s practice sessions at the Formula 1 Rolex Australian Grand Prix in Melbourne.

The Finn’s young team-mate, Antonio Giovinazzi ended the season’s first official day in 15th, having been 11th fastest in the opening session.

Final practice begins at 1400 AEDT today ahead of qualifying at 1700.