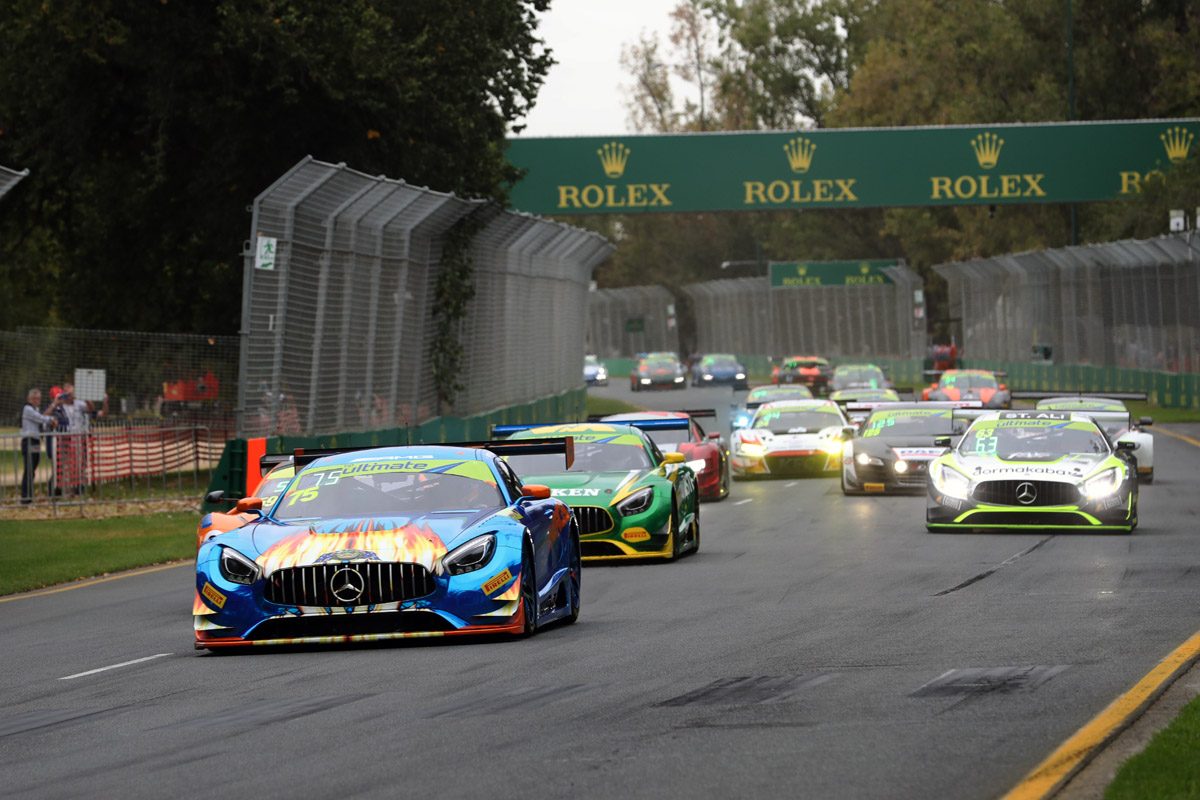 Kenny Habul has won the second Australian GT Championship race of the weekend at Albert Park with a commanding performance.

Habul took the lead as the field poured into the opening corner, pole-sitter Ross slotting into second with Twigg a comfortable third.

The SunEnergy1 Mercedes quickly pulled clear, extending a comfortable advantage over the second placed McLaren which had its mirrors filled by Twigg.

After a short scuffle for second, Twigg’s challenge was blunted as he fell off the back of the McLaren to trail it home in third.

Free from the challenge from Twigg, Ross quickly reeled in Habul, though never got within touching distance to mount a serious challenge for the win.

Traffic in the clsoing stages brought Ross within touching distance of Habul, but an opportunity to make a move never materialised

Richard Gartner was also in the wars, nosing into the barriers after running wide at Turn 12 which spat him across the road. 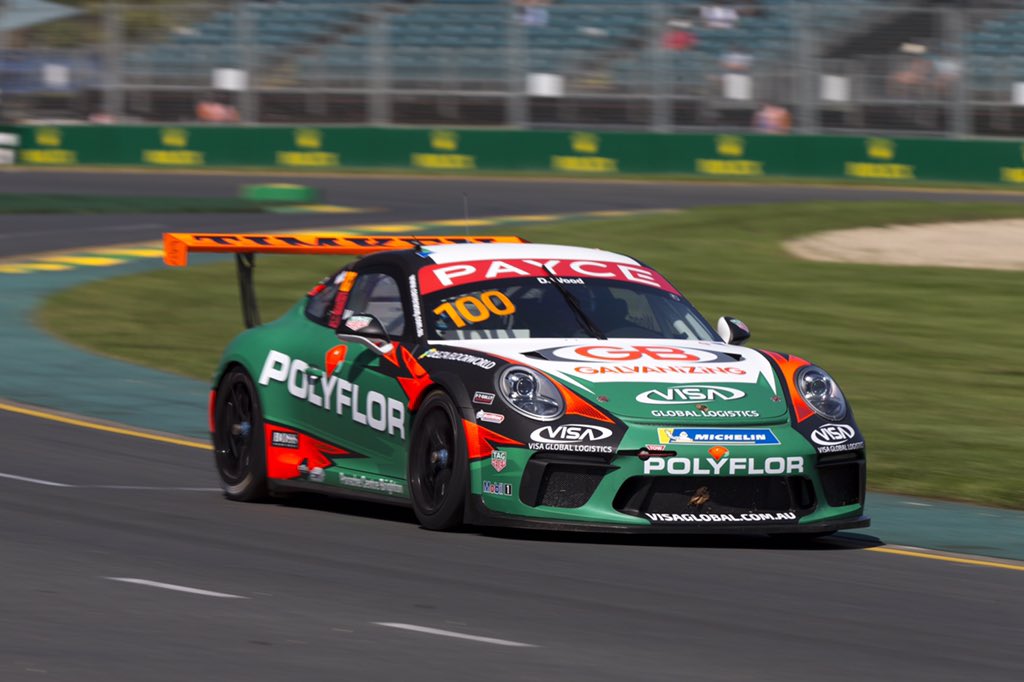 Wood and O’Keeffe went shoulder to shoulder through Turn 1 at the start; Wood coming out the other side on top as O’Keeffe lost a place to Jordan Love.

O’Keeffe’s race ended on Lap 2 after he clipped the tyre bundle at Turn 5 and damaged the front right corner of his car.

Series leader Nick McBride ran off the road at Turn 1 on Lap 5 and damaged his splitter, ultimately falling back to ninth from fifth.

Wood took the chequered flag by 1.7s over Love, while Warren Luff was third ahead of Cameron Hill and Thomas Maxwell as Liam Talbot earned the Pro-Am honours.

Race 3 for Carrera Cup Australia will begin on Saturday at 1520 AEDT. 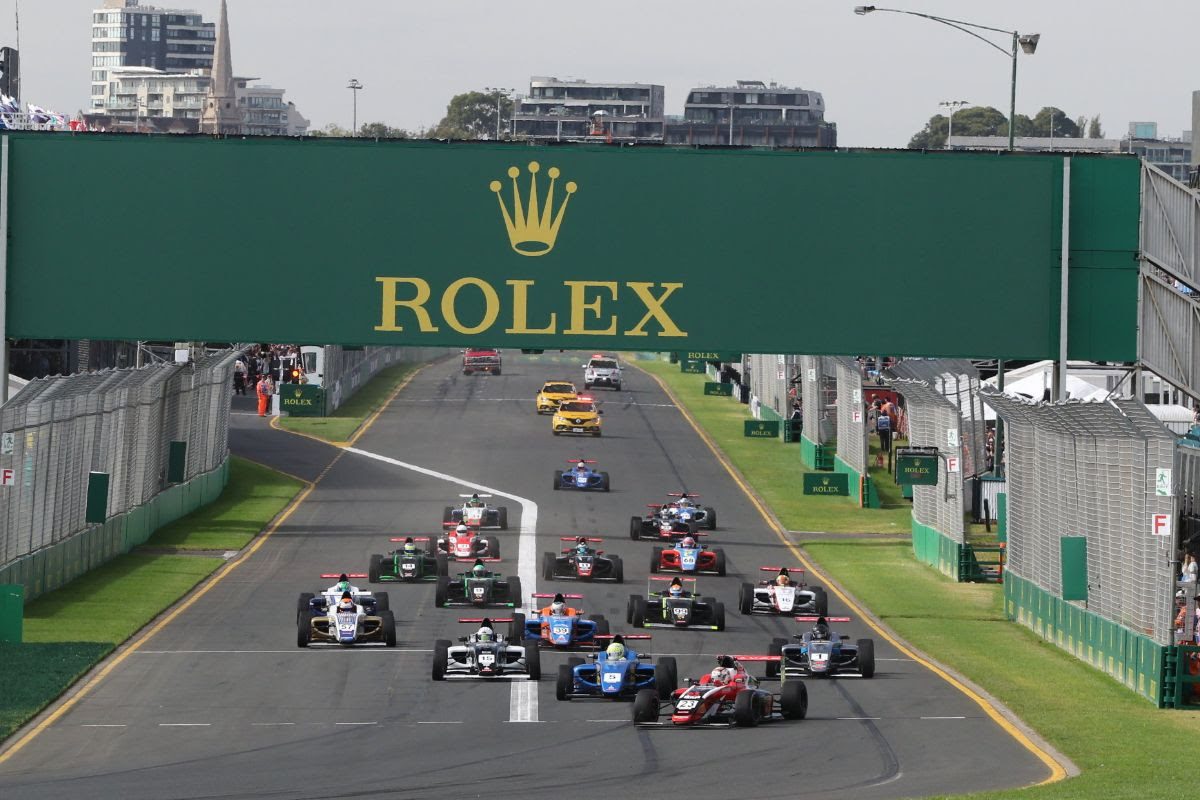 Luis Leeds hung on despite an apparent loss of power to claim a shortened Race 1 of Round 1 of the CAMS Payce Australian Formula 4 Championship.

The AGI Sport driver got the jump from Castrol Pole Position as team-mate Jayden Ojeda slipped down the order from the outside of the front row.

Ojeda was fourth to the first corner and dropped all the way to seventh having been hung wide on the exit kerb through the Lakeside Stadium car park.

Behind, three cars got trapped in the Turn 3 kitty litter, necessitating a Safety Car.

Jackson Walls had run long before he was hit by Heath Collinson, who was spinning as a result of apparent contact with Christian Lester.

Leeds helped himself to a 0.8s buffer as the race restarted on Lap 4 and was still half a second up Ryan Suhle (Team BRM) as they started Lap 5.

However, Leeds lost all pace around the latter end of the lap such that he was even defending in a straight line.

Luckily for him, time-certainty meant that was the final lap and he pipped Suhle by 0.1412s, with Lochie Hughes (Team BRM) third, Jackson Burton (AGI Sport) fourth, and Ojeda fifth.

Race 2 of three for the weekend takes place tomorrow at 1150 local time /AEDT.