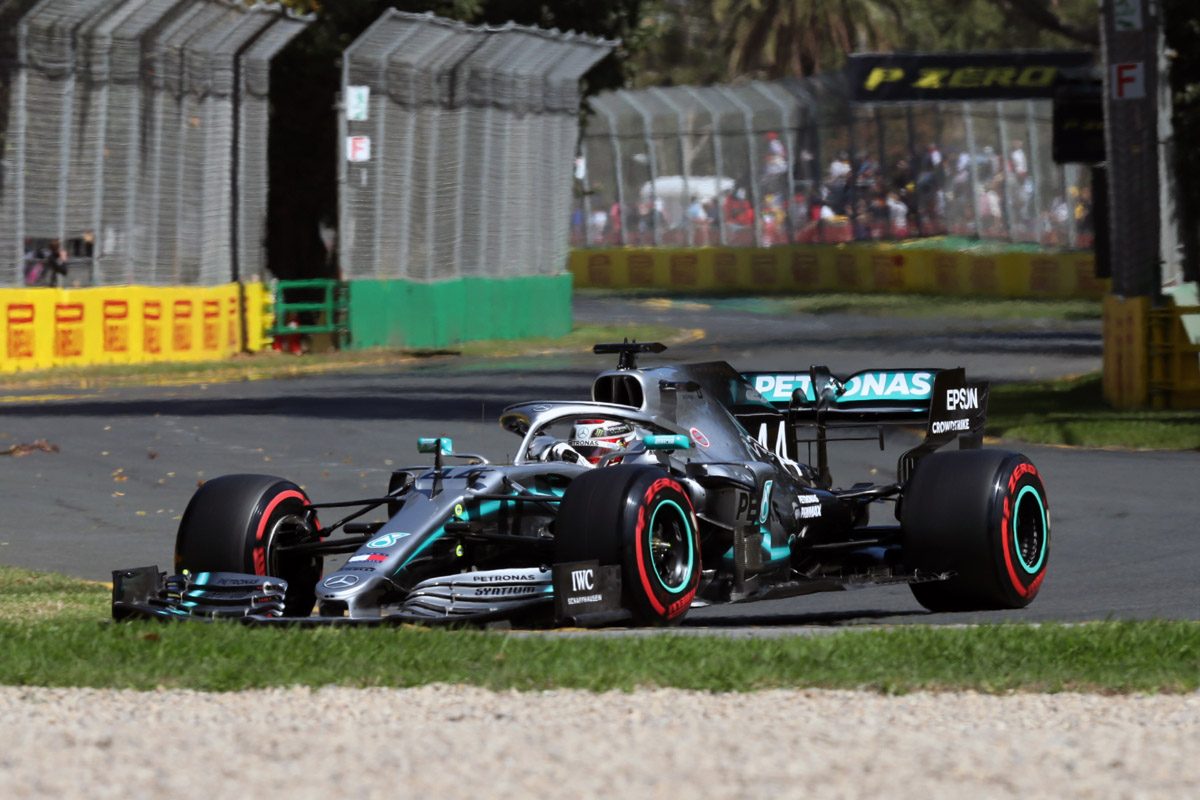 Red Bull was third and fourth from Sebastian Vettel in fifth, though none of them were within eight tenths of the pace set by Hamilton and Bottas out front.

Charles Leclerc had a late spin when he bottomed the Ferrari out on the kerb at Turn 4, looping around and coming to rest harmlessly on the side of the track.

Alexander Albon and Antonio Giovinazzi also had spins, in their case at the penultimate corner when they had separate spins onto the grass before carrying on.

Kimi Raikkonen impressed in the Alfa Romeo in sixth while Daniel Ricciardo finished the 90-minute session in one spot behind team-mate Nico Hulkenberg in eighth.

Leclerc was then ninth from Romain Grosjean, who rounded out the top 10.

It lasted at the top of the sheets for only a few minutes, with both Sergio Perez and then Pierre Gasly going faster.

Times continued to gradually tumble before Mercedes stamped its authority on the session with Hamilton and Bottas both dropping into the 1:23s bracket.

The Mercedes pair then lowered the benchmark further into the low 1:23s, times set on the medium compound Pirelli tyre before Bottas dipped down to a 1:22.648s with the car seemingly still at a canter.

Hamilton’s lap shortly afterwards proved just 0.048s faster than his team-mate, and would remain untroubled at the top of the timesheets for the balance of the session.

Ricciardo’s entry into the session was delayed as Renault worked inside the cockpit of his car, before finally turning a 1:25.220s which left him 11th fastest on his first timed lap.

As the session wore on both Ricciardo and Hulkenberg found their way into the top 10, remaining among the likes of more fancied runners from the likes of Red Bull, and Ferrari.

Just 1.3s covered the field from third to Lando Norris in 18th, while Williams again languished at the back more than 1.7s slower again.

In this instance it was George Russell ahead of Robert Kubica, the pair banking 65 laps between them for the team which missed the opening part of pre-season testing.

Despite Mercedes’ apparent dominance of the session the pecking order remains unclear, with Ferrari not showing its hand at all in Practice 2.

Conversely the midfield seems even more congested that first predicted, with Alfa Romeo, Renault, and Haas looking the likely favourites in the mid-pack.

A final 60-minute practice session remains for teams, coming up at 1400 AEDT on Saturday.