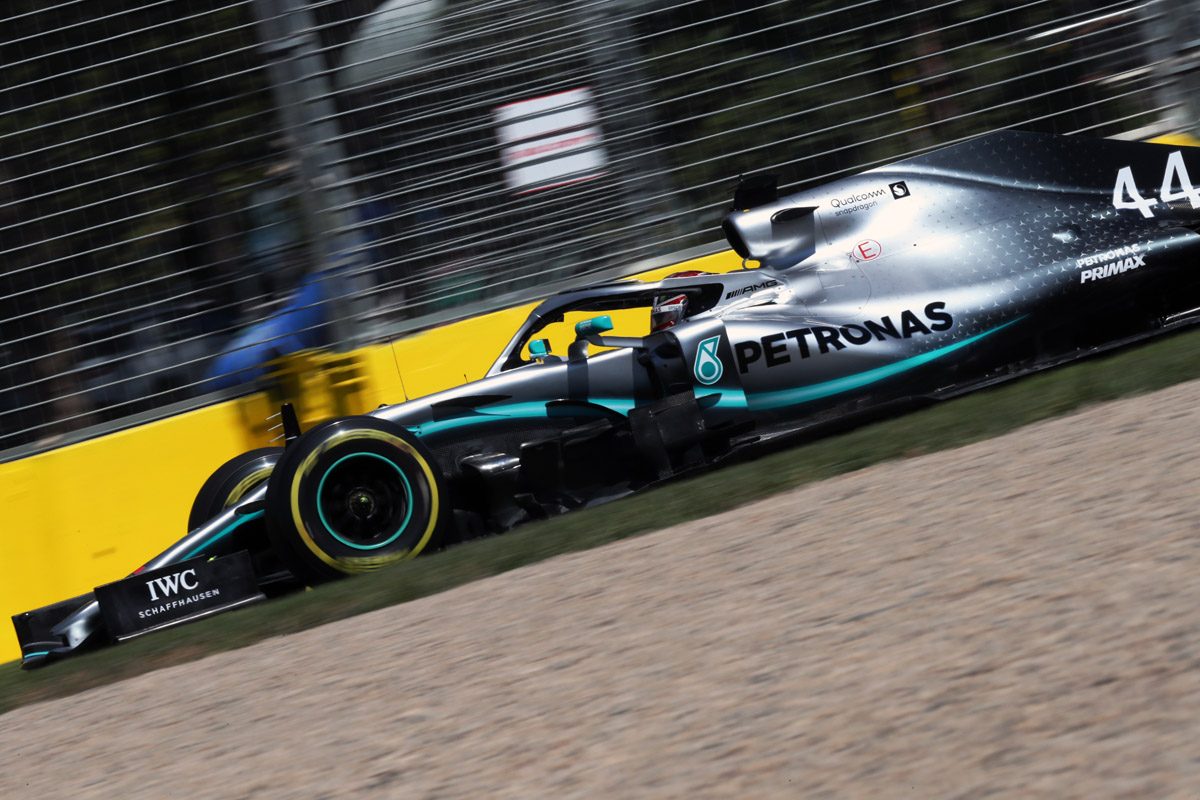 Lewis Hamilton ended the opening practice session of the 2019 Formula 1 season fastest but it was a close run thing against both Ferraris.

Hamilton banked a time in the final third of the session to take him to the top, before first Charles Leclerc and then Sebastian Vettel responded to leave the trio split by less than a tenth of a second.

Red Bull’s Max Verstappen was fourth best from Valtteri Bottas while Daniel Ricciardo ended the session just 17th and more than two seconds off the pace in his Renault.

It was a tough session for Renault, with Nico Hulkenberg sitting out much of it with an electrical issue, the German only emerging for any meaningful running with 20 minutes to run. He was able to snare a time good enough for 10th spot.

A single red flag was shown when Alexander Albon spun his Toro Rosso at the second corner, clouting the wall with the rear wing which whipped the front of the car into the wall and plucked off the front wing.

Robert Kubica battled with his Williams early, wrestling to get the car turned in early and even taking a tour over the grass at Turn 2.

There was a moment for George Russsell in the sister car too, the debutant told to stop his car in pit lane so the team could drag it back to the garage.

The two Williams drivers ended the session slowest of anyone, Kubica 19th and 4.3 seconds off Hamilton’s pace, and Russell another eight tenths back.

Bottas had a moment in the closing stages, grabbing a wheel full of grass under braking into the penultimate corner and running up the escape road.

The Finn had headed the session for much of the running, with Verstappen within touching distance until the Mercedes pair lifted the pace.

Having kept their powder dry for much of the session, Leclerc gave a glimpse of Ferrari’s hand with 25 minutes to run, banking a 1:23.673s to all but match Hamilton’s best of the session.

His effort was swiftly followed by Vettel who was 0.038s off Hamilton’s best to slot in narrowly ahead of his team-mate.