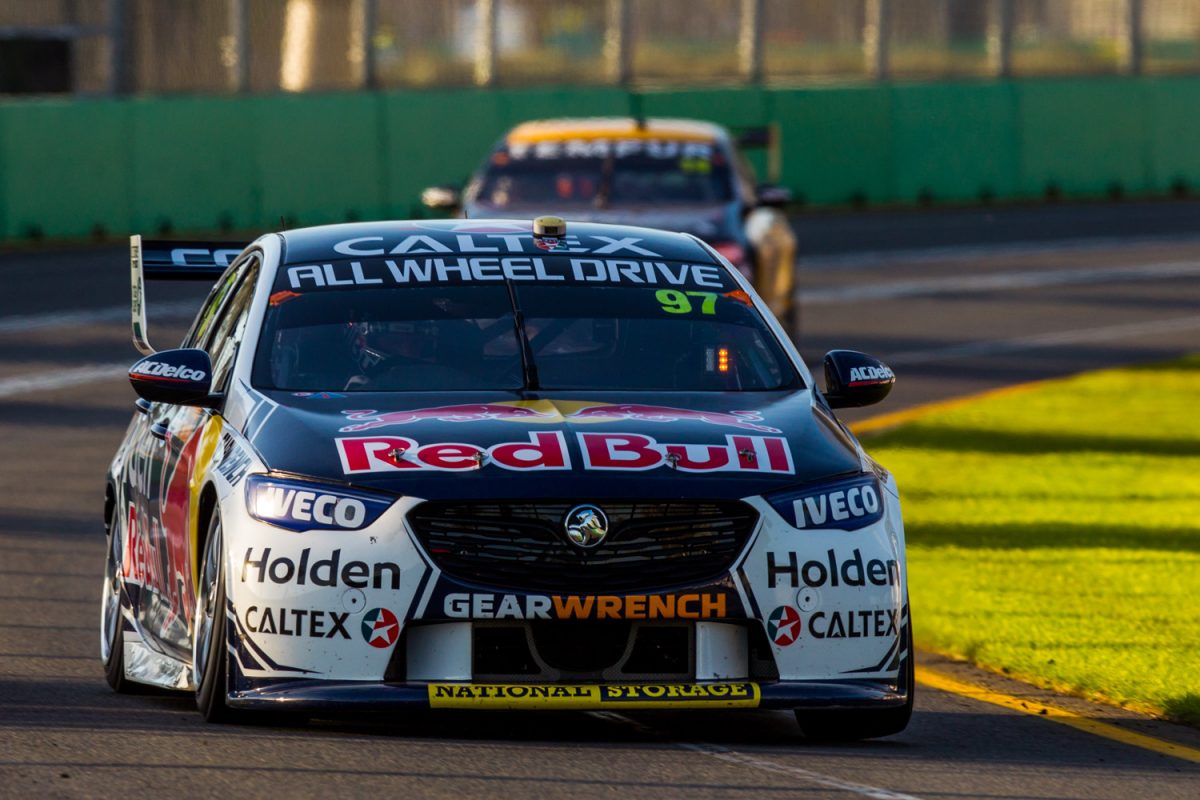 The 2016 Supercars champion was on course to finish fourth and split the Ford Mustang domination of the 25 lap heat when his ZB Commodore came to a halt at Turn 1 with four laps remaining.

Triple Eight has confirmed that the car stopped due to an engine issue rather than a transaxle issue which was originally reported.

Had the transaxle been at fault it would be the first problem for the new Xtrac gearbox which has been introduced to the category this year.

Team manager Mark Dutton says the squad will replace the engine overnight and carry out a full investigation into the failure.

“So not the transaxle but it is engine,” said Dutton.

“We don’t know exactly what in the engine but obviously a catastrophic failure that caused it to not be able to continue.

“It’s very unusual. We’ll replace (the engine) tonight for tomorrow, but we’ll also dig deep to understand what component failure has happened to cause that knock-on effect.

“I can’t remember (the last engine failure). The only real ones that spring to mind engine-wise are more electronics letting us down.

“We’ve had a few throttle position sensors and the like.

“But as for mechanical engine stuff, touch wood we’re pretty rock solid there.

“We’ve all been working really hard, including (engine builder) Kenny McNamara and the engine shop, to make sure we don’t have any DNFs – and we’ve clearly had one now.

“We’ll step it up throughout Triple Eight and the engine shop and make sure it’s a one-off.”

It has proved to be tough week so far for van Gisbergen having been the victim of a splitter mix up during practice on Thursday.