DJRTP Mustangs well on top in Practice 2 at Albert Park

DJRTP Mustangs well on top in Practice 2 at Albert Park 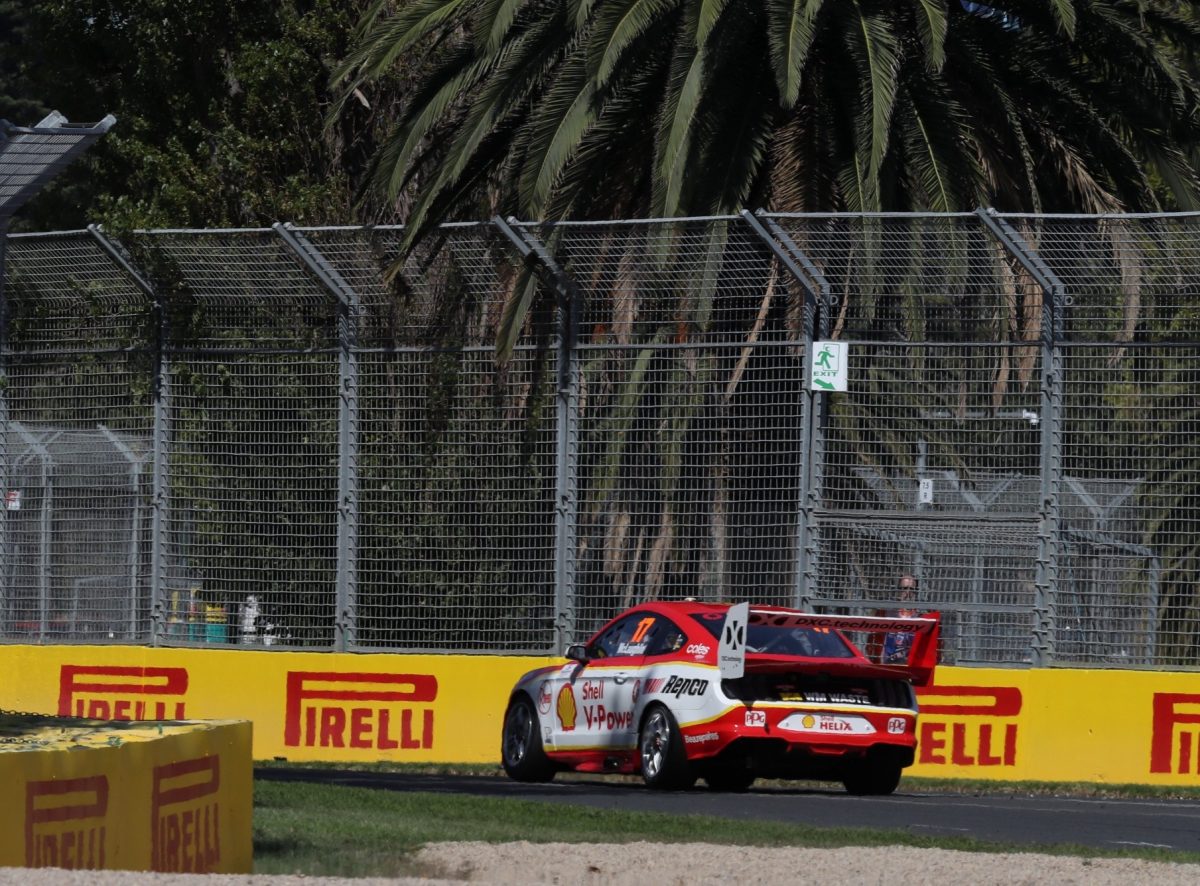 Scott McLaughlin and Shell V-Power Racing team-mate Fabian Coulthard have headed Practice 2 by some margin at the Beaurepaires Melbourne 400.

Coulthard, the second fastest of the two DJR Team Penske drivers, was himself a clear four tenths of a second faster than another two Mustang pilots in Tickford Racing’s Chaz Mostert and Cameron Waters.

Reynolds was the best of the Holden runners in fifth position as most, if not all, went for Armor All Qualifying simulations at the end of the second 30-minute session of the day at Albert Park.

McLaughlin had an early off at Turn 3 in the #17 Mustang but recovered to be fastest once the 24 drivers had got through their second runs.

He was bundled as far back as 11th as the field completed their final laps before vaulting to a 1:54.5518s with the chequered flag out.

“It was alright,” said Coulthard of his personal best.

“We can always make it better but that’s the racer in me, always trying to find the next bit to make the car better.

“We’ve got quali next, so it should be fun.

“I’m not good at dancing,” he added regarding how his car was driving.

Mostert had set a 1:55.1711s on his final timed lap in the Supercheap Auto Mustang which left him less than a tenth ahead of Waters in the Monster Energy Mustang.

Reynolds (Penrite ZB Commodore) was ever so slower than Waters but 0.7203s off McLaughlin’s pace.

One position behind the sixth and final Mustang of Davison was Castrol Racing’s Rick Kelly in the first of the Kelly Racing Altimas.

Shane van Gisbergen, who had splitter problems in Practice 1 and was reportedly already up to a third front bar, was again a long way from the top of the timesheets in 20th position in the #97 Triple Eight ZB Commodore.

The Armor All Qualifying sessions for the first two races of the weekend start this afternoon from 1640 local time/AEDT.