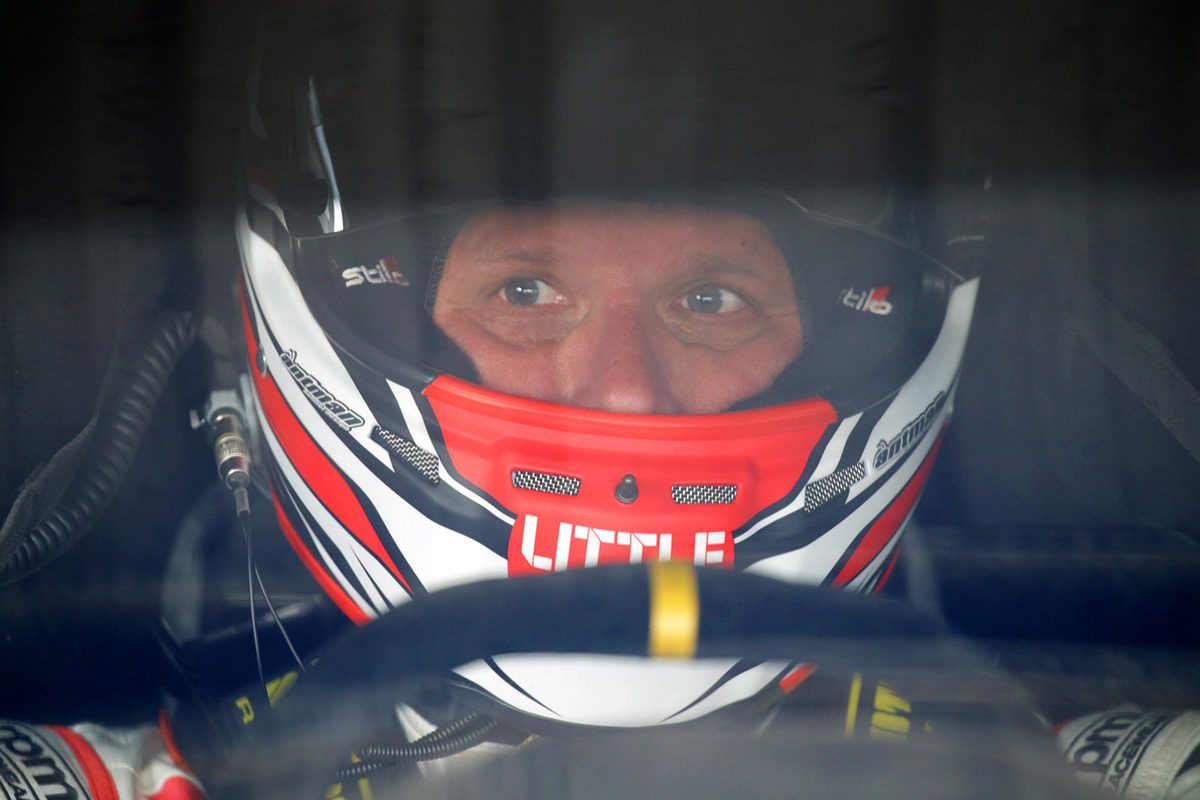 Garth Tander has revealed a plan for Triple Eight wildcard outing at the Pirtek Perth SuperNight was investigated before being ruled out due to logistical reasons.

The 2007 Supercars champion has found himself on the sidelines following Garry Rogers Motorsport’s shock decision to drop the driver in favour of Richie Stanaway in January.

Tander’s services have since been acquired by Triple Eight for its Pirtek Enduro Cup campaign with the driver teaming up with Shane van Gisbergen.

Having not been offered the opportunity to farewell the full-time Supercars scene, an opportunity for a wildcard with Triple Eight at his home event, now under lights, was initially tabled.

However, with the May 2-4 meeting also a round for Super2, Triple Eight is stretched for personnel and equipment to be able to carry out the project, now that it is running Kurt Kostecki and Brenton Grove in the second tier series.

While the West Australian admitted the project to contest the first Supercars night race on the newly surfaced Barbagallo Raceway would have been ‘pretty cool’, he was only interested if the wildcard could be done properly.

“We had some very brief discussions about that but to do a wildcard we would only be doing it with Triple Eight and the Perth round is a round of the Super2 Series so from an equipment and personnel perspective that ruled it out,” Tander told Speedcafe.com.

“At this stage I won’t be doing anything in Perth, which is a shame; it would be nice to do something like that.

“You have to be realistic about it and if you are going to do it you have to do it properly.

“I would be interested in it (a wildcard elsewhere) if it was for the right reasons, not just to go for a fang.

“Perth being my home race, the first night race, and the first on a new surface, to align all that up would have been pretty cool.

“From an operational point of view we were not able to do it.”

Supercars boss Sean Seamer approached Triple Eight regarding a plan to run Tander as a wildcard in Perth according to team owner Roland Dane.

“Sean came to us and said could we do it?,” said Dane on the Inside Supercars podcast.

“I said I would love to do it but we don’t have the resources. We have got a crew and if they weren’t doing another program that weekend they could have done it.

“The calendar is the calendar and we have got contractual obligations which we have to fulfil.”

While Tander appears set to remain on the sidelines for his home event, the 41-year-old is working on securing a drive in the Australian Endurance Championship alongside his new television role at Network 10.

This weekend his role will expand to joining Network 10’s on-air team where he will focus on providing insight from Supercars’ Beaurepaires Melbourne 400 which supports the Formula 1 Rolex Australian Grand Prix.

Switching from the cockpit to behind the microphone has been an enjoyable experience so far for Tander.

“I have been interested in this area and to have the opportunity to do it with RPM and 10 has been great,” added Tander.

“The team has been great and we talk about each show in the week leading up to the recording.

“I feel like I have got a lot to learn and improve. I’m treating it like my driving where you analyse how you can improve.

“It (the role) is a little bit different but really mine and Michael’s (Caruso) roles are to look at things from a driver’s perspective.

“We tend to look at incidents a week later so the dust has settled a little bit and you can look at it in a more calm retrospective way.”