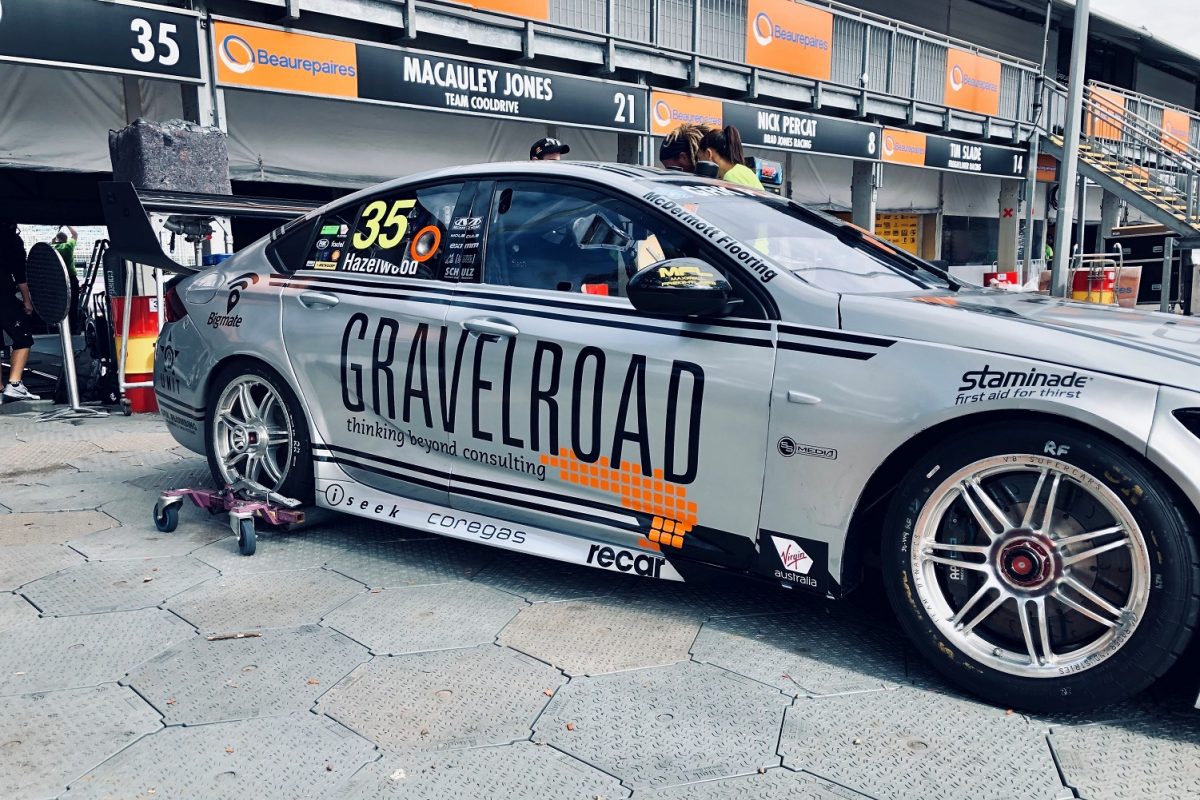 The new look for the Matt Stone Racing entry

The Todd Hazelwood-driven ZB Commodore retains its silver base but will now feature the branding of Brisbane-based management consulting firm Gravelroad on its flanks.

Gravelroad has been a commercial partner of MSR since it moved up to the Virgin Australia Supercars Championship last year and takes over title sponsorship from Unit Clothing, which retains a presence on the rear bar.

“Todd Hazelwood and the team typify this value, so we are proud to be naming rights partners of MSR at such a high-profile event on the Supercars calendar for both the team and Australian motorsport.”

Team Principal Matt Stone added, “As a team, we have set a strategy to make our mark on the 2019 championship, we are grateful that our partners such as Gravelroad share our vision and are prepared to show it with increased support.”

The team arrives at Albert Park off the back of its best ever weekend in the championship, in Adelaide less than a fortnight ago.

Running a Triple Eight-built Holden which Jamie Whincup raced for most of last year, Hazelwood and MSR initially achieved a best ever race result of 12th on the Saturday then bettered that by another two positions on the Sunday.