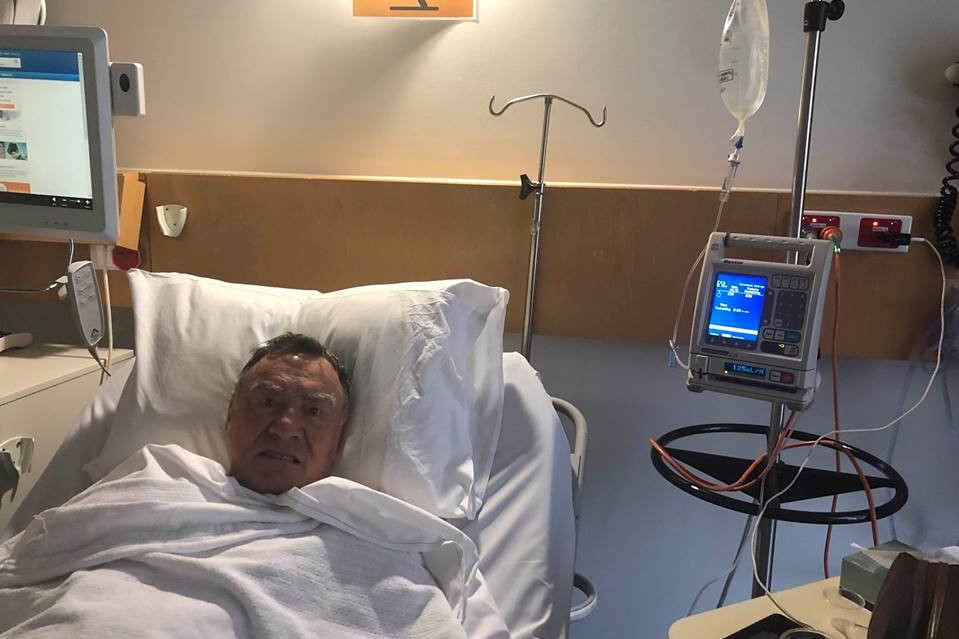 Larry Perkins is hopeful of being able to present the trophy which bears his name at this weekend’s Beaurepaires Melbourne 400 after an urgent operation to remove his gallbladder.

Perkins was due to drive in the parade at last weekend’s Phillip Island Classic as part of celebrations of the 50th year of Formula Ford racing in Australia, where another trophy named after him and his brother Terry was to be awarded to the winner of the trophy race.

Having left Phillip Island in an ambulance on Friday night, he had to wait until Monday morning for the infected gallbladder to be removed in a Melbourne hospital.

Despite the episode, Perkins, who was even apologetic for Classic and Australian Grand Prix organisers for not being able to fulfil certain bookings in the past few days, hopes to be in attendance at Albert Park later this weekend.

“Whilst in Phillip Island on the Friday night, I had excruciating pain in the stomach and then found myself in an ambulance heading for Wonthaggi Hospital and then early Saturday morning transferring to the Epworth Hospital in Melbourne,” read a message from Perkins on the Perkins Engineering Facebook page.

“The Doctor quickly found I had an infected and blocked gallbladder and it needed removing immediately, but the earliest that could happen was on Monday!

“Those who have experienced this would know how bad the pain was and unfortunately I just couldn’t make it over the weekend.

“I’ve just got home today, again thanks to everyone at the Epworth, hopefully a few days rest and I can make it out to the Grand Prix on Saturday or Sunday.

“Apologies extend to the Australian Grand Prix Corporation as I’ve had to cancel some functions this week, but hopefully I can present the trophy to the winner of the LP Trophy Sunday.”