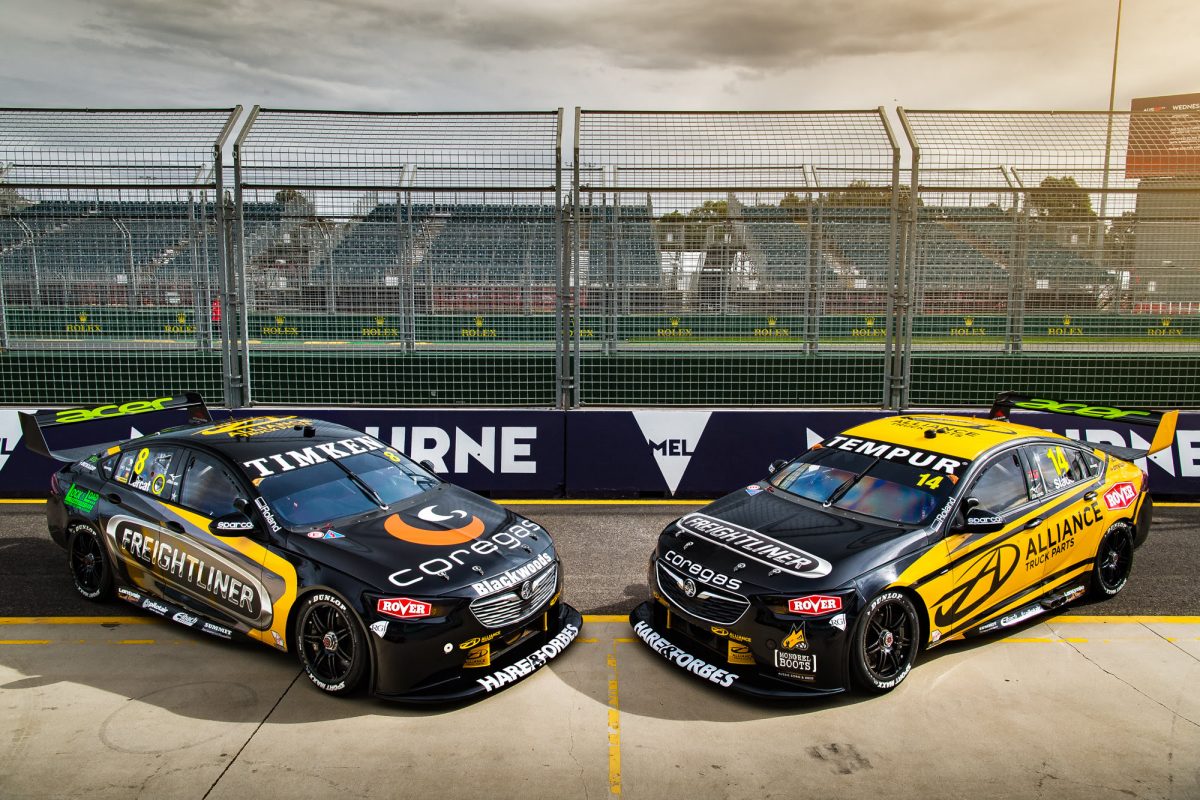 The #8 and #14 Brad Jones Racing entries at Albert Park

Nick Percat has taken on Tim Slade’s Freightliner livery as both adopt black and yellow hues on their Brad Jones Racing entries at this weekend’s Beaurepaires Melbourne 400.

Percat’s #8 ZB Commodore, which runs with a rolling sponsorship model, evokes the look which Slade carried in the Superloop Adelaide 500 a fortnight ago.

Slade, meanwhile, has a revised look with more yellow on Car #14 as it takes the branding of Alliance Truck Parts, a related business to Freightliner.

Both drivers had strong performances last time out on home soil, with Percat leaving the South Australian capital fifth in the Virgin Australia Supercars Championship and Slade ninth, having finished fifth and fourth respectively on the Sunday.

They now arrive at Albert Park, where Percat grabbed both of BJR’s two podiums for 2018.

“Tim and I had a promising start to our 2019 season in Adelaide,” he noted.

“Finishing fourth and fifth in the Sunday race was a strong result and at last year’s Melbourne 400 event we had a couple of similar finishes, notably our third and fourth place finish in race three (of the weekend) there.

“It would be great if we can go there again and achieve similar results.

“The Melbourne 400 event was our last podium finish and I know for the team, it’s been too long between drinks! They’re keen to see Slade and I spray some champagne.”

Slade added, “The BJR Supercars have traditionally been strong at the Melbourne event and I’m looking forward to building on what my engineer Tony (Woodward) and the Freightliner Racing crew formed in Adelaide.”

The BJR-run #21 CoolDrive entry, now driven by Macauley Jones, has taken on a spare chassis this weekend after the rookie’s brake failure-induced crash in Adelaide.

Practice 1 for the Melbourne 400 starts tomorrow at 1250 local time/AEDT.