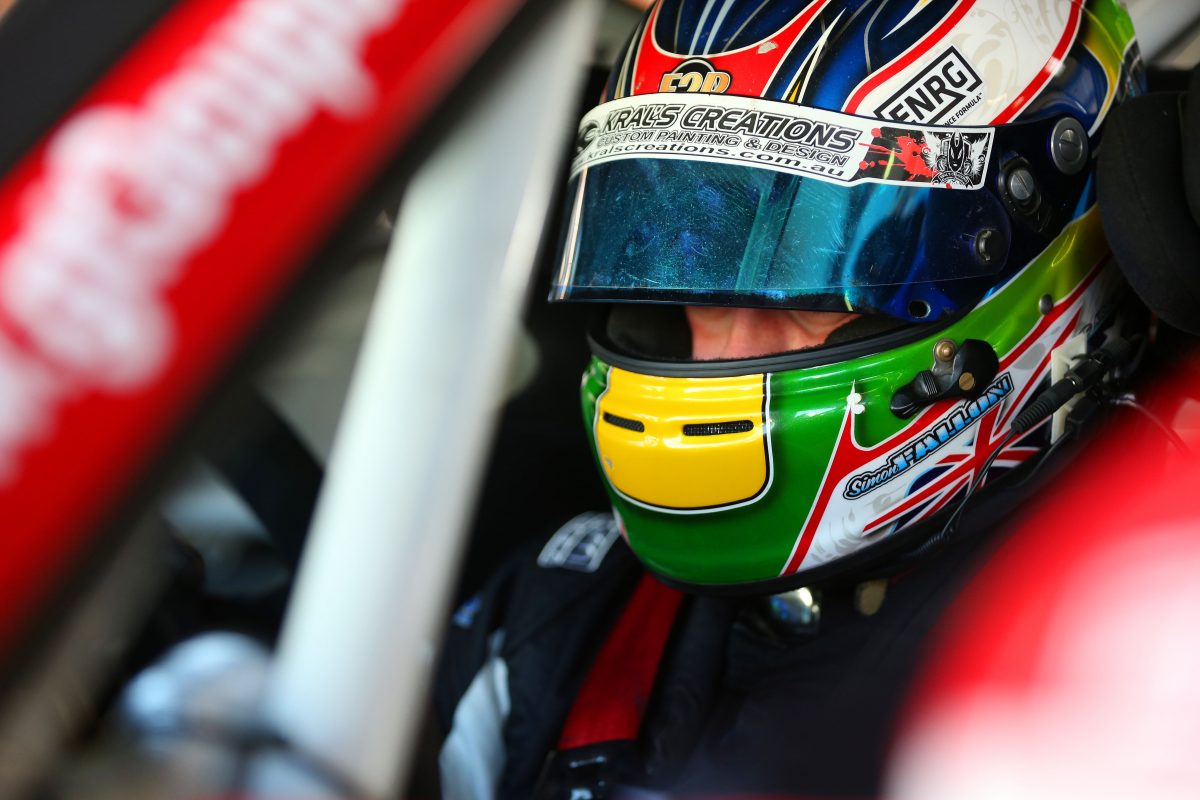 Simon Fallon is set to take much of the 2019 motorsport season off after being unable to stitch a deal together for the coming year.

However, the Victorian is instead looking at a reduced program as he focuses on returning in a full time capacity in 2020.

“Every other year I’ve kind of stressed out and worried about ‘we’re going to have to really struggle to get this or that done’,” Fallon told Speedcafe.com.

“This is probably the one year I thought it wouldn’t be as hard. We thought we had it all sorted and unfortunately the funding was pulled for us.

“It’s sort of hard going from winning a championship, going from that to nothing, but I guess that’s motorsport, you can’t really do much about it.”

With his chances of securing a full time drive this year becoming increasingly slim, Fallon is now looking at making cameos as selected events in an effort to put himself on the front foot for next season.

“I’m sure there’s probably a one off racing in Carrera Cup or something,” he admitted.

“It’s just for a full time drive right now we don’t really have anything locked in. There’s not really a high possibility of that.

“If I was to race one event it probably would want to be a track like a street circuit or a track that other drivers don’t really get to test at as much,” he added.

“Because I know we wouldn’t really get the testing in the car so I want to try a track that no one gets to test out, sort of level it out a bit more. That would be great.

“I’d rather do that than be in a boat where all the young guns and all the new kids in that year are in the same boat going to a new track rather than go to a track that they’ve done countless laps, however many laps they’ve done, and I haven’t even driven the car there.

“I know it’s more of a challenge but I think for me, I’d rather do that, I’d rather try and step up to that challenge.”

With 2019 all but written off, Fallon has already begun turning his attentions to next year, and believes his prospects are already looking brighter.

“We’re still really open to trying to find the funding (for 2019) but right now we’re just focusing on 2020 and try to pull some drives this year to try to keep me in the seat and at least getting some laps.

“The goal now is to try and push to do everything we can for 2020 to get a full drive there.

“We’re taking it as a bit of a speed bump but hopefully it doesn’t end up being any more,” he continued.

“We’re just pushing as hard as we can behind the scenes, trying to find the budget and we’ll just see where it goes.

“You just never know, you’ve just got to keep working at it and see what happens.”