WORLD WRAP: Podiums on debut for McElrea in USF2000

WORLD WRAP: Podiums on debut for McElrea in USF2000 McElrea, who qualified on the front row at his first attempt, survived a crash strewn opening race to claim third before charging back to second in Race 2 after dropping to seventh at the start.

It leaves the New Zealander, and 2018 Australian Formula Ford series winner, second in the standings.

Braden Eves won both races, with Manuel Sulaiman second in Race 1, and Zach Holden completing the podium in Race 2.

Australian rookie Cameron Shields ended the opening race in 11th, before falling to 16th and a lap off the leaders in Race 2 after running in the same battle pack as McElrea.

The next round of the USF2000 series, another double header, will be hold on the Indianapolis Grand Prix Circuit on May 9-11. 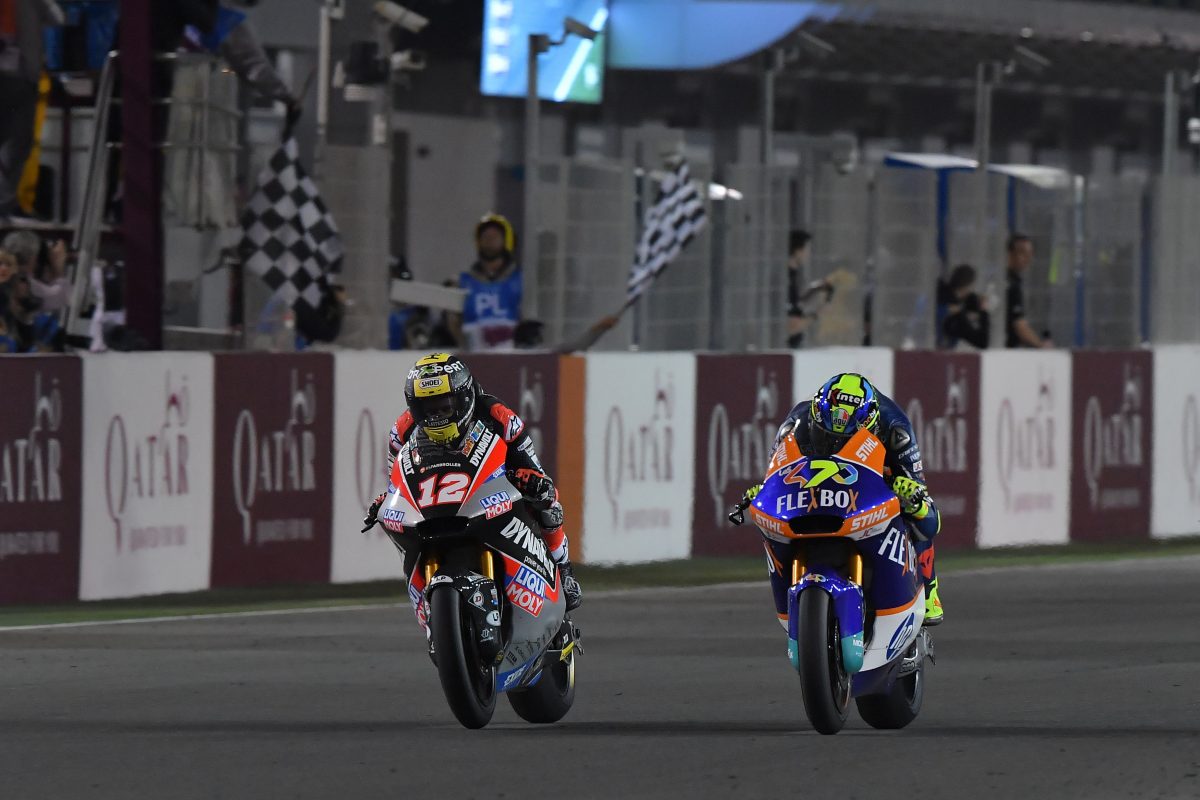 Lorenzo Baldassarri has beaten Thomas Luthi by just 0.026s in Round 1 of Moto2 in Qatar.

Baldassarri (Flexbox HP 40 Kalex) passed Xavi Vierge (EG 0,0 Marc VDS Kalex) on Lap 2 and led for the rest of the way but it was Luthi (Dynavolt Intact GP Kalex), on his return to the intermediate class, who came home with a wet sail.

He was 11th at the end of Lap 1, fourth with 10 laps down and 10 to go, but ultimately lost out in the drag race to the finish line.

Remy Gardner (Kalex) finished fourth in his first race for the ONEXOX TKKR SAG Team, having passed Marcel Schrötter only the final lap only for the German to slipstream back past and deny the Australian a podium by 0.002s.