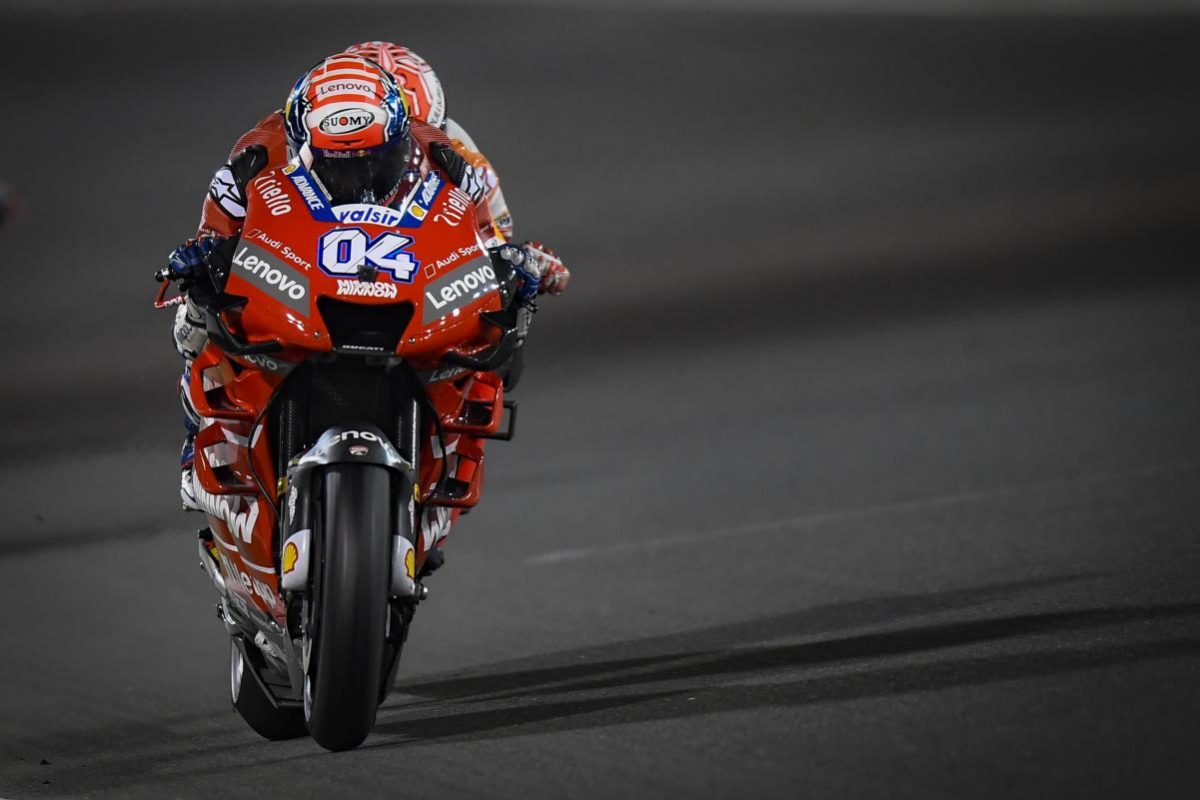 Andrea Dovizioso’s win in the Qatar MotoGP remains provisional after a decision to send a protest over the legality of the Ducatis to the championship’s Court of Appeals.

Dovizioso took a thrilling, 0.023s victory over world champion Marc Marquez under lights at the Losail International Circuit, but his and two other bikes have now been protested.

They are the three Desmosedici GP19s of Dovizioso, his Mission Winnow Ducati Team team-mate Danilo Petrucci, and Jack Miller of Alma Pramac Racing.

A statement from MotoGP advises that “the FIM MotoGP Stewards Panel received various protests concerning aerodynamic devices on the rear swing arm” of the bikes.

Stewards initially rejected the protests, which were made by all other factory teams except that of Yamaha, before referring the matter to the court of appeal.

Petrucci finished in sixth while Miller was one of three DNFs as a result of a broken seat on Bike #43.