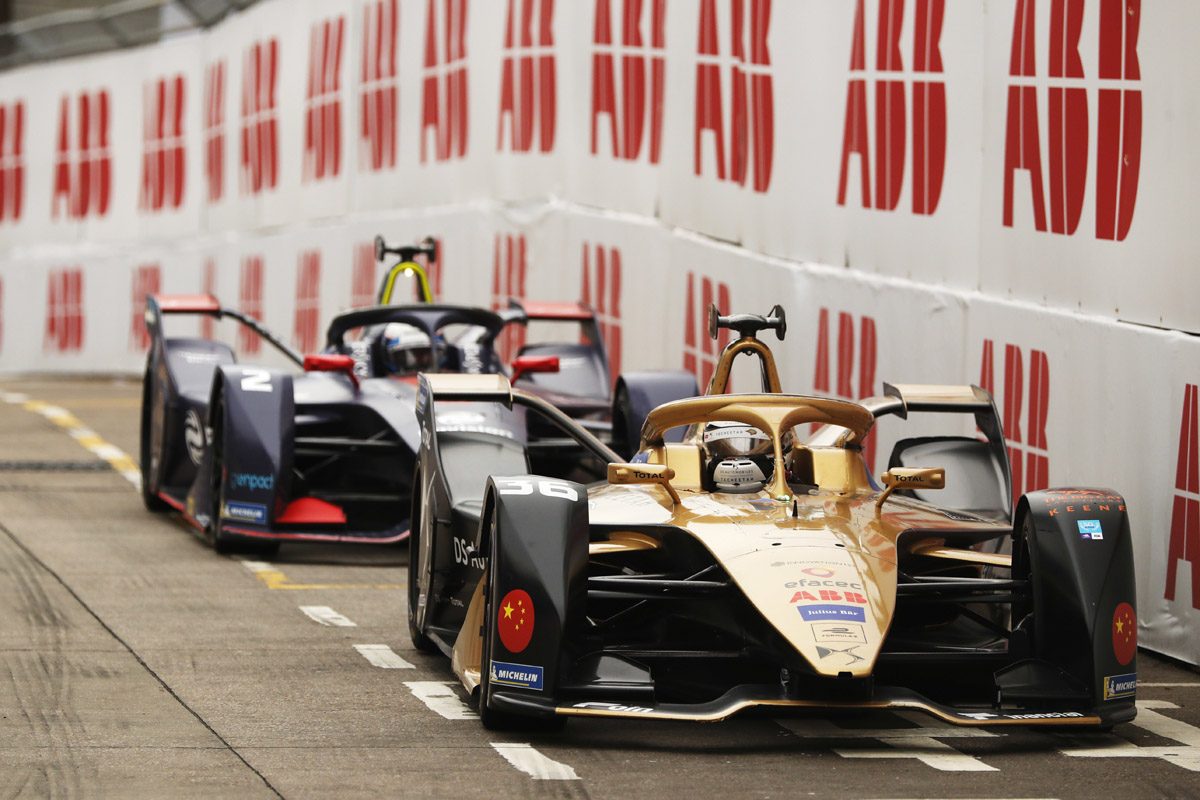 Edoardo Mortara has claimed his first Formula E race win in Hong Kong courtesy of a time penalty for Sam Bird following a collision with Andre Lotterer on the penultimate lap.

Having been embroiled in a race-long duel, Bird made a move for the race lead at Turn 2 in the closing moments of the race.

The two leaders made contact, Bird tagging the right rear of Lotterer’s car to leave him with a slow puncture.

Initially Lotterer was able to hold his advantage at the head of the race, but soon began to struggle for pace before finally having to stop out on track.

That allowed Bird to take over the race lead and reach the chequered flag first, though a five-second penalty for the contact ultimately saw him fall to sixth in the classification.

Second on the road, Mortara therefore inherited the race win, the first for both driver and team.

The Swiss pilot had climbed from sixth on the grid and rounded out a solid event for Venturi which saw the sister car of Felipe Massa finish fifth.

Stoffel Vandoorne started from pole, though the former McLaren Formula 1 driver lost the lead off the line, and his race was curtailed with a driveshaft failure around half distance.

A crash for Felipe Nasr triggered the red flag when the Mahindra Racing driver found the wall at Turn 2 on Lap 2, where he was followed in by Pascal Wehrlein and Jerome d’Ambrosio.

The race then restarted behind the Safety Car once the trio of cars had been cleared, prompting a resumption of the Bird versus Lotterer battle out front, which had developed in the opening laps after Oliver Rowland briefly controlled the race from the start.

Having set the fastest lap, Bird gained an extra point and now heads the championship standings by a single point over d’Albrosio with Di Grassi and Mortara tied for third, one point further back.

The Formula E Championship next heads to China for the inaugural race in Sanya on March 23 for Round 6 of the 2018/19 season.