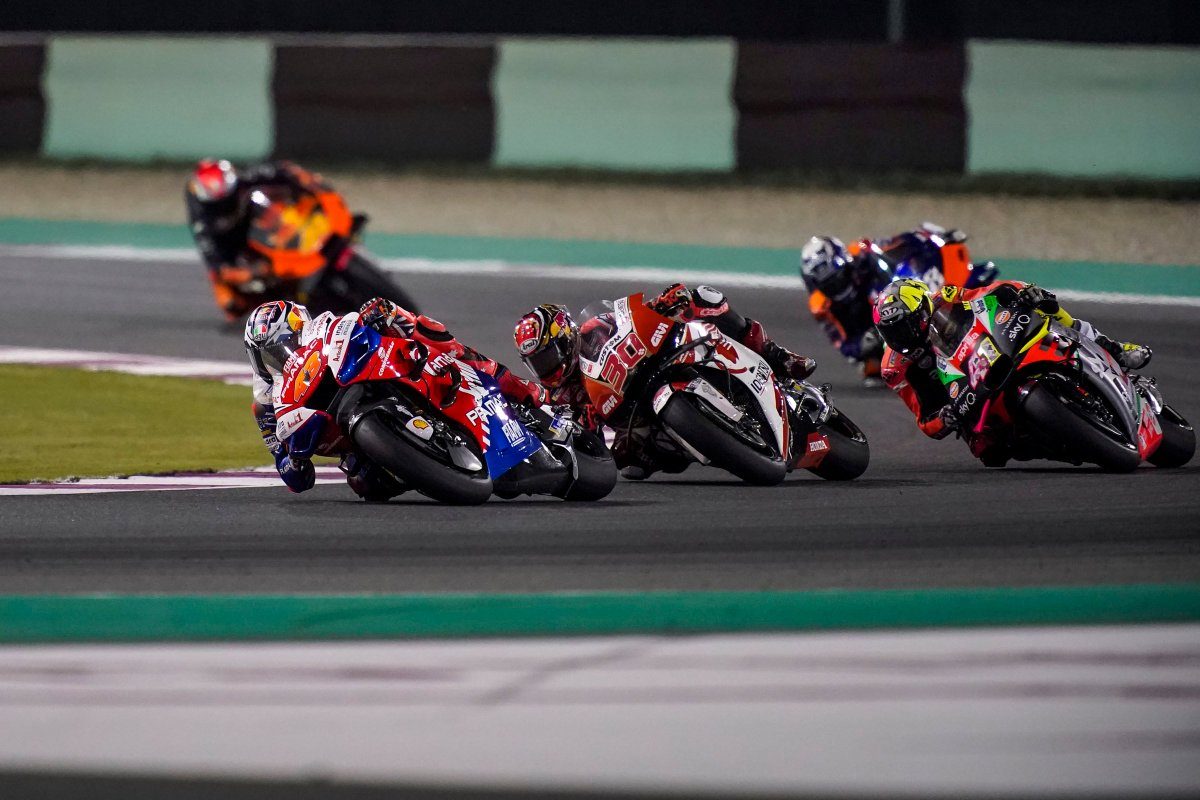 Jack Miller has explained how a broken seat led to him retiring after a highly promising start to the season-opening Qatar MotoGP.

The Australian exited the first corner of the race in second position, behind eventual winner Andrea Dovizioso, and held the spot until he sat up and then threw the seat from his bike on Lap 2.

Miller plummeted to 11th at the time but preserved for just over half the race on the cusp of the top 10.

On Lap 13, however, he relented and brought the #43 Alma Pramac Ducati into pit lane for an early end to his night.

Miller explained that the unusual failure was caused by the glue which holds the seat in place stripping the paint from the subframe of the GP19.

“The seat is glued to the subframe and the subframe is painted and the paint didn’t stick well enough,” he explained.

“The glue ripped the seat and the paint off. I was going through the fast sequence of the right handers, the first one was good, the second one I almost fell off the inside of the bike because the seat broke and then I felt the seat clip back in as it is fitted. I thought it was okay.

“But then at the next one bang it fell off again so I made it through the next left hander and looked down to see the seat was twisted.

“I grabbed it and threw it but essentially once the paint and seat had been ripped off the carbon itself is like ice and our arses have got no grip on them.

“I was trying to manage it as best I could, trying to stay with the guys, but by the time I threw the seat off I was outside the top 10.”

The retirement was, however, down to the damage which Miller did to his front tyre due to his improvised seating position.

“The problem was I wasn’t able to enter the corners, I would go in but my butt would slide to the outside of the seat rather than gripping so I wasn’t able to get my shoulders out so I had to sit very centrally on the bike and use a lot of lean angle,” he recounted.

“Doing that I destroyed the edge of the front tyre and I started to get a lot of understeer, especially in the fast corners, then a lot of chatter and a lot of understeer just because I was using 60 degrees lean angle when you normally use 47 degrees.

“In the end I decided, when (Takaaki) Nakagami and Aleix (Espargaro) got back past me, to pull in which was the safer option because I was probably going to crash.

“I am happy anyway as it was still a solid weekend and I felt I could really fight for the podium and we were showing that until the seat fell off.

“Even when the seat fell off, I was on a bike that wasn’t handling but I was still able to stay with the front group. I think it shows we have good speed.”

The 24-year-old had also qualified fourth on the grid despite dropping one of his bikes hard late in qualifying the night before.

It was an unlucky race for Pramac, which accounted for two of the three DNFs.

Rookie Francesco Bagnaia reported that a wing on his bike broke after contact with factory Ducati rider Danilo Petrucci, and he pulled into the garage three laps prior to team-mate Miller.

The factory Ducatis, and technically also Miller’s, are now subject to a MotoGP Court of Appeals procedure after four rival factory teams protested over an aerodynamic element on the GP19s’ swing arms.