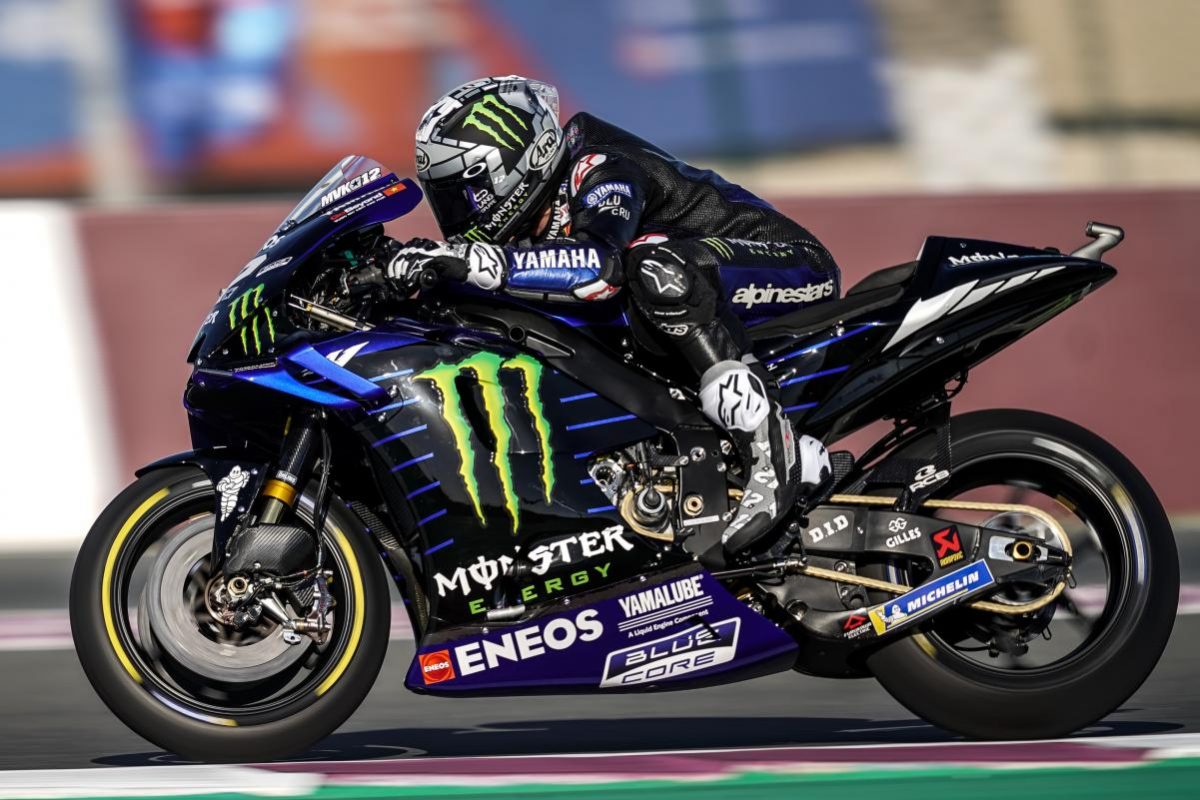 Factory Yamaha rider Maverick Viñales has qualified on pole for the first MotoGP race of 2019 in Qatar by almost two tenths of a second.

The Spaniard will sit on the front row next to Mission Winnow Ducati’s Andrea Dovizioso, while Marc Marquez is set to start on their outside thanks to his late effort.

However, the other Monster Yamaha and other Repsol Honda will start deep in the field after neither Valentino Rossi nor Jorge Lorenzo could get out of Qualifying 1.

Viñales laid down a 1:53.844s on his first flyer of qualifying, which had him briefly seven tenths up on the field.

He sliced nearly three tenths off that time at the start of his second run and that 1:53.546s was good enough for pole by some margin.

Dovizioso put himself 0.198s behind, on his first lap of his second run, but Marquez was sixth when the chequered flag came out and then bumped another position back before he put in a 1:53.745s that left him 0.001s off second place.

“Already straight away I did 53 so I felt really good and in second time attack I just give my best,” said Viñales.

“We are bringing the bike on the limit all the time and that’s really positive.

“Still we have to improve, (but) I think the way I’m riding is the best Maverick in these three seasons (ie at Yamaha Factory Racing).

“Last corner, we are pretty slow, but we have two opponents that they make their best top speed.

“Tomorrow it’s race time, I think we have really good rhythm because I can hit the 54s when at the end of the race, so let’s see what we can do, but honestly, I’m pretty sure that we can do it good.”

Jack Miller briefly held second just before going down at Turn 2 on what would have been his final lap of the night on the GP19 Alma Pramac Ducati, ending up fourth on the grid.

Joan Mir put the other factory Suzuki a position behind, with Aleix Espargaro making for five manufacturers in Qualifying 2 on the #41 Gresini Aprilia.

Row 5 features Miller’s rookie team-mate, Francesco Bagnaia, and two multiple world champions with Rossi in the middle and Lorenzo on the outside.

Rossi did not look a serious chance of advancing to the latter 15-minute session but Lorenzo sat second after the first runs through Q1.

However, there would be no improvement on the latter’s 1:54.563s after he went down at Turn 2 at the start of his second run.

Lorenzo had also had a nasty-looking highside at Turn 6 at the start of Free Practice 3 as he continues to recover from recent surgery.

New Red Bull KTM Factory rider Johann Zarco will start only 21st as he too had a crash at Turn 2, late in Q1.