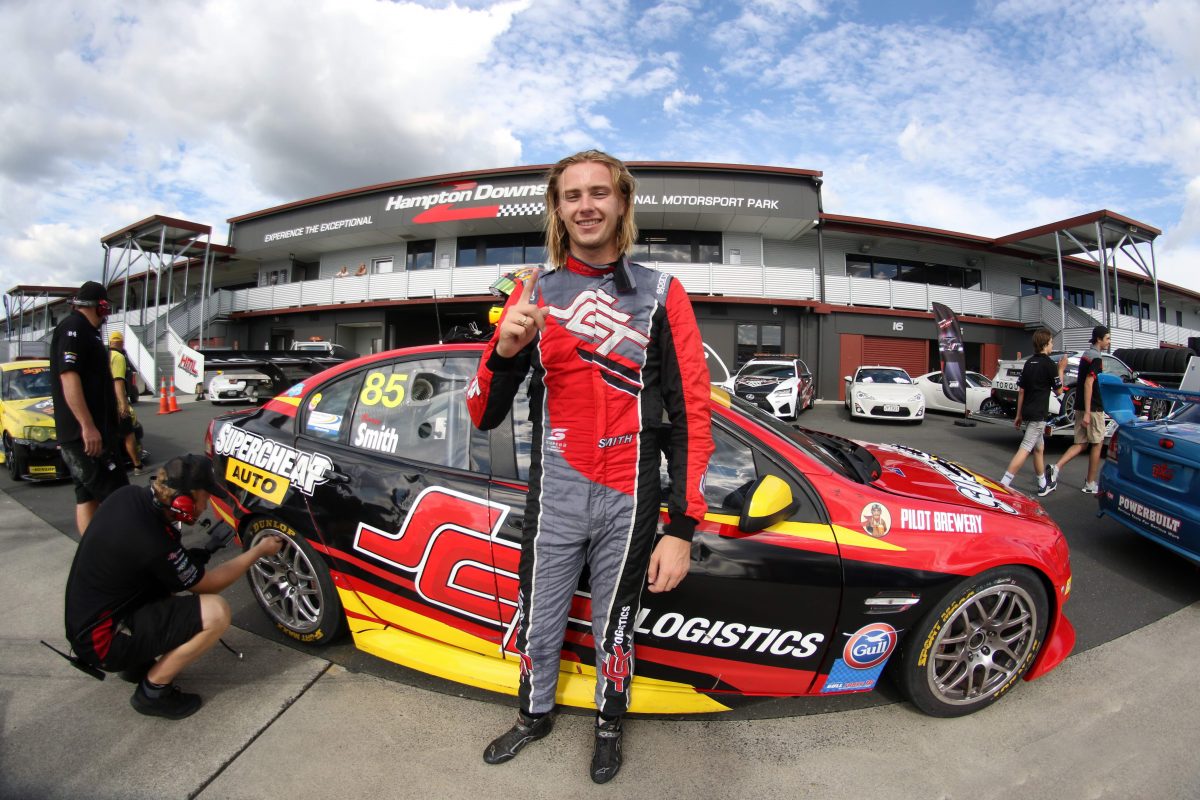 Smith took an unassailable lead in the points by finishing fifth outright in Race 2 of the weekend, while Paul Radisich, in an Invitational class Ford Mustang, stepped aside to let the red Commodores take a one-two in the final race of the season.

“It’s a great feeling. We secured the Championship in Race 2 today, so we could go out and have a bit of fun in race three,” said Smith.

“Really cool to see Lance get the clean sweep of the weekend. A formation finish over the line in that last one was really great too.

“The second year in the championship was always going to be the year for us. We had a lot of things to get on top of last year and we were super confident coming into this season.

“The team did an amazing job in the off-season, they put a lot of effort into both cars and this was the intention. Feels really good to be able to give it to them.”

A 30-second post-race penalty had been levied against Smith for turning title rival Nick Ross around in Race 1 and the Brad Jones Racing Super2 driver started seventh on the grid in Race 2.

Hughes grabbed the lead at the first corner courtesy of having the inside line in Car #84, forcing Brenton Grove into the dirt on exit and allowing Ross to take up second position.

A Safety Car came on Lap 13 after Matt Tubbs spun and couldn’t get moving again, with Grove taking the opportunity to pounce on Ross into Turn 1 and reclaim second.

Radisich made his way up to third by the chequered flag, behind Hughes and Grove, while Smith passed Chelsea Herbert just after the restart and took fifth, a spot behind Ross.

The partial reverse grid for Race 3 gave Ross the opportunity to jump into the lead from the outside of the front row, while Hughes rounded up Herbert to move into second position off Turn 3.

It didn’t take long for a four-car train of Ross, Hughes, Smith, and Radisich to develop, with the leader going defensive for several laps.

On Lap 7, at the Sweeper, Hughes got down the inside and they made side-to-side contact which caused Ross to spin and Radisich to inherit the lead.

Radisich was creeping away until the Safety Car was called on Lap 14, and soon a red flag, after Rob Wallace appeared to have put his ex-Greg Murphy #51 Commodore hard into the tyre wall at the Sweeper.

Thankfully, he was seen walking away from the scene as recovery crews attended.

The race restarted with three laps to run and it looked like Radisich would bank a win until he moved over at the start of the final lap to let the Class One regulars through, with Hughes and Smith going on to create a form finish.

Behind ‘The Rat’, Ross took fourth and Herbert fifth as the curtain came down on the season.

Justin Ashwell took Class Two honours for 2018/19 overall despite losing out to Matt Podjursky in the day’s two races. 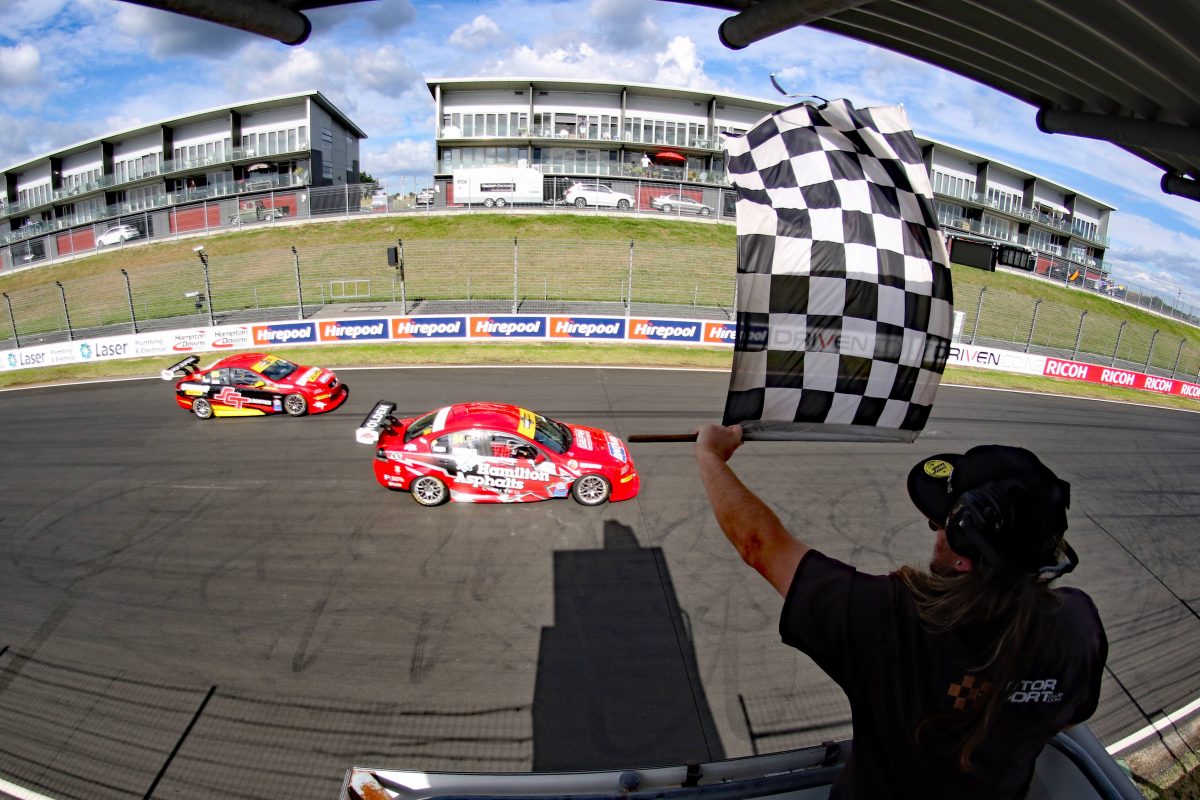