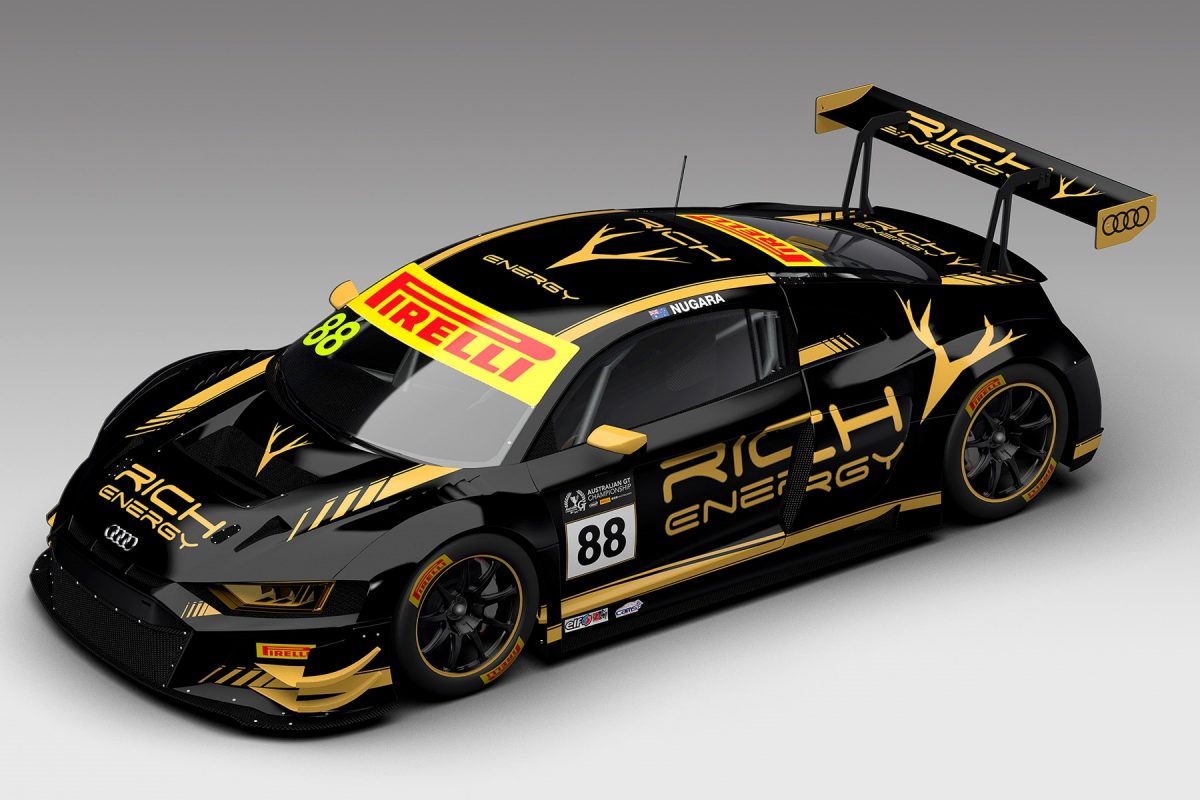 Rio Nugara’s Audi will be emblazoned in the black and gold warpaint of Rich Energy when he and David Russell pair up for this year’s CAMS Australian Endurance Championship.

Nugara’s new ride is in fact the R8 LMS GT3 with which Christopher Mies set the official outright lap record at Mount Panorama last year, and also won the 2018 Australian GT Championship in the hands of Geoff Emery.

With the 2019 ‘evolution’ kit having been fitted to the car, Nugara will tackle the three long-distance races in the 2019 Australian GT season having previously run in the Trophy class/series in an older Audi.

“I can’t begin to tell you how excited I am,” he said.

“I’ve been working with Audi Sport customer racing Australia for a couple of years now and watched with great respect their successes with drivers like Geoff Emery, Tony Bates, Rod Salmon and the Koundouris brothers – amongst others – so to step up to the top level of GT competition in Australia with them is very much a dream come true.”

He is also thrilled to share the car with Russell, who has been coaching Nugara for the last 12 months.

“I’m overjoyed to be coming into the 2019 Endurance season with not just a new car, but also a fantastic new sponsor, and a co-driver that already has an impeccable record in GT3 equipment – his run at the 12 Hour in an Audi only adding further weight to his reputation as one of the best GT drivers in the country,” added Nugara.

“The ‘new’ car has a great heritage and I’m confident that we can make an impression.

“I need to get comfortable driving it as it’s a big departure from my 2012 series one R8, but with the support of Dave and the Audi Sport customer racing Australia team behind me, I’m sure we’ll be right in the mix.”

“Rich Energy has quickly become one of the fastest growing brands in the world, connecting with high-end events like Formula 1 and Australian GT, allowing us to promote the relationship of a quality premium European product and premium brands like Audi and Australian GT.” 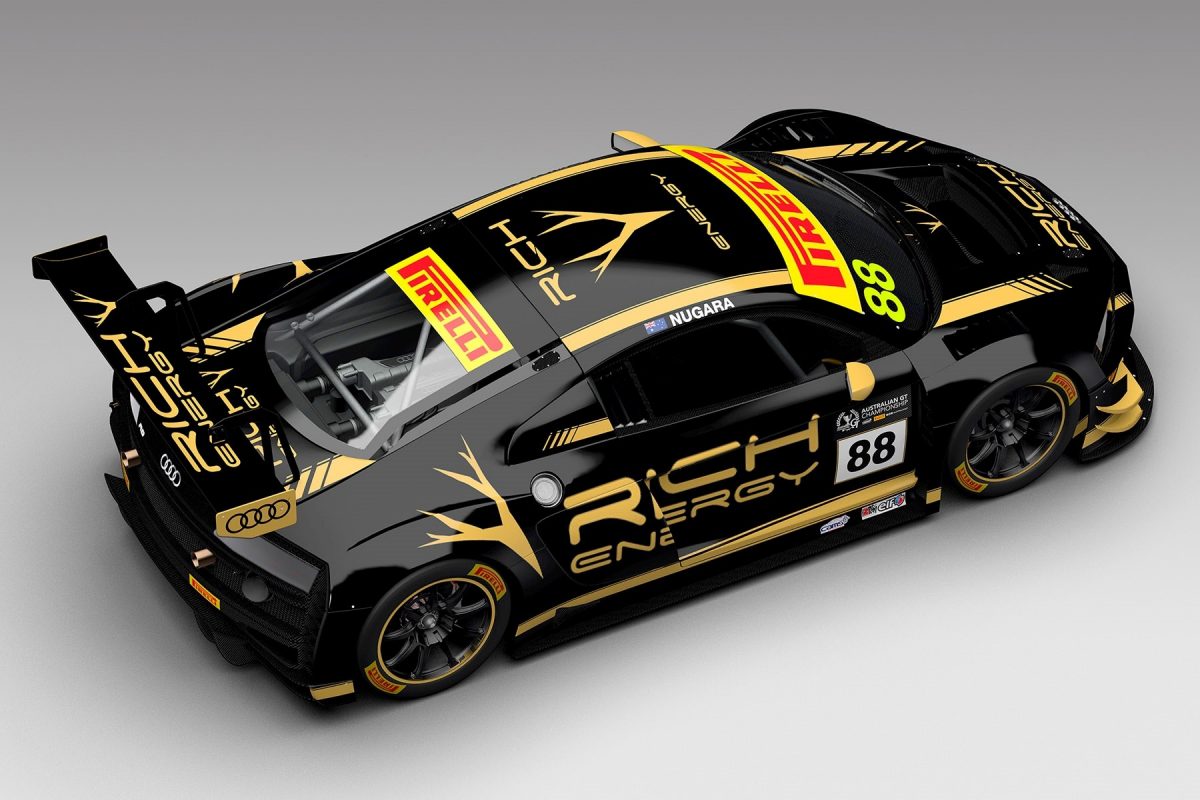