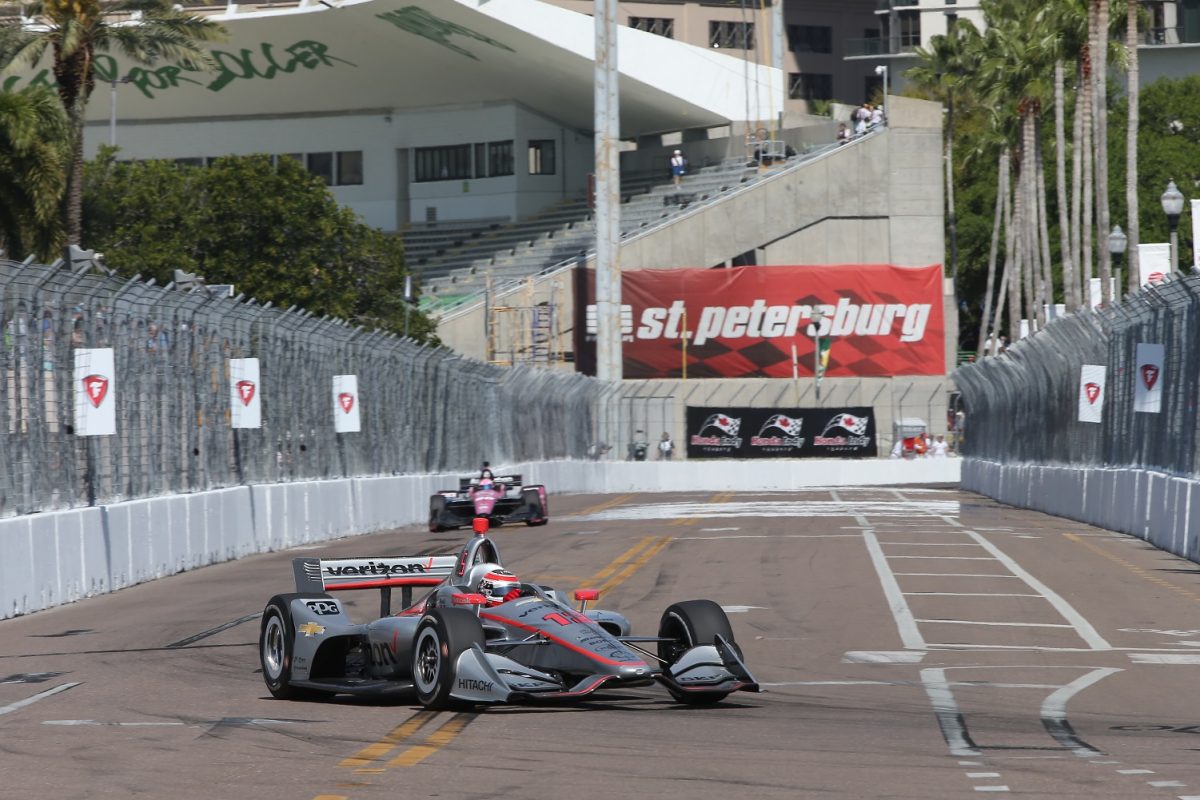 Will Power has taken pole position for Race 1 of the IndyCar Series in St Petersburg while Scott Dixon needed a dose of luck to avoid qualifying near the back.

Power left it until after the chequered flag in the Fast 6 to set a 1:00.4594s in the #12 Chevrolet, making for a Team Penske lockout alongside Josef Newgarden in Car #2.

“I was really surprised when (Roger Penske, strategist) said ‘P1’, I was like, ‘What?’” said the Queenslander.

“We’d kind of just been there all session but it was a really neat lap, obviously the tyres had a lap on them but yeah I was surprised, I thought ‘Has someone still got another run to do?’ or something.

“Awesome job, we’ve kind of slowly climbed up all weekend. I think we were P10 in the first two practices then moved to P5 and to get pole for the first race of the season is awesome; really, really great start.”

Both of the Chip Ganassi Hondas ended up on Row 2 but it was debutant Felix Rosenqvist (Car #10) who shaded 2018 series winner Dixon.

The Kiwi had initially failed to make the second round of qualifying after locking the rears and spinning at Turn 8 late in his first hit-out.

However, Takuma Sato, the man who had bumped Dixon out of the top six in the second qualifying group, lost his only lap time for causing a local yellow which affected another competitor when he ran long at Turn 1 in the #30 Rahal Letterman Lanigan Honda.

Dixon had held up Matheus Leist (#4 AJ Foyt Racing Chevrolet) as he looped Car #9 but got away with it due to the Brazilian and those others following him having been on their out laps.

Rookie Colton Herta (#88 Harding Steinbrenner Honda) was in fact third-fastest in the second round of qualifying but lost his two best laps having impeded Kimball at the end of Bayshore Drive and will line up 11th on the grid.

There are big names mired further down the order due to two red flags during the first group qualifying round.

Marco Andretti will start from 17th after causing one of those red flags when he stopped at pit entry due to a fuel pick-up problem in the #98 Andretti-Herta w/ Marco & Curb-Agajanian Honda.

Santino Ferrucci was responsible for the other when he pinched a rear and ran into the tyre wall at the final corner, which is effectively the start of the lap for the purpose of qualifying, and will be on the back row in the #19 Dale Coyne Racing Honda.

On the other hand, fellow rookie Ben Hanley (#81 Chevrolet) and the new DragonSpeed team banked a flyer in that 10-minute hit-out which got them into the second round of qualifying and ultimately 12th on the grid.