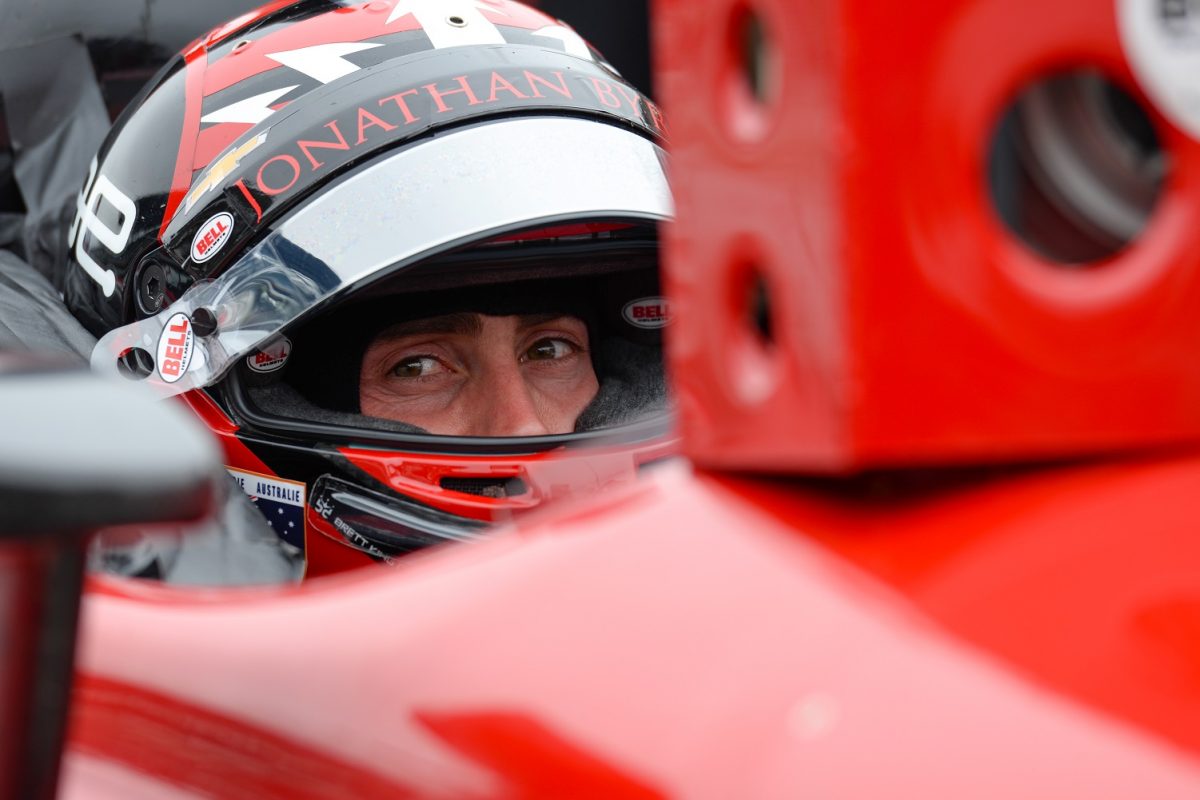 James Davison will be back in the field for this year’s Indianapolis 500 in a tie-up between Jonathan Byrd’s Racing, Hollinger MotorSport, Belardi Auto Racing, and Dale Coyne Racing.

The deal marks several returns with Davison having also raced a Byrd-Hollinger-Belardi entry in last year’s flagship IndyCar race, although run out of AJ Foyt Racing.

He also stepped in at Dale Coyne Racing in the 2017 event after Sebastien Bourdais sustained injuries in a major crash during qualifying, as well as racing with the team at The Brickyard in 2015.

Jonathan Byrd’s Racing also has history with DCR, sponsoring a car in the 2016 season.

“Dale’s team is special in many ways and I have fond memories driving the #18 and #19 cars at the 500 in the past. We endeavour to recreate our prior success together and can’t wait to get after it.”

DCR owner Dale Coyne said, “We’re very excited to have James come back to the team for the Indianapolis 500.

“He stepped in last minute for us with hardly any practice as a substitute driver to Sebastien a couple of years ago and did a great job under the circumstances and showed he has the speed to run with the best of them.

“We’re also happy to be partnering once again with the Byrd family who have a long history with the Indy 500, as well as Hollinger MotorSport, and we look forward to working with Brian Belardi and his team.”

Having put in an impressive performance to ensure he would be one of the 33 starters in 2018, Davison was classified last on race day when an anti-rollbar problem saw him lapping well off the pace and ultimately hit by Takuma Sato.

His ride in this year’s Indianapolis 500, in Car #33, makes for three DCR-run entries alongside those for Sebastien Bourdais and rookie Santino Ferrucci.

Practice for the event starts on May 14.