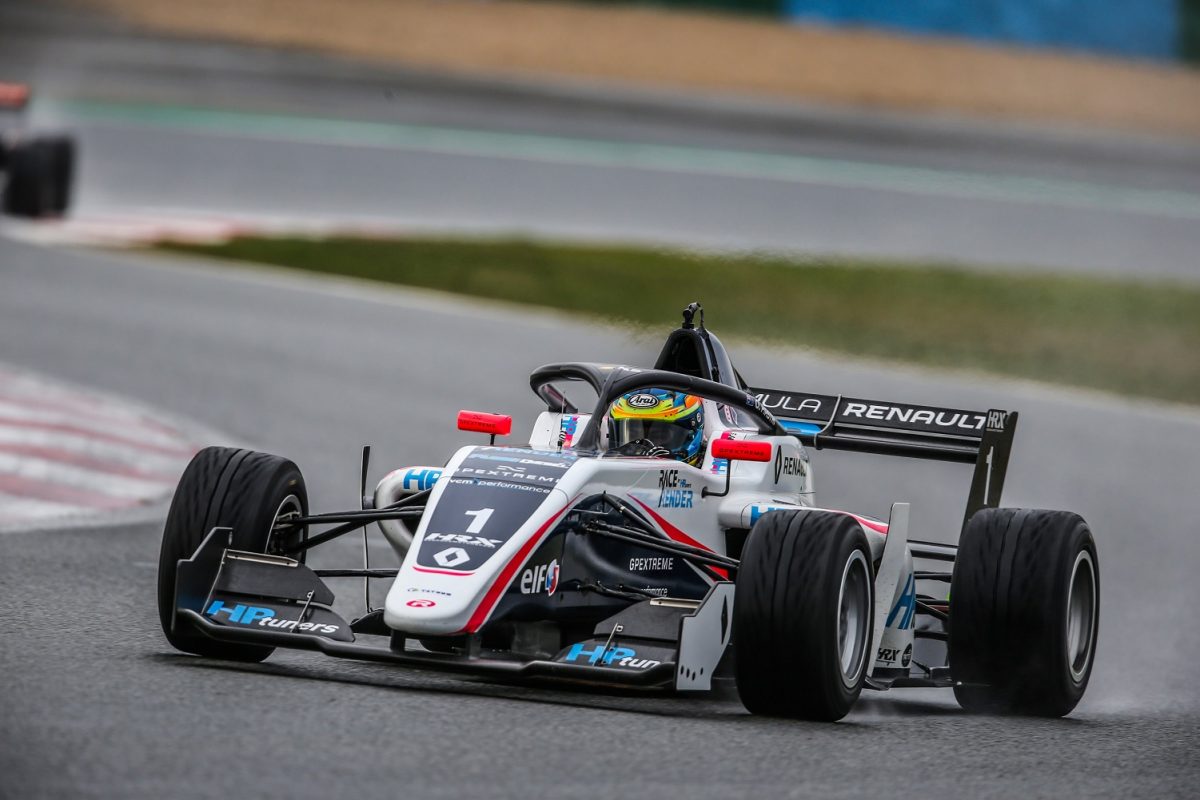 Australian Oscar Piastri has set the pace for a second day as Formula Renault Eurocup testing at Magny-Cours came to a close.

After more rain in the morning, the Melbourne teen achieved a 1:36.525s during the afternoon session which saw him edge Frenchman Victor Martins by just under a tenth of a second.

The time was almost 5.5s faster than Piastri had gone the day before, when wet weather also played a part in proceedings, and left the new R-ace GP driver second on combined times at the end of the three-day test.

Martins, driving with MP Motorsport, notched up the fastest time of the whole test at 1:36.196s on the opening day.

“Like yesterday, I think we were a bit lucky because we were one of the last to switch to the slick tyres,” said Piastri.

“Nevertheless, we were very quick this morning in the rain.

“These first tests have been positive. We have learned a lot, but everyone is discovering the new car and I think that we can improve in all areas leading up to the first qualifying session of the season.

“There are four more pre-season test days, a practice day and two qualifying sessions at Monza… It is a good starting point, but I am not taking anything for granted as things can change quickly.”

The field will reassemble at Circuit Paul Ricard on Friday next week for another two days of testing.