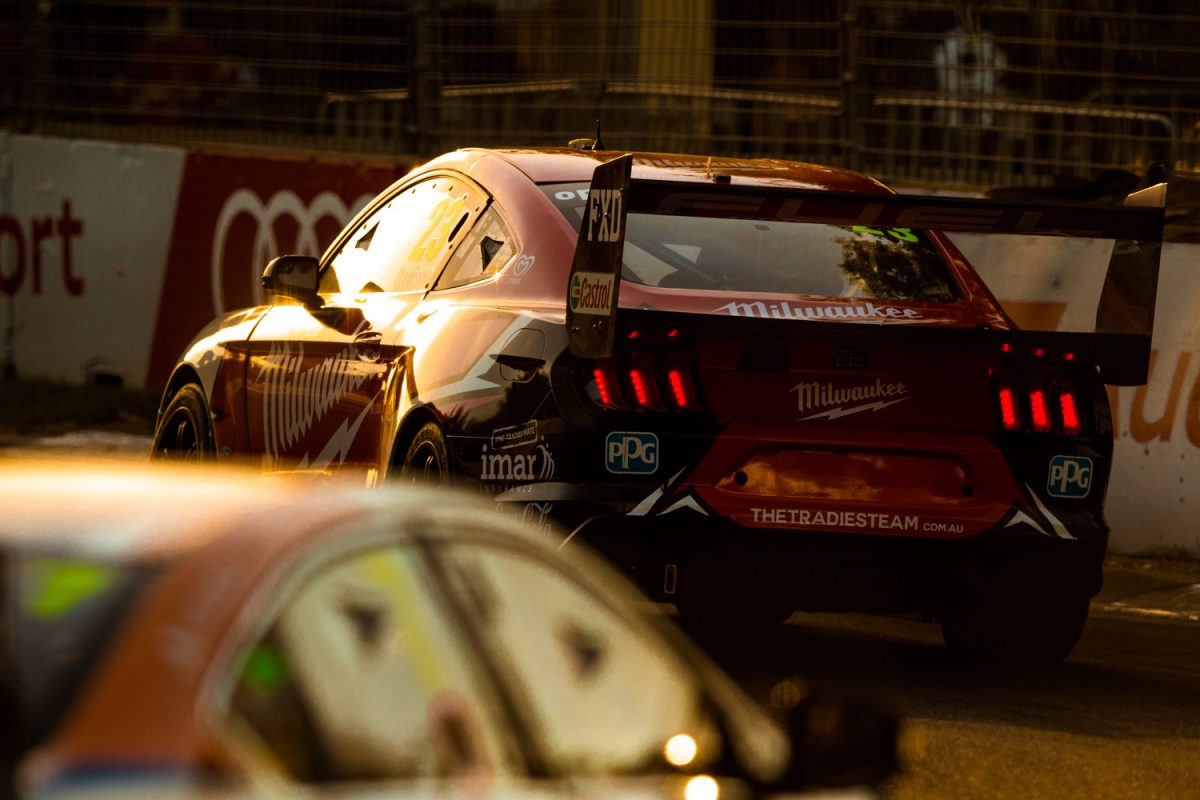 The Ford Mustang has fuelled debate about Supercars control chassis

Supercars is actively investigating changes to the control chassis to open the series up to more manufacturers and models for its next set of regulations dubbed ‘Next Generation’.

The championship has confirmed a study is well underway regarding the design of the control chassis which could come online as early as 2021.

Supercars’ technical department is already using Computer Aided Design files to see what changes would be required to the chassis to allow for the maximum amount of models.

Changes to the control chassis has been fuelled by the arrival of the Ford Mustang which becomes the first coupe to race in Supercars.

Its birth has not been a simple process with the iconic car’s aesthetics distorted to be able to fit over the chassis, resulting in polarised views among fans.

The series has come under further pressure to make chassis alterations with Walkinshaw Andretti United now placing its Camaro Supercars project on hold until such changes are made.

Team co-owner Ryan Walkinshaw is pushing for the roll hoop regulations to be amended to ensure the look of the Camaro is not ‘bastardised’ compared to the road car.

Supercars’ chassis study is hoped to work in tandem with the formation of a manufacturer council which will allow marques to discuss the design of Next Generation Supercars.

“The process that we are going through right now is trying to make sure we have enduring market relevance in what we are racing out there and we have the most opportunity for a different number of marques,” said Supercars boss Sean Seamer.

“This is exactly where the manufacturer council comes in.

“We have got about 20 different CAD files that the technical department are working through and dropping those files on the chassis and seeing what changes would need to be made to accommodate the maximum number of vehicles, but this is a process where we are doing some work right now.

“We really need to take this back to put to our OEM manufacturer partners to get their feedback on what that looks like.

“We are just doing a bit of grunt work right now to understand what the opportunities might be and we can take that back to people like Mark (Rushbrook) at Ford (and relevant manufacturers) and get their feedback on that, and make sure what we are doing and what we are looking to do has longevity.

“Measure twice and cut once.

“I think it is too early to predict that (roll hoop change), we need to get through the work first.”

Supercars’ chassis study is understood to have the support of the teams who are key stakeholders in the future direction of the series.

They are fully aware of the level of work required having experienced the introduction of the current Car of the Future control chassis in 2013.

“It is a bit like the Car of The Future process I think, the amount of work and engineering development that needs to go into the platform before we can make a decision is immense,” said Shell V-Power Racing team principal Ryan Story.

“It is something that all of the teams support and we have spoken about at length on many levels and (we) support the direction the series is going.”

Changing the control chassis will have roll on effect for all manufacturers and teams with Ford Performance boss Mark Rusbrook admitting that alterations would require a re-work of sorts for the Mustang which it aims to run for at least the next five years.

“We definitely understand the rules we had to deal with to get the Mustang on the track like it is today, we have a good understanding for that,” he said.

“I think the sensitivities as we move different surfaces around and the performance from it, and for sure when a change is made on that magnitude, even though it may seem small, it’s big in terms of the general effect.

“I think we have some understanding of where we would like to see it go and maybe when, but I think they (Supercars) are is taking the right approach to study and understand across different OEMs what is best for the future of the series and then to work with partners to work out how to get there and when. “

Meanwhile, Holden marketing boss Kristian Aquilina says the marque would be keen to discuss a pathway for the future but is focussed on the current chassis until a manufacturers council is set up.

“I honestly haven’t given it a lot of thought,” said Aquilina.

“Our immediate concerns are around making sure we’re competitive with the chassis we’ve got, that’s where it stops in terms of my own personal consideration.

“At some point if there is dialogue and a forum set up to address these specific items, we’ll go through that in that forum rather than discussing any ideas that might come to mind now.”