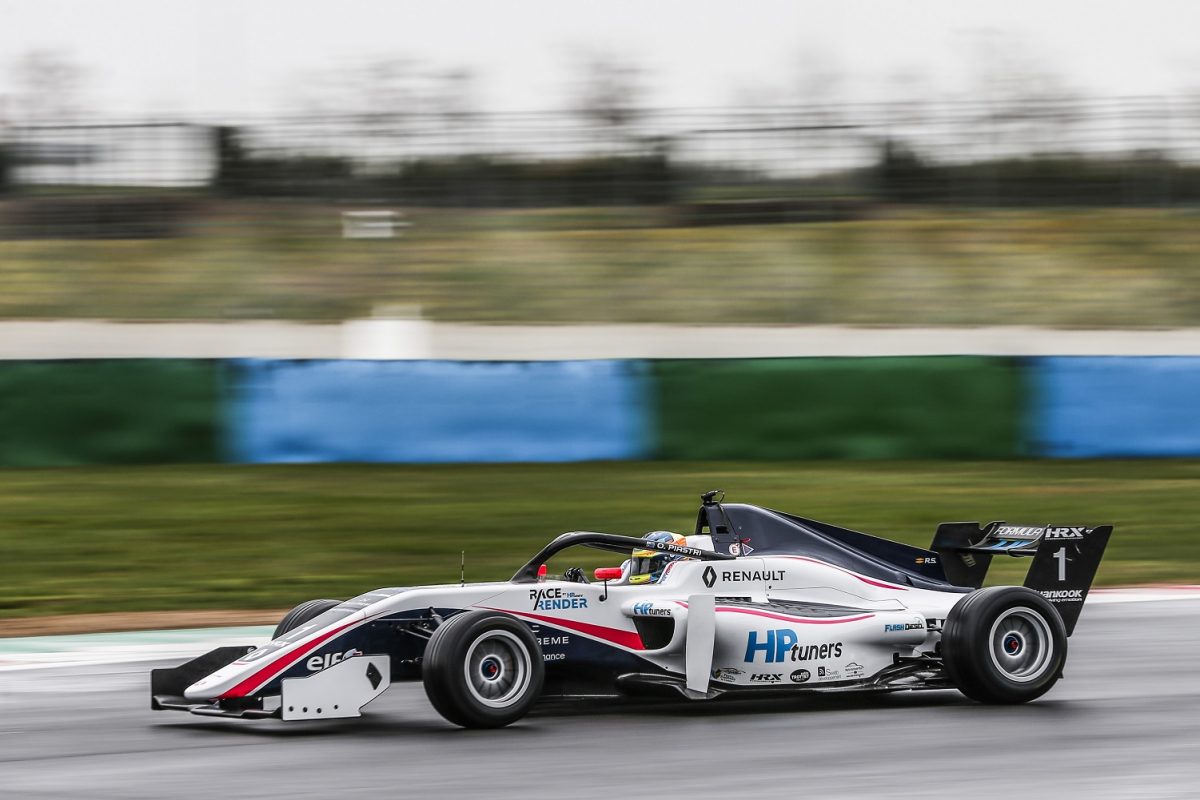 The R-ace GP driver’s 1:42.003s late in the afternoon left him 0.211s up on the rest of the field, with Spaniard Sebastian Fernandez second and American Cameron Das third.

While drivers took slicks as conditions improved during the second session of the day, Piastri’s fastest lap was still almost six seconds away from the benchmark set by Frenchman Victor Martins (1:36.196s) on the first day.

“The weather conditions made the day very difficult,” said Piastri.

“This afternoon, I was a bit lucky to post my best time at the right time. It is always nice to be up front, but I don’t think we can draw any conclusions as the track was still very wet in certain places.

“With this new Formula Renault, it is harder to catch the car when it slides and it makes it a physical challenge behind the wheel.

“So far, everything has gone well with R-ace GP. I think it is the best team in the paddock and we will do everything to keep the number one on my car.”

Piastri made the switch to R-ace, which won last year’s Formula Renault Eurocup courtesy of Max Fewtrell, after finishing eighth in his rookie season with Arden last year.

He was 12th fastest on the opening day of what is the first test of 2019, which saw drivers cut laps in the new Formula Renault FR-19 for the first time.