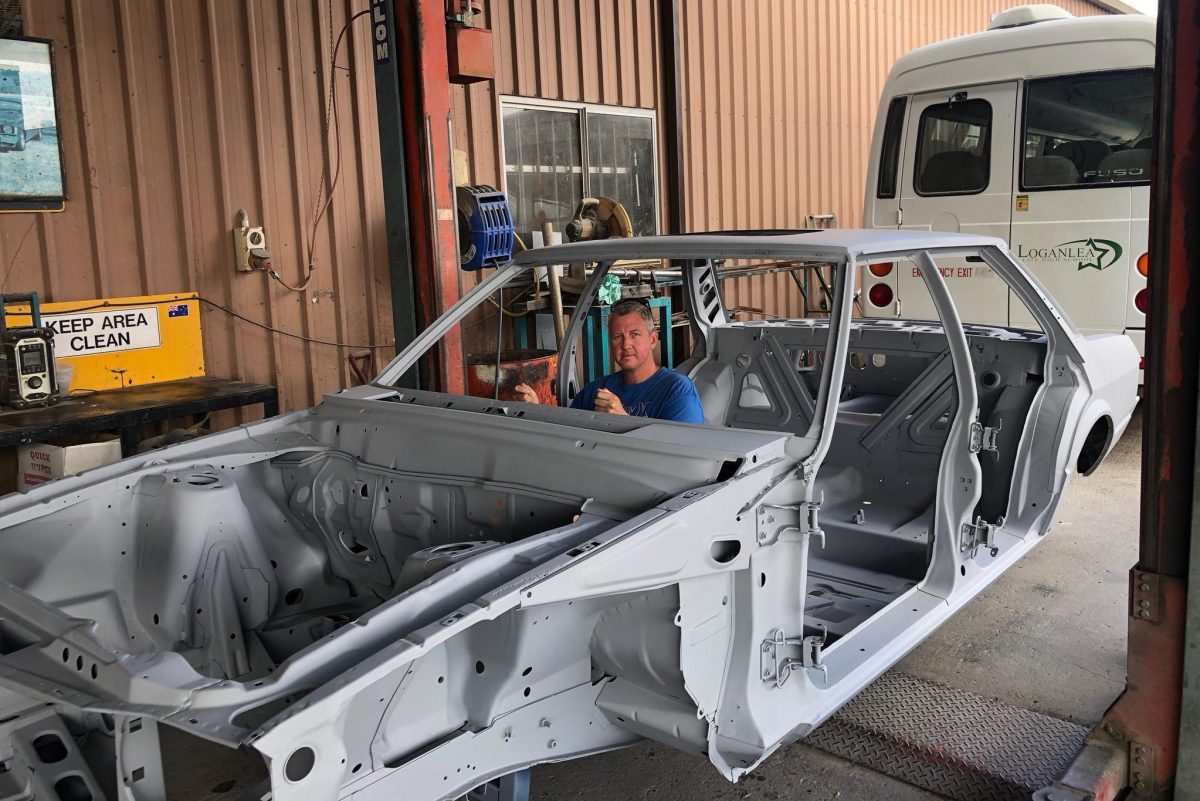 Steven Johnson with the XD shell

Team Johnson has revised its target for the debut of its XD Falcon to Round 4 of Paynter Dixon Touring Car Masters at Queensland Raceway.

Steven Johnson had originally hoped to have the car racing by Round 2 of the season, at Phillip Island midway through next month, but that date has now been pushed back due to a backlog at PACE Innovations.

PACE’s Paul Ceprnich has taken the lead on the computer-aided design (CAD) of the Johnsons’ XD Falcon, which comes after a string of projects.

The delay does, however, present the opportunity to race the car for the first time at Dick’s and Steven’s home track.

“Their guys have built these (Supercars) Cars of the Future, they built all of the MARC Cars, so they’re very clever; Paul Ceprnich is very smart.

“He’s into it now doing the design, he’s been very held up and had a lot of other work, which has really made the delay from our part.

“Once he does his stuff, I think that it’ll come together pretty quickly, but we want to get it together and have it testing before we get it out.

“We would love to have it out for our home race at Queensland Raceway, so fingers crossed that we can do that and get it on the track and see how it goes, because I’m really excited.”

The Zukanovic family’s own XD Falcon, which debuted at Sandown in September 2018, had a similarly elongated construction owing to the relative complexity of the process and a desire to ensure adequate preparation.

Johnson, however, believes that finishing his car, for which the shell was sourced in early 2018, will be a relatively straightforward process once PACE’s work is complete.

“All of our sponsors want to see it on track, so now I’m getting pressure from not only the fans, but the sponsors as well, saying, ‘Let’s get this XD on the track’.

“Once (Ceprnich has) designed it all, I think it’s actually only going to take about six weeks to do the fabrication on the shell, because he’ll have three or four guys on it full-time, and get it in, get it done, get it to us.

“We’ll pre-fit everything, build it into a race car before we actually paint it, in case we need to modify something, weld something on.

“Once it’s all done, pull it all apart – which won’t take long – paint everything up, put it all back together, go out and test it and run it.”

Until the XD Falcon hits the track, Johnson will continue to race his Mustang Fastback in Touring Car Masters, which he took to three wins in Adelaide last weekend.