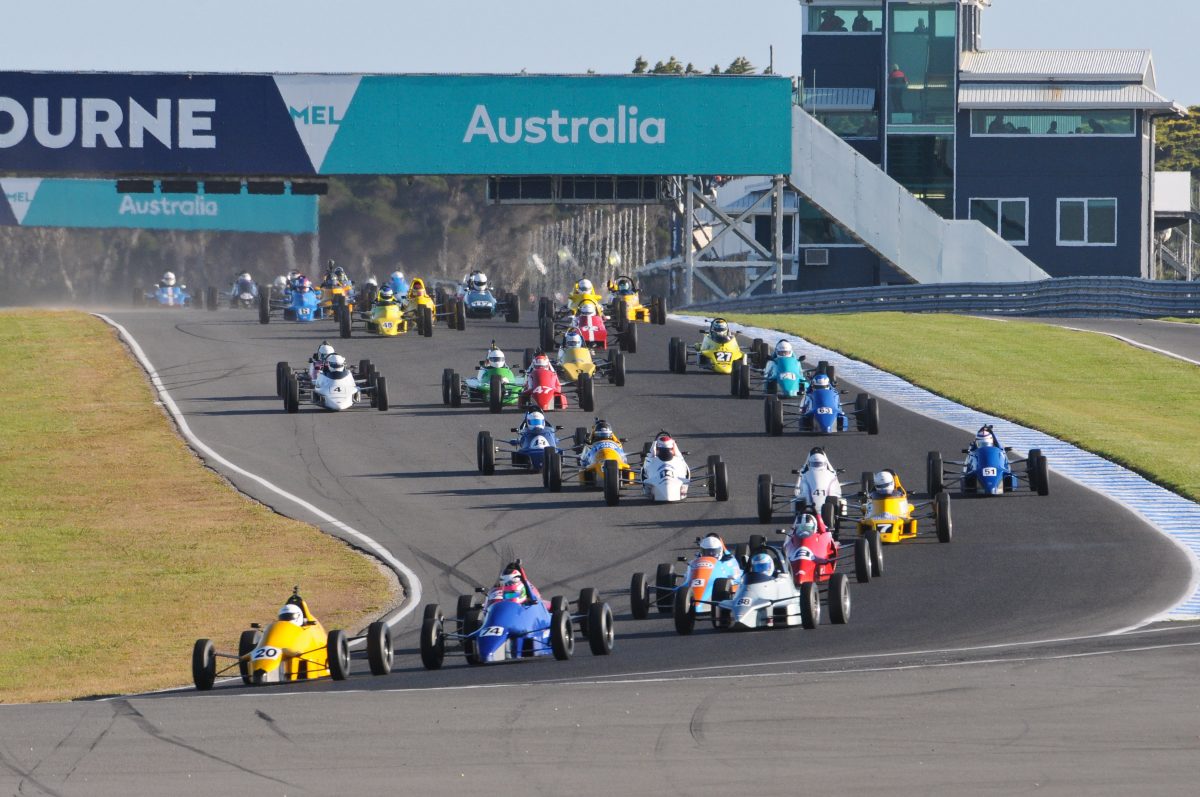 The bumper field comes as Formula Ford celebrates its 50th year in Australia in 2019.

Sunday’s schedule is highlighted by a parade lap and the trophy race, which honours brothers Larry and Terry Perkins, who both won the TAA Formula Ford Driver To Europe Series in the 1970s. They will present the race winner with the trophy and take part in the parade, as will the likes of John Bowe, Tim Blanchard, and David Roberts.

The latter two, both of whom have won the Australian Formula Ford Championship, will also be racing in FFord on the weekend as will Richard Davison, son of the late Lex and father of Will and Alex.

Bowe, meanwhile, will be racing in the Group J/Group K/Group Lb Sports & Racing/Invited Formula Vee field in a 1952 Allard J2X.

The car was taken to nine victories in the United States by the legendary Carroll Shelby and is now owned by Melbourne-based businessman and car collector Joe Calleja.

Racing starts this Friday, March 8, and continues through to Sunday.