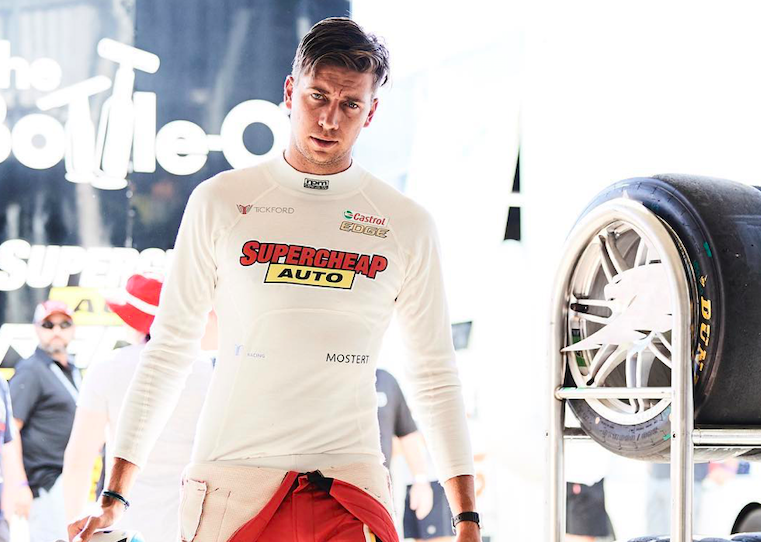 Chaz Mostert has come out in support of Rick Kelly following a social media backlash from fans after the pair were involved in a controversial pit lane clash at Adelaide.

Mostert was unsafely released into the path of Kelly in pit lane when the majority of the field pitted under Safety Car in Race 2 resulting in contact.

Contact resulted in Mostert’s Tickford Mustang being pushed broadside in pit lane causing chaos for the rest of the field attempting to leave the pits.

Tickford took the blame for the unsafe release with Mostert copping a drive-through penalty although team boss Tim Edwards suggested that Kelly’s action intensified the incident.

It has since been revealed that Kelly did indeed brake when Mostert emerged from his pit bay.

Since the incident Kelly has faced a barrage of abuse on social media leading to the driver to publish a post urging Supercars to name and shame the culprits.

Mostert, who apologised to Kelly post-race has now taken to social media to defend his rival.

“Everyone is allowed to have an opinion but that doesn’t always mean it’s ok to bully an athlete or anyone in general, no matter who’s right or wrong,” read a tweet from Mostert, who has recently become an ambassador for anti-bullying charity Dolly’s Dream.

“It has gone beyond a joke.

“Rick Kelly is a great bloke and there wouldn’t have been an incident in pitlane if I didn’t come out into the fast lane. End of story.

“Learn to love not hate and if you’ve got nothing nice to say, don’t say it at all or I see no point in me being on social media.”

This is not the first time Supercars drivers have acted in this manner with Craig Lowndes calling for fans to calm their actions online following his high profile clash with Scott McLaughlin at the 2017 title decider.