McLaughlin: No unfair advantage with Mustang

McLaughlin: No unfair advantage with Mustang 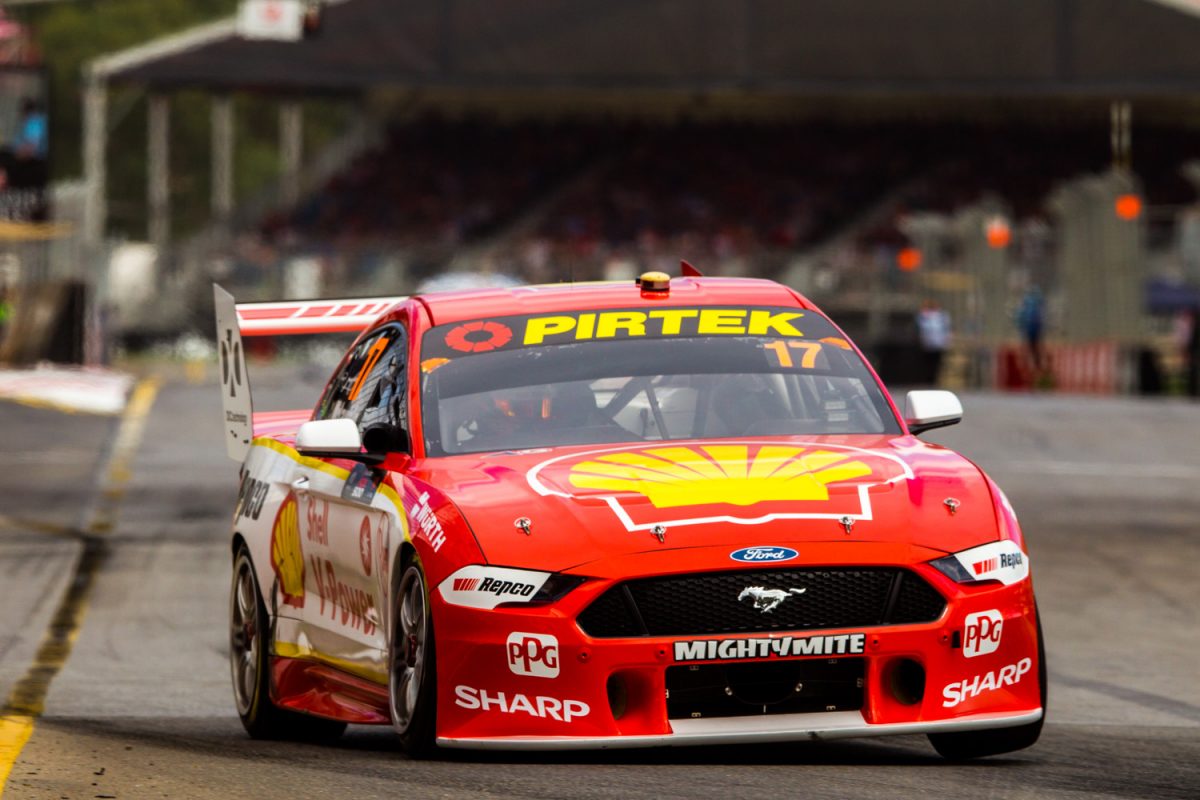 Adelaide 500 winner Scott McLaughlin has hosed down suggestions that the new Ford Mustang Supercar has an unfair advantage.

The reigning Supercars champion produced two faultless drives to win the pair of 250km races at Adelaide marking a spectacular start for the new Mustang.

It proved to be an impressive debut for the blue oval’s latest weapon with all six Mustangs showing strong pace out of the box at the season opener.

The immediate pace shown by the Mustang has ignited another parity debate which arrives 12 months on from when Ford and Nissan teams questioned the pace of the Holden ZB Commodore following its dominant debut.

Triple Eight team boss Roland Dane has suggested that the Mustang has an ‘unfair advantage’ while claiming that Jamie Whincup’s second in Race 1 and a pair of thirds for Shane van Gisbergen arrived due to mistakes from other Mustang runners.

McLaughlin is unconcerned by the claims from his arch rivals, choosing to focus on the effort undertaken to produce the Mustang.

“It’s funny when the shoe is on the other foot,” said McLaughlin, alluding to last year’s parity debate when asked about Dane’s comments.

“I’m not stressing about what they (Triple Eight) are saying; we will just go about what we are doing.

“Last year they were in a similar position and this year I don’t think we have an unfair advantage, I think we have just built a great car.

“It’s a great start, we came in wanting two top fives and we walked out with two firsts.

“We absolutely exceeded expectations. I’m stoked for everyone at Shell V-Power Racing, Ford Performance; it has been a long road, I’m just thankful its started off really well.”

Shell V-Power Racing has maintained that the Mustang has been developed in a transparent fashion with Supercars’ recent VCAT homologation process delivering the closest margin between the Ford, Holden and Nissan models.

Ford Australia has also responded to Dane’s claims suggesting that a strong debut is not necessarily a precursor for the car’s form for the remainder of the year.

“What a great event, with Scott McLaughlin’s wins delivering a fairy tale result for the Ford Performance Mustang Supercar on a weekend where we showcased the Mustang NASCAR, Mustang Supercar and a specially-prepared Mustang road car,” read a statement issued to Speedcafe.com from Ford Australia.

“The reality is, it’s only one event and one track, and as we saw last year there’s no guarantee of success by winning one single round.

“The Mustang Supercar was developed with complete transparency and co-operation with Supercars, and the homologation was signed off by all three homologating teams in what is the closest parity in Supercars history.”

The next test for the new Mustang will be the aero dependent Albert Park Circuit for the Beaurepaires Melbourne 400 from March 14-17.