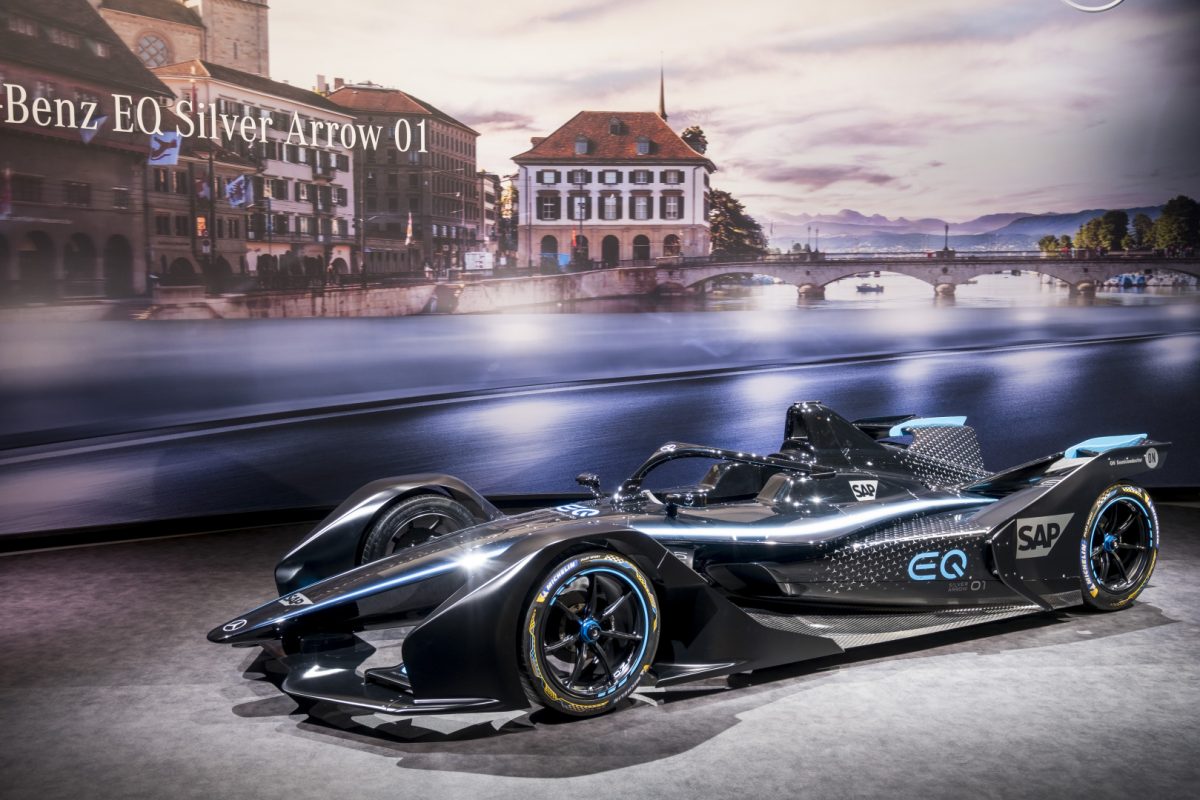 The Mercedes-Benz EQ Silver Arrow 01 in a teaser livery

Mercedes-Benz has revealed its Formula E car in what is has described as a teaser livery before it goes on show at Geneva’s International Motor Show this month.

“Our team has obviously been working behind the scenes on this project for quite a while now, but when you see the car in our teaser livery for the first time, you know that the project has entered a serious phase.

“Formula E is going to be a completely new playing field for us, but we are looking forward to the challenge of demonstrating the performance of our intelligent battery-electric drives in motorsport and of giving a positive boost to the EQ brand.”

Mercedes-Benz’ Formula E effort will be run by HWA, which also fielded its former DTM entries and has joined the all-electric championship this season.

Porsche will also step into Formula E next year, making for what is set to be an expanded, 24-car field.

Mercedes will, however, be the only manufacturer to participate in both F1 and Formula E.