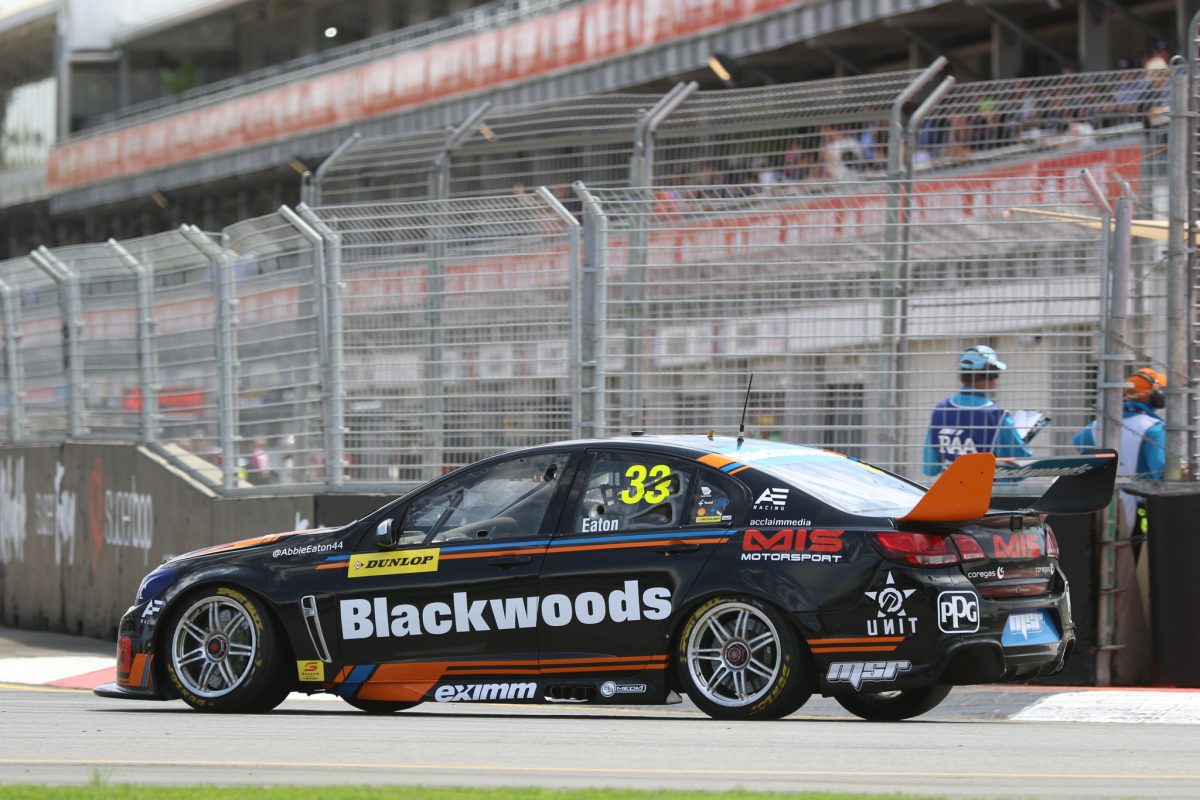 Abbie Eaton has described her Dunlop Super2 Series debut in Adelaide as ‘the biggest challenge of my entire racing career’.

Eaton had a tough weekend racing a Matt Stone Racing Commodore at the Superloop Adelaide 500, with results of 14th, DNF, and 18th in the 20-car field.

The Grand Tour test driver kept her nose clean in Race 1, in which she was the last classified finisher, and copped a hit at Turn 9 in Race 3 when she ended up second-last car on the lead lap.

Her second race in a Supercar was a dismal affair, stalling when the lights went out before bumping the wall at the Turn 8 Sweeper.

While Eaton pressed on from that incident, she would go on to slide into the Turn 7 tyre wall with team owner Matt Stone suggesting that buckled wheels from the earlier hit played a part.

Having been shown a mechanical black flag, Eaton did not complete enough laps to be classified a finisher.

Her fastest race lap, in the weekend finale, came in just under her qualifying time at 1:24.1057s, 2.2s away from the very fastest lap of the race set by winner Bryce Fullwood.

“There was lots to think about through the weekend, but in that last race, we just found a sweet spot with the set-up that we’ve been chasing all weekend.

“If we’d have started with on that on Thursday, I think it would have been a completely different ball game.

“We faced a difficult circuit to get into, but each time I went out I learned something new, and just put it into practice, so overall it wasn’t too bad.”

Eaton has raced at club and national level in England, where she won the 2014 Mazda MX5 Super Cup, and was victorious in the Amateur class of the Blancpain Endurance Series at Monza in 2017 when driving as the desigmated Pro racer.

She found Super2, on the notorious Adelaide Parklands Circuit, to be another level altogether.

“This has been the biggest challenge of my entire racing career over 17 years,” she added.

“It’s just something that you kind of put yourself out there and make it happen. I knew it would be tough.

“I think probably there’s been a few issues along the way that haven’t particularly helped the ease of getting used to everything, but the car’s come back in one piece, so that’s the main thing.”

Eaton’s deal was a one-off for Adelaide, where she drove the car with which Todd Hazelwood won the 2017 Super2 Series.

She is hopeful of being on the grid for Round 2 on the Pirtek Perth SuperNight support card, at Barbagallo, on May 2-4.

“We’re working on getting the full budget together to do the rest of the season, and we’ll see where we go from there,” noted Eaton.

“Looking ahead to Perth, it is a little bit less of a difficult circuit to get a handle on as it is a ‘real’ circuit. I’ve never raced on a street track before this weekend, so it was a real eye opener.

“I can’t thank the guys from Blackwoods and MIS Motorsport Insurance and the team from Matt Stone Racing who worked overtime to make this happen.

“It was a dream come true to be at this event and we’re looking forward to what lies ahead from here.”

Eaton is currently 18th in the series, which is led by dual Adelaide race winner Fullwood.