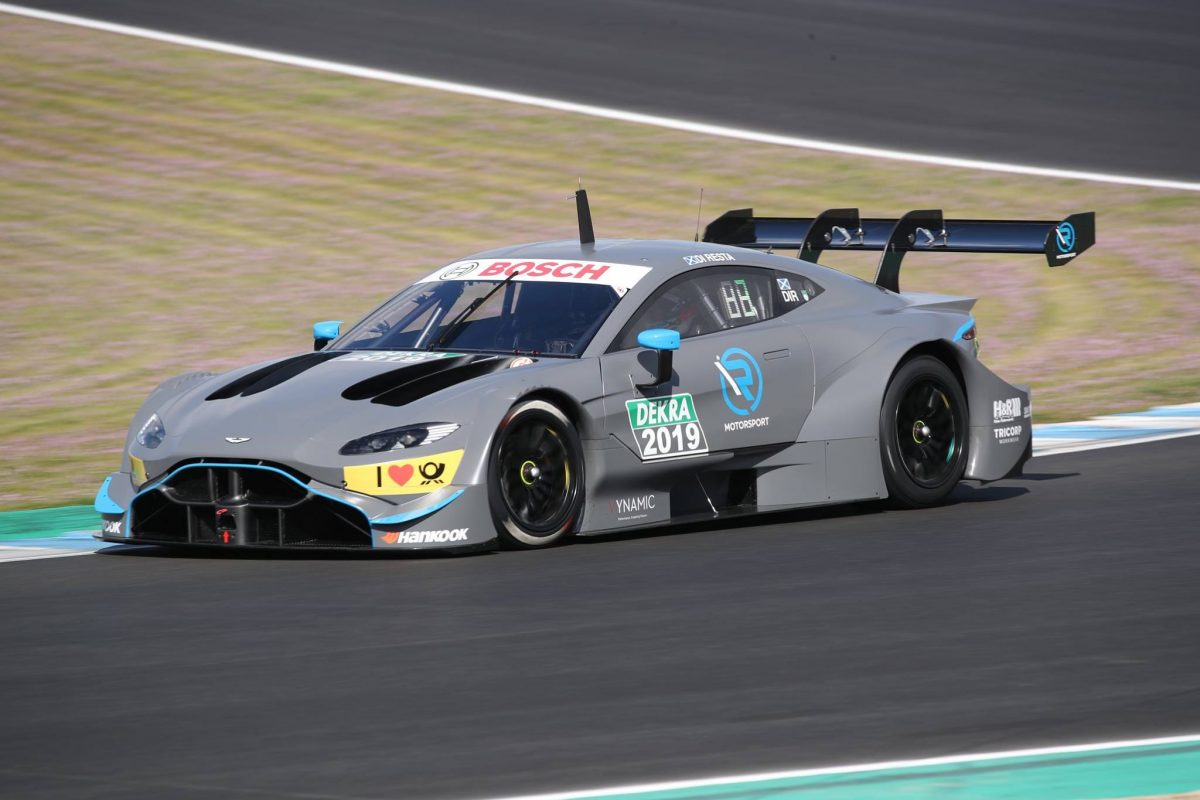 Swiss team R-Motorsport debuted the car during a test at Spain’s Jerez circuit yesterday where it completed six laps with former Formula 1 driver and DTM champion Paul Di Resta at the wheel.

Aston Martin will join BMW and Audi in this year’s DTM following Mercedes’ withdrawal at the end of last year.

“The technical team has done a terrific job. Getting the Aston Martin Vantage DTM car track ready in well under 100 days has to be a DTM record,” said team boss Florian Kamelger.

“The car is an absolute stunner to look at, and the first impressions registered by Paul are promising.

“Although we still have a lot of work ahead of us before the season opener at Hockenheim, we can feel confident that we’ve got the basics of the car right.”

Testing of the car at Jerez will conclude on Friday.