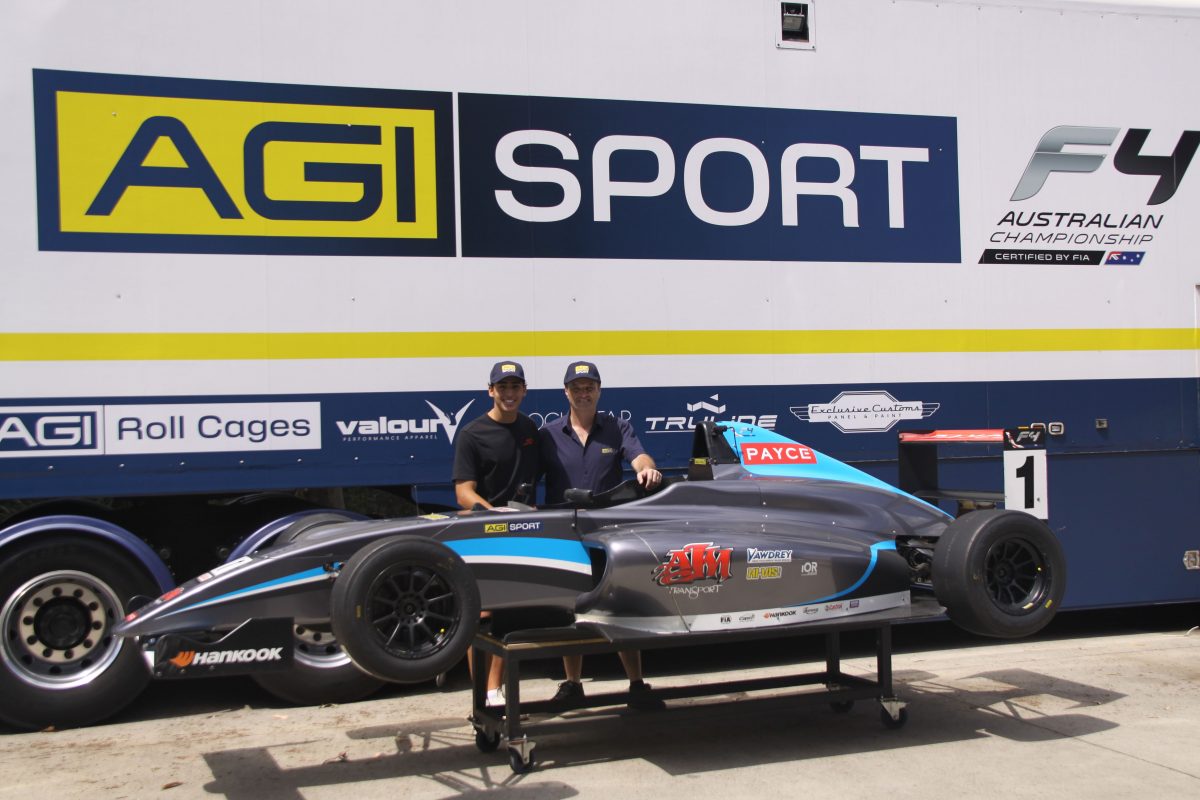 In what is describing as a wildcard entry, the 19-year-old will race in the season-opener with AGI Sport.

“I’m so stoked to be racing the Formula 4 at the Formula 1 Rolex Australian Grand Prix, especially with my old team AGI Sport,” said Ojeda.

“I would like to thank AJM Transport Newcastle, AGI Sport and CAMS for this awesome opportunity.

“The chance to compete at the Australian Grand Prix is special, racing on the same track as the F1 cars will be amazing.”

AGI team principal Adam Gotch added, “After winning the Formula 4 Championship with us last year we’re delighted to be able to welcome Jayden back to AGI Sport for this special occasion.

“We are delighted to be adding an experienced driver of Jayden’s calibre to our team for the Grand Prix as part of a strong five car line-up for AGI Sport at this event.”

Ojeda’s entry means that the #1 plate will be brought out for just the second round in championship history, the first being the 2015 finale when Jordan Lloyd arrived having already clinched the title that year.

Luis Leeds, Jackson Burton, and Antonio Astuti have also been confirmed for AGI Sport for the AGP round.

Leeds returns to the championship while Astuti ran with the team in the final round of 2018 in Pukekohe.

Burton makes the step to F4 at Albert Park after two seasons in national and state Formula Ford.

“It’s an awesome feeling that I’ll be sharing the same turf with Formula 1 and the likes of Ricciardo, Hamilton and Vettel, I’m really looking forward to getting out on track at the famous Albert Park circuit,” he said.

“I’ve learnt a lot from my time in Formula Ford about car control and developing my race craft, and now I’ll be building on from that and further refining my driving technique to get the most out of the F4 car.”

The Australian Grand Prix meeting starts on March 14, when the F4 field will take to the track for practice and qualifying for Castrol Pole Position.