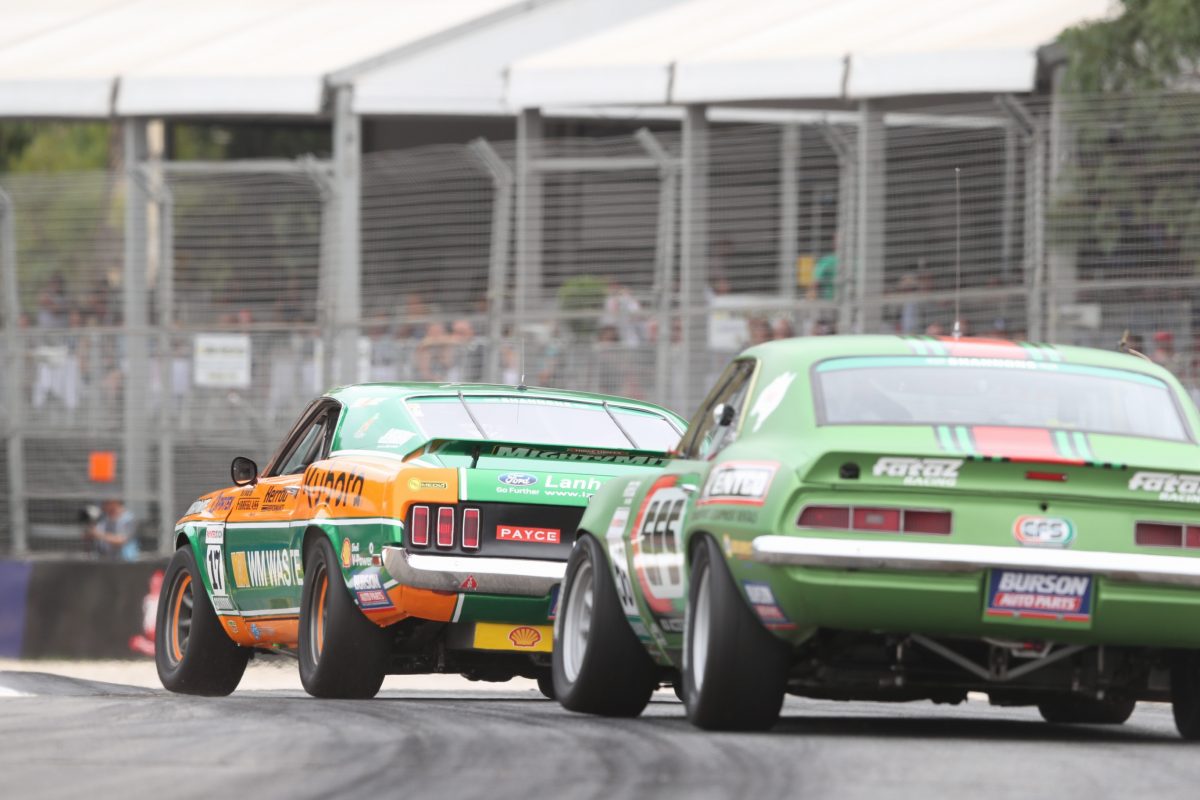 Steven Johnson completed a clean sweep of the of the Paynter Dixon Touring Car Masters points-paying races by taking out Race 3 at the Superloop Adelaide 500.

A fast-starting Marcus Zukanovic (XD Falcon) ran up the Turn 4 escape road out of fifth place on Lap 3.

Harris then began putting pressure on Johnson for the lead as Bressington made it a three-way battle, but the trio eventually spread out.

John Bowe, who started from the back of the field, was involved in a Holden Torana battle, making a move on Bruce Williams for sixth on Lap 6.

He then set his sights on another Torana, namely that of Jason Gomersall, and picked him off on Lap 8.

Johnson crossed the line just under a second ahead of Harris, followed by Bressington, Jim Pollicina (Holden Torana) and Bowe.

Gavin Bullas (Holden Torana) suffered a suspension failure as he exited the last corner but managed to cross the line in 13th, immediately ahead of Zukanovic.

Johnson’s clean sweep is the first in Touring Car Masters at Adelaide since 2009, and leaves him with a healthy series lead of 16 points over Bressington ahead of Round at the WD-40 Phillip Island SuperSprint from April 12-14. 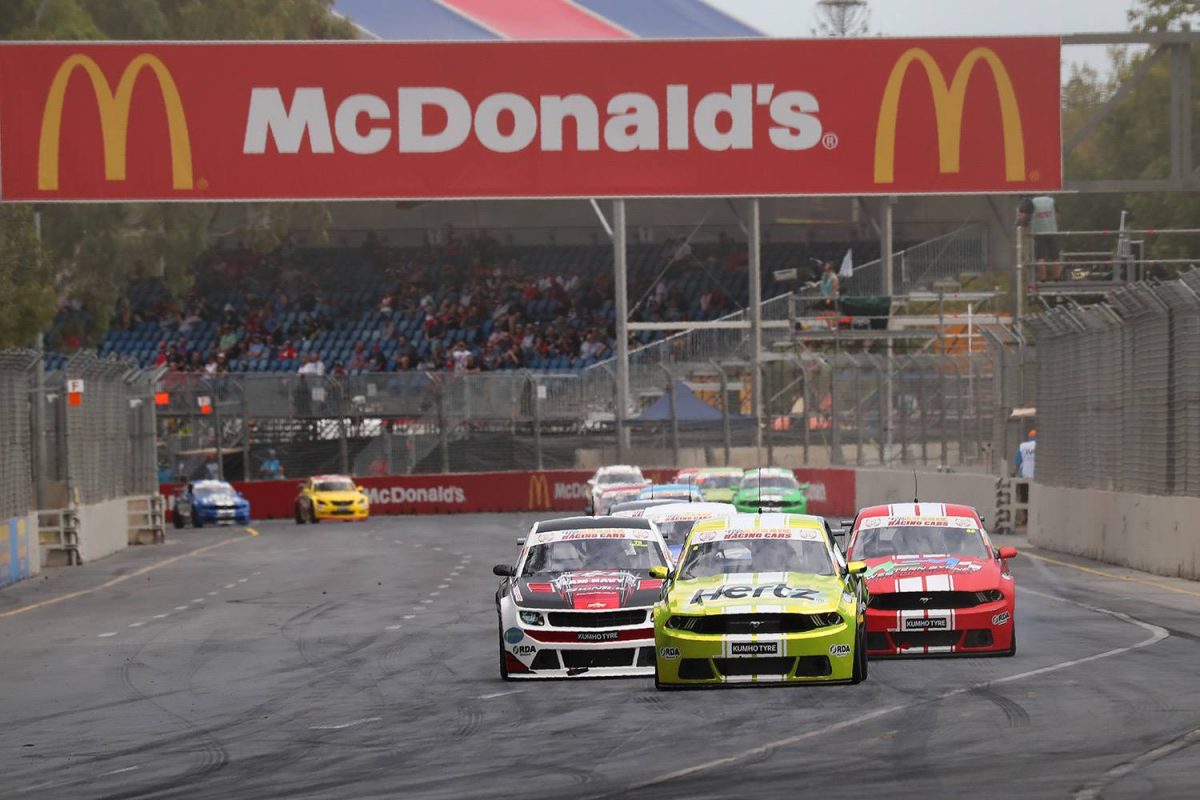 Justin Ruggier has clinched victory in Round 1 of the Aussie Racing Cars season by denying Kel Treseder the win in Race 4.

Ruggier, who won Races 1 and 2, shared the front row with Race 3 winner Treseder by virtue of points accumulated over the weekend.

The former just nipped into the lead as they reached Senna Chicane off the start and a five-car breakaway quickly formed.

That became three cars on Lap 2 as Blake Sciberras stuck with Ruggier and Treseder but Leigh Bowler and Josh Anderson fell away.

A Treseder race win would have seen him snatch the round and Ruggier resorted to defensive lines on several occasions.

Their battle kept Sciberras in the fight as well but there would be no positional change between the trio.

Anderson and Bowler did, however, swap positions on Lap 3 of seven.

Round 2 supports the Tyrepower Tasmania SuperSprint at Symmons Plains International Raceway on April 5-7. 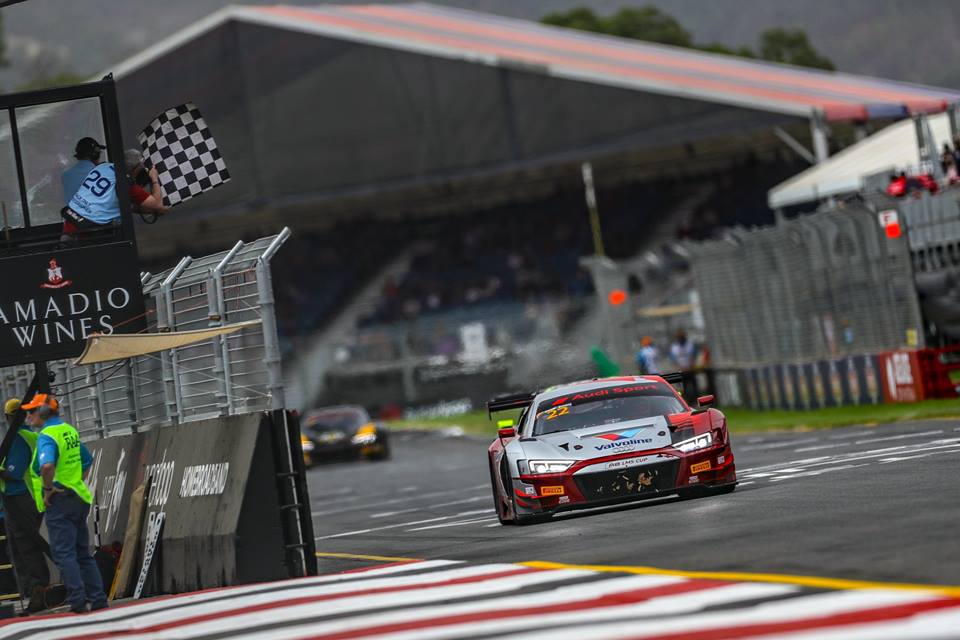 Geoff Emery was gifted victory in the final race of the weekend for the Audi Sport R8 LMS Cup after a last lap crash for long-time leader Bhurit Bhirombhakdi.

The front two rows went four wide on the run down to the Senna Chicane at the start as Alexander Au took over the top spot on the opening lap.

Bhirombhakdi settled into second as Tony Bates made a charge towards the front after qualifying near the rear.

Bhirombhakdi made contact with the right rear of Au at Turn 7 and swooped into the lead on the run down to Turn 8, with Emery taking advantage of Au’s damage to snap up second.

Andrew Haryanto, who started from the rear due to a five-place grid penalty for an incident in Race 1, spun off the road at the final corner and into the grass in the second half of the 30-minute encounter.

A few laps later, Haryanto made considerable contact with the tyre barrier at Turn 7 after losing the back end of the car, but was able to continue.

On the penultimate lap of the race, Bhirombhakdi fired it off the road at the last corner and ended up in the fence, handing Emery the victory from Au and Yasser Shahin.