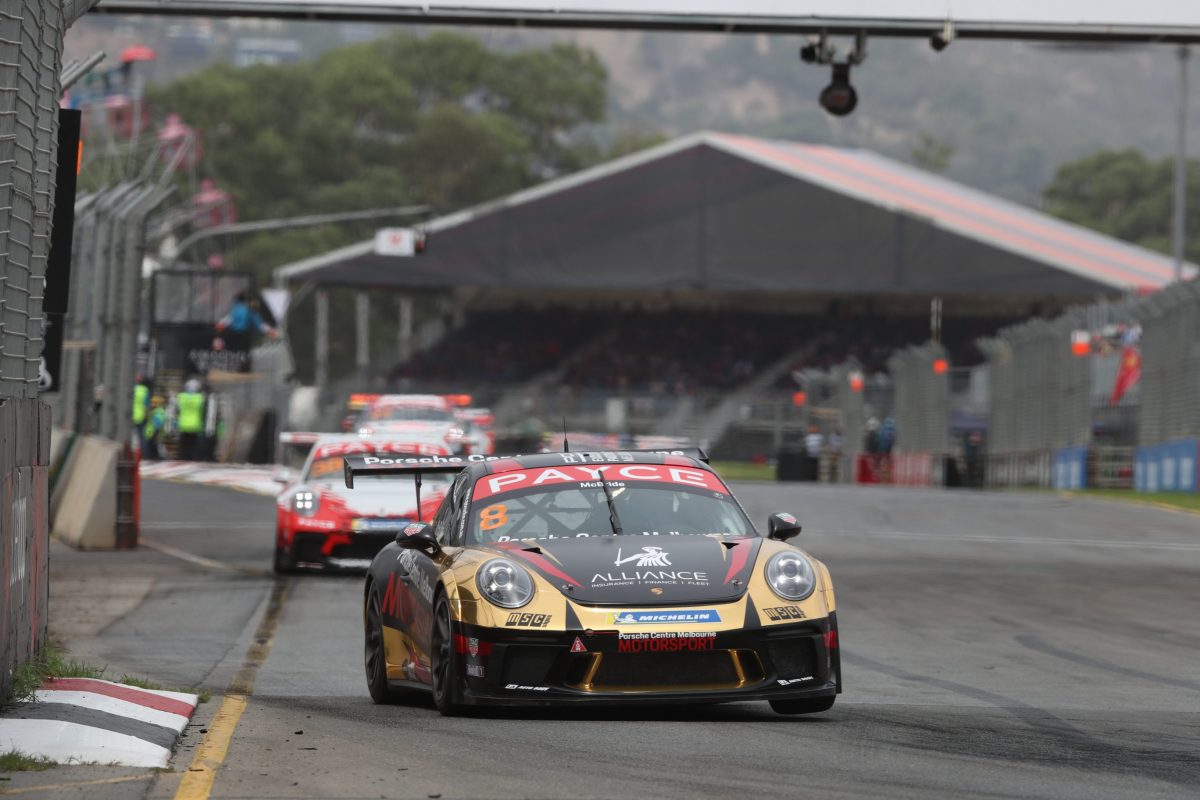 A third win for Nick McBride on the streets of Adelaide rounded out a perfect weekend at the opening round of the Porsche Payce Carrera Cup Australia Series.

A good jump from Wall was countered by McBride who held the inside line to take the lead as Luff fell to fifth when Jordan Love made a strong start to breeze by before they reached the opening turn.

On the second tour, Sam Shahin made a lunge on Anthony Gilbertson, skating through into the escape road at Wakefield Street and falling to the back of the pack.

The pair were battling over second in the Pro-Am class, Liam Talbot having cleared Gilberston to head that competition in the opening exchanges.

Down the order Thomas Maxwell and Cooper Murray banged doors as they squabbled towards the back end of the top 10, while a four-car battle emerged for the final podium position.

Third placed Dale Wood proved somewhat of a cork in the bottle, fighting a rear-guard action over Love, Luff, and Michael Almond who were all in tow.

That allowed McBride and Wall to eke clear at the front of the race, moving out to a nearly five second advantage by the time they started the final lap.

Third place went to Wood over Love, while Talbot hung on to take his first Pro-Am class win in just his third Carrera Cup start.

McBride’s efforts were enough to see him take out the round, with Gilberston taking the Pro-Am round with two wins and a second in class.