Fullwood doubles up in Adelaide Super2 round

Fullwood doubles up in Adelaide Super2 round 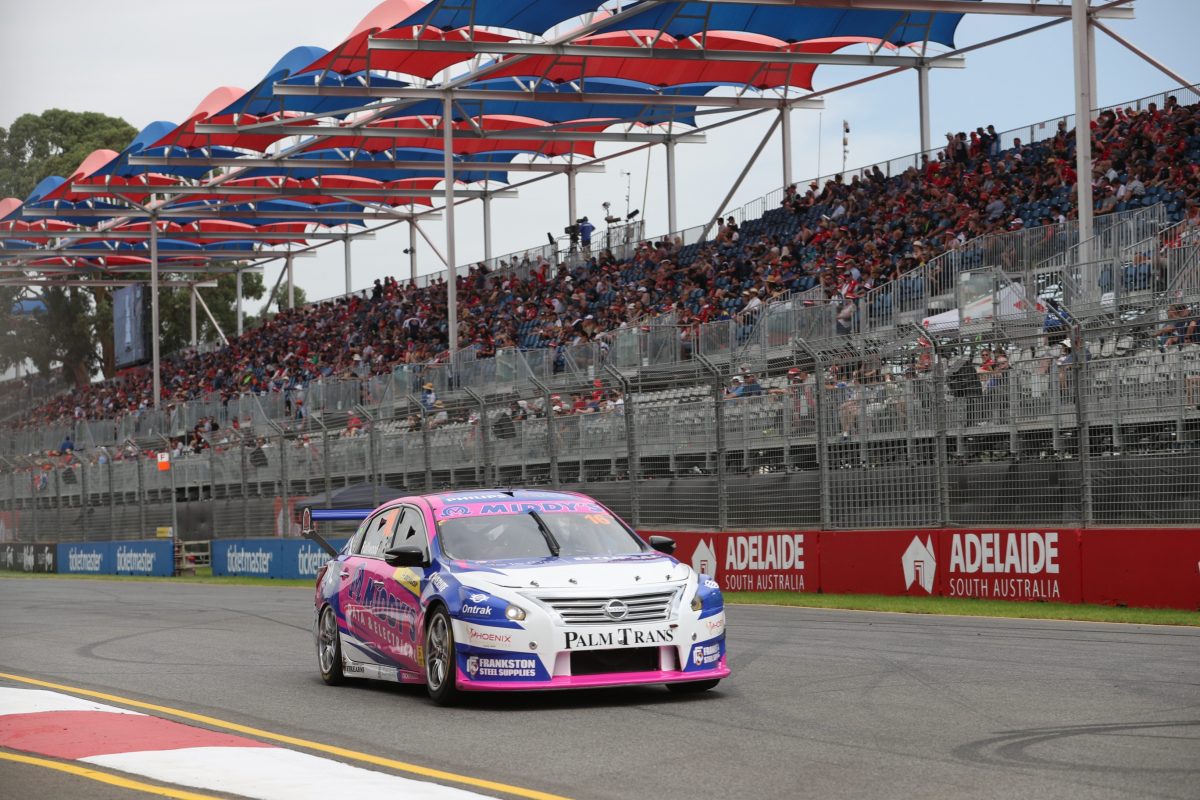 Bryce Fullwood has made it two race wins out of three with a comfortable victory in Race 3 of Round 1 of the Dunlop Super2 Series in Adelaide.

The MW Motorsport driver got the jump on Race 2 winner Brodie Kostecki when the lights went out and drove on to win by 3.4498s after 19 laps, meaning he will take the series lead to Barbagallo Raceway in May.

Brodie Kostecki (Kostecki Brothers Racing VF Commodore) had a lonely drive to second position, granting him the same result for the round.

Zane Goddard, in another MWM Altima, finished the weekend with results of second-third-third.

Thomas Randle took the chequered flag 2.4192ss further back in fourth in the Tickford Racing FGX Falcon after an early charge from ninth on the grid.

Still recovering from being unloaded on Lap 1 of the first race, Randle pulled off an impressive outside pass on Adam Marjoram at Turn 5 on Lap 2.

By the time he got by Mason Barbera on Lap 4, that was for the effective fourth position given that Ash Walsh, one car up the road, would imminently take a drive-through penalty.

Will Brown (Eggleston Motorsport VF Commodore) both started and finished a spot behind Randle, similarly making all of his positional gains in the first six laps.

Barbera, who qualified a career-first Armor All Pole Position in the sole progressive grid round of the season, took the chequered flag in seventh, and Dean Fiore (Eggleston VF Commodore) went from 15th to eighth.

By contrast to the pointy end, there were furious battles at the back end of the top 10 and beyond throughout the race.

Adam Marjoram (Image Racing VF Commodore) got his ears boxed several times on his way to ninth while Kurt Kostecki (VF Commodore) rounded out the top 10.

He and Triple Eight team-mate Brenton Grove started from the back after both were excluded for a parc ferme breach prior to Race 2.

Kostecki had been attacking Marjoram with a handful of laps remaining but instead temporarily lost 10th to Dylan O’Keeffe after getting loose off Turn 11.

O’Keeffe was again top rookie in his GRM VF Commodore in 11th, and Justin Ruggier (Eggleston VF Commodore) next best of the first-timers at one position further back.

Grove took 13th after surviving a wild moment near pit entry on Lap 8.

Jordan Boys had been trying to get into the lane due to suspension damage in his Image VF Commodore when Jack Smith fired down the inside at Turn 13.

Grove had to dive to the grass in his VF Commodore to avoid shunting Boys but still made Turn 14 and pressed on.

Walsh finished down in 16th after a drive-through for work taking place on his Matt Stone Racing VF Commodore after the one-minute signal.

He also had a clash with a struggling Smith at Turn 9 with three laps remaining, and the latter ended up 17th in the Brad Jones Racing VF Commodore.

The Grand Tour driver Abbie Eaton was 18th in another MSR VF Commodore, having copped a hit at Turn 9 during the piece.