Edwards: Kelly’s part in pit crash ‘one of the dumbest things’

Edwards: Kelly’s part in pit crash ‘one of the dumbest things’ 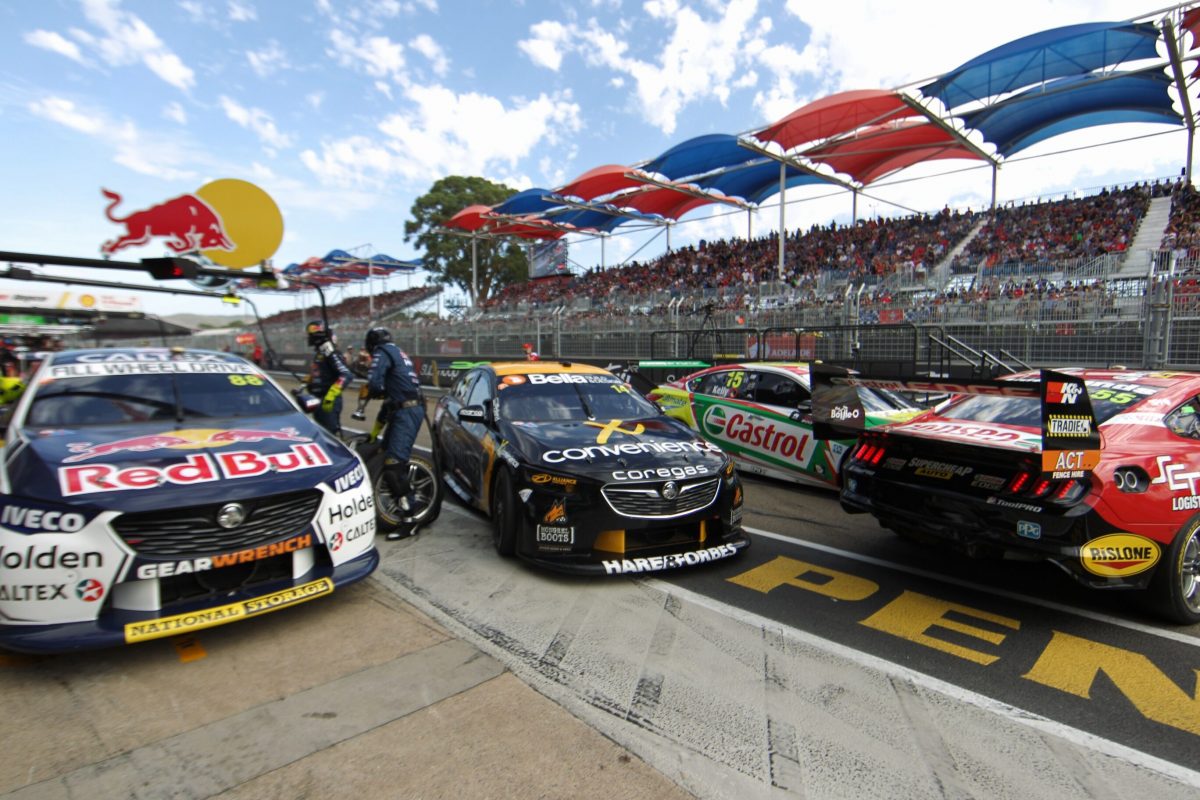 The pit lane incident between Chaz Mostert and Rick Kelly

Tickford Racing team principal Tim Edwards has described the role which Rick Kelly played in his and Chaz Mostert’s remarkable pit lane crash as ‘one of the dumbest things’.

While accepting ultimate responsibility for the contact in the pits during Race 2 of the Virgin Australia Supercars Championship in Adelaide, Edwards was also highly critical of Kelly’s actions in exacerbating the incident.

Just over two-thirds of the field had entered the pit lane under the only Safety Car period of the Superloop Adelaide 500, called on Lap 27, creating significant congestion.

Mostert initially couldn’t manoeuvre himself around the Fabian Coulthard Mustang which was parked in the bay in front of him and had to be pulled back by his Tickford crew.

When he did drive into the fast lane, he was hit in the passenger door by Kelly, who stayed in the throttle and turned the Supercheap Auto Mustang almost perpendicular to the wall.

The blockage required following cars to thread through the Triple Eight Race Engineering and DJR Team Penske pit bays in order to exit the lane.

Edwards admitted that the clash was “a hundred percent our fault” but claimed that Kelly’s actions were unnecessary and served to not only worsen the incident but effectively take his own Castrol Altima out of the hunt with front end damage.

“We were 10 metres from our own pit bay still doing three-point turns trying to get out so no one was really focusing on what was coming down the pit lane because we were too busy pulling the car back, pushing it forward, so it was a very difficult situation,” explained Edwards.

“To be honest, I blame Rick, because that was the dumbest thing, just driving straight into the side of Chaz at full steam and taking himself out of the race.

“There’s a middle pedal in the cars and he didn’t touch it, so pretty stupid by him.

“Of course, Chaz was done for an unsafe release but Rick took himself out of the race and turned Chaz sideways so it was pretty dumb.”

Kelly, however, argued that he expected Mostert to yield after the initial contact and therefore should not have needed to fan the throttle.

“For the first impact no, because I was that far up. Normally it’s a close call, but this one wasn’t. I was right up alongside him when we hit.

“Once we hit, I thought ‘He knows I’m there now, he’ll straighten back up,’ but he didn’t, he belted back into me a second time.

“I thought ‘He knows now,’ and then a third time, which spun him around in front of me. It was awkward for both of us.

“It’s unfortunate, because with the pace we had and the strategy, we were in a good position today.”

“He’s come down and apologised, which is really good, it’s pretty rare these days,” remarked Kelly.

“But it’s really not for him to apologise. It’s one of those things that I believe at that point should still be in the control of his car controller, who obviously didn’t alert him to the fact I was next to him.

“There’s not much he could have done in that situation.”

Mostert put the clash down to a breakdown in communication.

“It was just a lack of communication. At the end of the day, definitely our fault,” he conceded.

“You can’t blend into the fast lane when there’s another car there.

“It was a really tight pits and for me, I tried to get into the box at the best angle I could.

“I had to get pushed back and it was just a lack of communication on our part.

“I thought I was good to go, but I couldn’t see much either.

“At the end of the day I ruined Rick’s race, I’m really apologetic for that, I never want to do that.

“It’s the first time I’ve had a spin in pit lane, so I’ll put that to the credentials.”

Mostert, who was effectively fifth or thereabouts at the time, came home 15th after serving a drive-through.

Kelly spent time in the shed before returning to the track to finish at the back of the field, 16 laps down.

The whole field files around a stricken Mostert in pit lane.#VASC pic.twitter.com/hklqvfLsfA