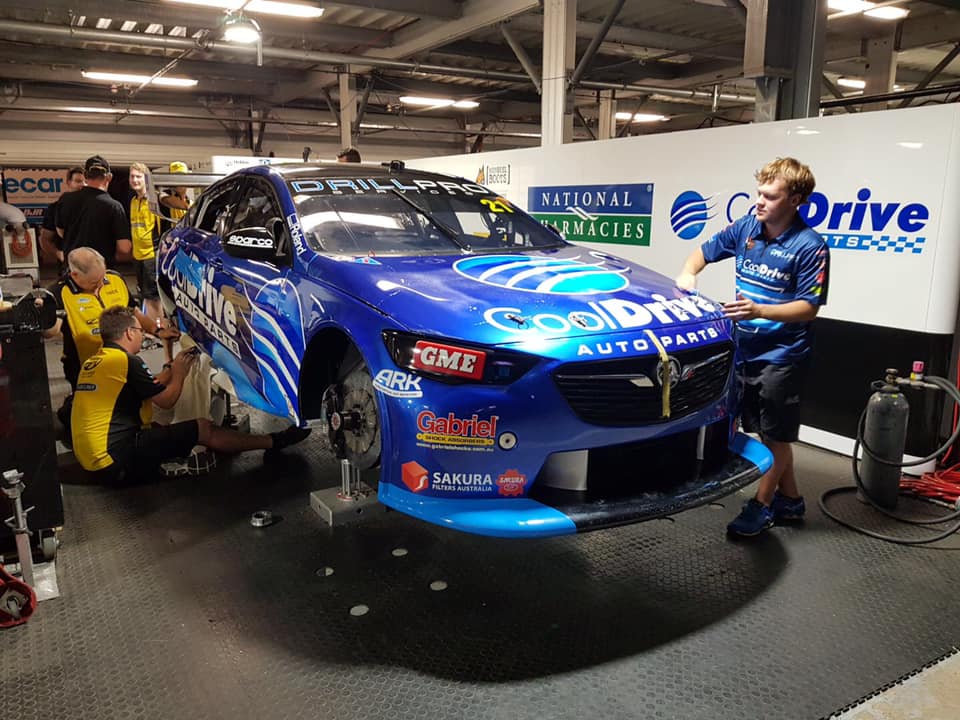 The CoolDrive Commodore will return to the track today at the Superloop Adelaide 500 following an overnight repair after a brake failure induced crash for Macauley Jones in Practice 4.

The rookie speared backwards into the tyre wall at Turn 9 of the Adelaide Parklands Circuit in the last minute of the final practice session.

Brad Jones Racing, which runs the #21 ZB Commodore, had initially hoped to turn the car around in time for Race 1 yesterday afternoon but that plan was ultimately called off.

Work resumed last night and wrapped up this morning at 0400 local time.

Race 2 will be held this afternoon following Armor All Qualifying at 1030 local time/1100 AEDT and an Armor All Top 10 Shootout.