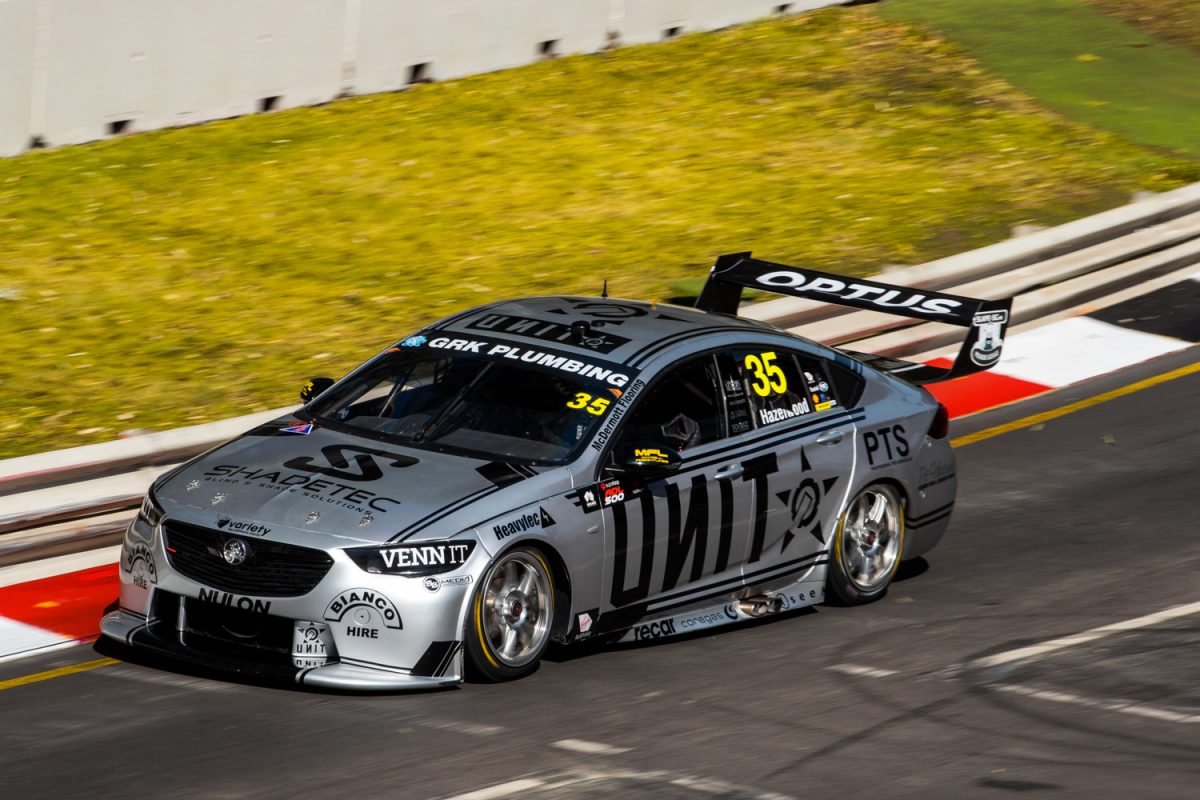 Todd Hazelwood described a maiden Armor All Top 10 Shootout lap at the Superloop Adelaide 500 as a dream come true.

The South Australian admitted that his appearance was a ‘surreal’ moment having idolised the event as kid growing up in Adelaide.

The feat follows a difficult rookie year in the category that saw the Matt Stone Racing driver prop up the championship standings.

Now armed with a new Triple Eight built ZB Commodore, Hazelwood made the most of his shootout lap to score his career best Supercars qualifying result of eighth.

“It’s a pretty surreal moment for me,” said Hazelwood.

“I grew up just down the road here so to be in this is just a dream come true in front of a home crowd.

“I can’t thank everyone at Matt Stone Racing and Unit enough for making this opportunity for me.

“It was a little bit greasy at the start of the lap and that’s what we’ve been struggling with all weekend.

“I made a little bar adjustment halfway through that lap and it was a little bit better. Overall just stoked to be out here, it’s such a privilege.

“Really happy with my lap and can’t think the team at Matt Stone Racing enough for giving me a great car today.”

Hazelwood’s improved showing also arrives at the first event of MSR’s new technical alliance with Triple Eight which was struck following the purchase of an ex-Jamie Whincup Commodore.

After a year that was hampered by a change of make from Ford to Holden last year, the former Super2 series winner says his confidence is growing again.

He beat his personal best finish by one position with 12th in Race 1 on Saturday.

“I think the biggest thing for us is our set-up philosophy is really making a lot of sense,” he added.

“We’ve come out of both test days that we’ve had now with this car really positive.

“Obviously you come into the first year optimistic because obviously everyone improves over the off season but they come here with a linear spring, it’s back to something we know well and had a lot of success with that back in 2017 in the Super2 Series.

“Every change we’ve made this weekend has been positive.

“We got pushed out of our window a little bit for the first race qualifying. We missed the mark a bit there but we made a big change for the race and it was really positive and moved right up in the field.”

Looking ahead to the race, Hazelwood believes he has the car pace to stay with the leading runners.

“I think just treat it like another race and just absorb it and take it all in,” he said.

(The) biggest thing for me is I want to make sure I get a good first lap and get that out of the way.

“I think we’ve got the car pace to settle into a rhythm and stay amongst those guys. If we can pluck a few off that’d be even better.”