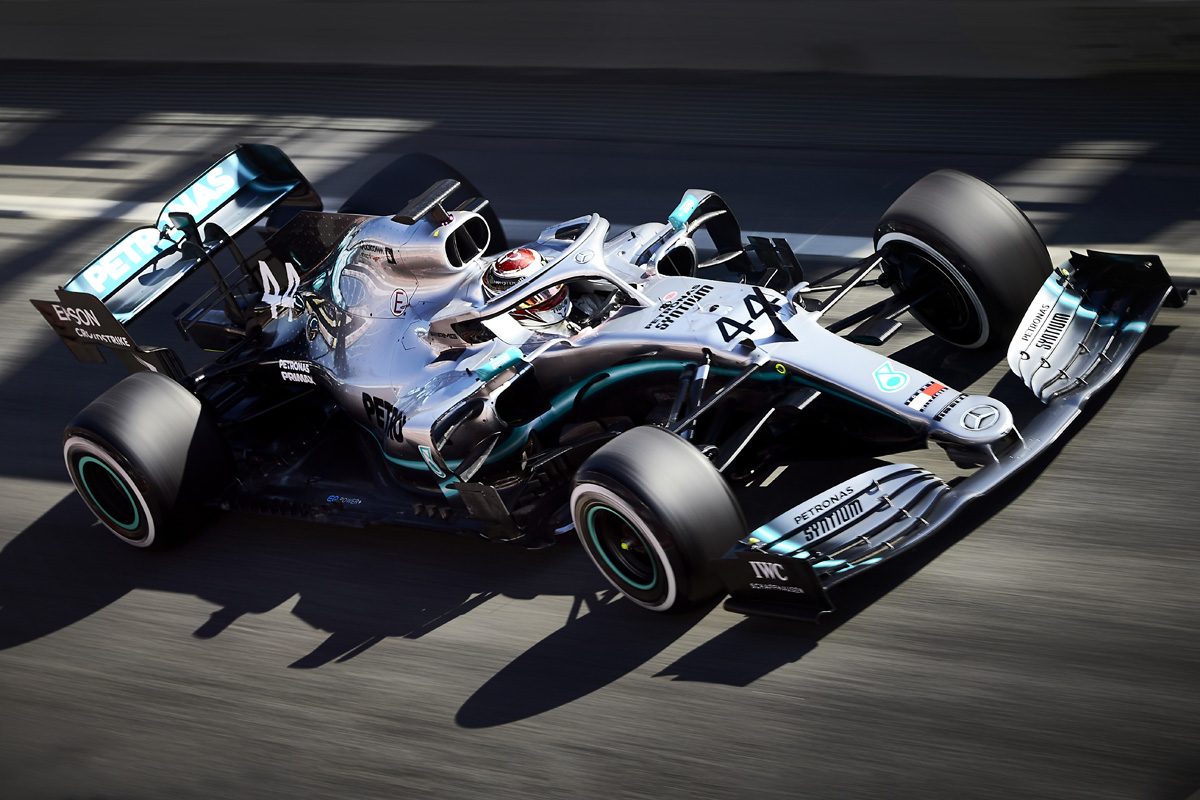 A late lap from Lewis Hamilton saw the 2018 world champion record an almost identical time to Sebastian Vettel on the final day of Formula 1 pre-season testing.

Ferrari has dominated the eight days of testing to date, with many writing the Italian squad in as early favourites for the title.

However, Hamilton’s lap sets up the tantalising prospect of another Mercedes versus Ferrari squabble with the two leading teams looking closely matched once again.

The Ferrari by that stage had ground to a halt with electrical issues which ultimately saw his test called early, though not before the four-time champ had recorded 110 laps.

Vettel’s lap came in the morning, when the bulk of performance runs took place as teams again switched focus to long run pace in the afternoon.

The exception was Hamilton, who had a couple of swings at banking a fast lap later in the day.

“The last couple of days have been very positive: it felt like the changes we were making helped us progress and gave us clear feedback of when we were moving in the right or the wrong direction,” said Hamilton.

“Today, it was nice to feel the car on lighter fuel and to discover it a little better; I really enjoyed the day and got a good feel for the tyres as well.”

Vettel wasn’t the first to pull the plug on the final day’s activities, with Red Bull sitting out the bulk of the day when a gearbox issue interrupted Max Verstappen’s program.

Like Ferrari, Red Bull elected not to return to the circuit for the balance of proceedings, leaving the Dutchman with just 29 laps to his name – the fewest of any runner for the day.

The day had a final sting in the tail for Haas when Kevin Magnussen ground to a halt with less than 15 minutes on the clock, the green flag waving again with just two minutes to run in the day’s action.

Hamilton, Nico Hulkenberg, and Daniil Kvyat all took the opportunity, with time enough only for a single flying lap at the very end of eight days of testing.

The American team said Magnussen’s stoppage was the result of ‘little issues’ while Williams had an interrupted day and explained that “a number of critical bodywork parts reached a stage of degradation.”

It left Robert Kubica with 90 laps to his name and the slowest time of the day, 2.7 seconds off Vettel’s pace with his best time set on the C5 tyres.

With testing complete teams will next head to Melbourne for the opening race of the 2019 season on March 14-17.