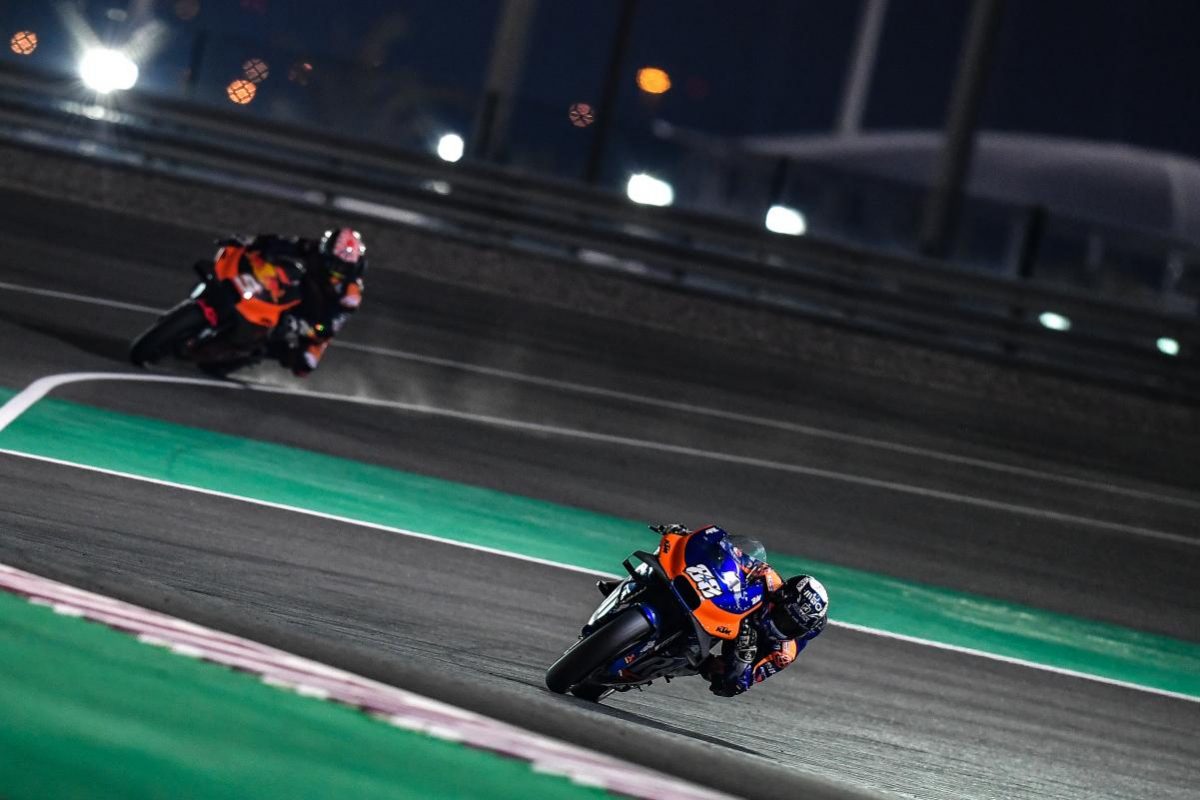 The Grand Prix Commission has officially decided to introduce the ‘long lap’ to the list of MotoGP penalties this season.

The long lap will require riders to take a designated longer line through a particular corner of the circuit as punishment for a breach of rules, normally regarding track limits.

It is considered a fairer, more standardised penalty than imposing a position drop on a rider.

Riders trialled the long lap at the recent Qatar pre-season test, where a lane was marked through the asphalt run-off area on the outside of Turn 6.

According to the Commission, it is set to be implemented at every circuit.

“When the FIM MotoGP Stewards impose a Change of Position penalty on a rider, for Track Limits, or any other reason, there is a possibility of it being unfair, (depending on whether a rider is close to others or not) and it is also difficult to monitor when there are multiple infractions,” read the notification of the Grand Prix Commission’s decision.

“To make a more fair and verifiable penalty, the Grand Prix Commission, after consultation with the Safety Commission, have agreed to introduce a new ‘Long Lap Penalty’.

“At every circuit a route will be defined and marked at a safe point around the track, (usually an asphalt runoff area outside of a turn), which is some seconds slower than the normal racing line.

“The penalised rider must ride through the defined area within 3 laps of being notified, thereby suffering a penalty equivalent to several seconds, (typically 2 or more seconds), on that lap.

“Procedures will be in place to enable the Stewards to use an equivalent time penalty in case the rider is unable to complete the Long Lap, (e.g. in case of a red flagged race).

“This penalty will be added to the list of sanctions available to the FIM MotoGP Stewards, and whilst it is primarily intended for track limits violations, it may be used in any circumstances deemed appropriate by the Stewards.

“The drop position penalty will continue being available to the Stewards.”

Round 1 of the season starts back at Qatar’s Losail International Circuit on March 8-10 (local time).