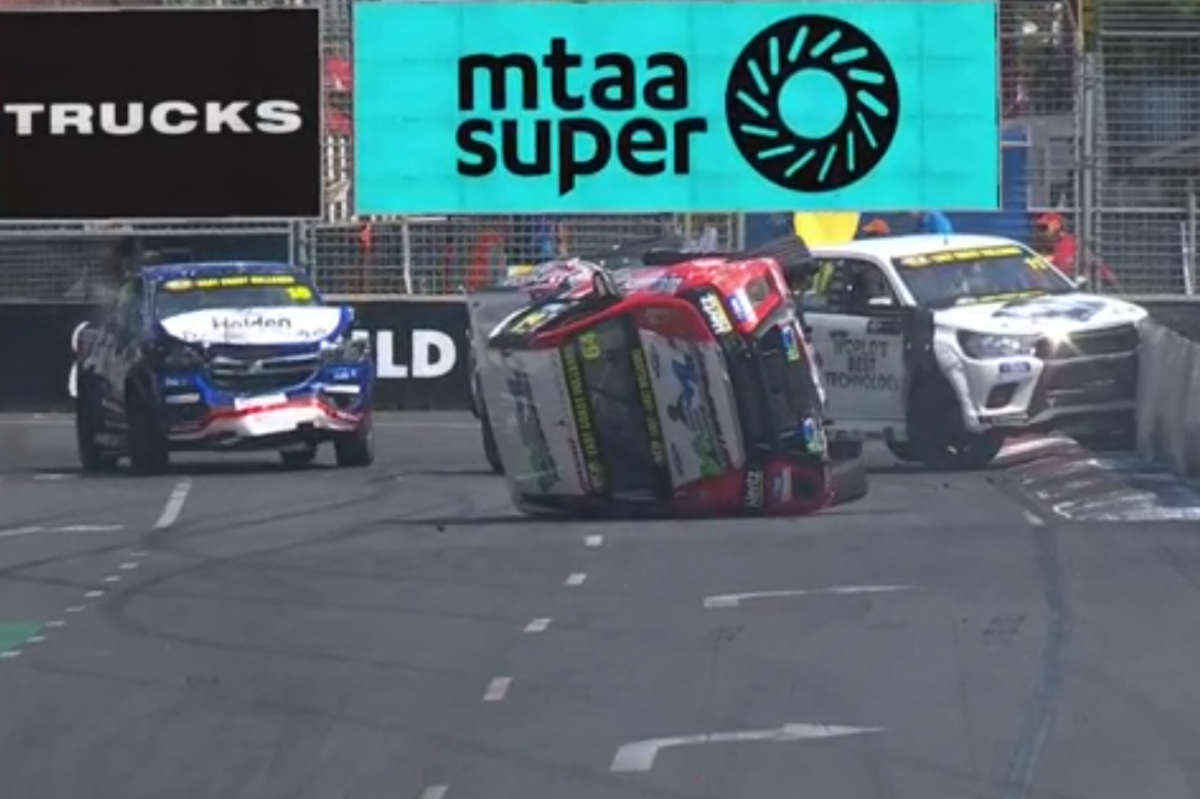 Craig Woods on his side pic: Fox Sports

The ECB SuperUtes Series has been marred by more Lap 1 carnage in Race 2 of the weekend at the Superloop Adelaide 500.

Craig Woods ended up on his side after riding up on the new Turn 7 exit tyre wall as a result of an incident ahead of him between Craig Dontas and Ben Walsh, while Ryal Harris won the race.

Dontas (Sieders Racing Team Mitsubishi Triton) and Walsh (Western Sydney Motorsport Toyota Hilux) were battling for fourth when the former went across the nose of the latter and into the wall between Turns 6 and 7.

It forced Woods, who was immediately behind, to run shallow towards Turn 7 and he picked up the right-hand-side of his WSM Hilux which ran him wide and into the tyre barrier.

Cameron Crick (SRT Triton) snuck through with a brush of the barrier but Luke van Herwaarde (SRT Hilux) had nowhere to go and was in turn shunted by Adam Dodd (Peters Motorsport Mazda BT-50) and the hapless Dean Canto (Team 18 Holden Colorado).

Harris saw off pressure from Alexander (Ross Stone Racing Isuzu D-Max) after the restart to take victory in the #1 Peters BT-50, with no position changes in the two laps which remained. 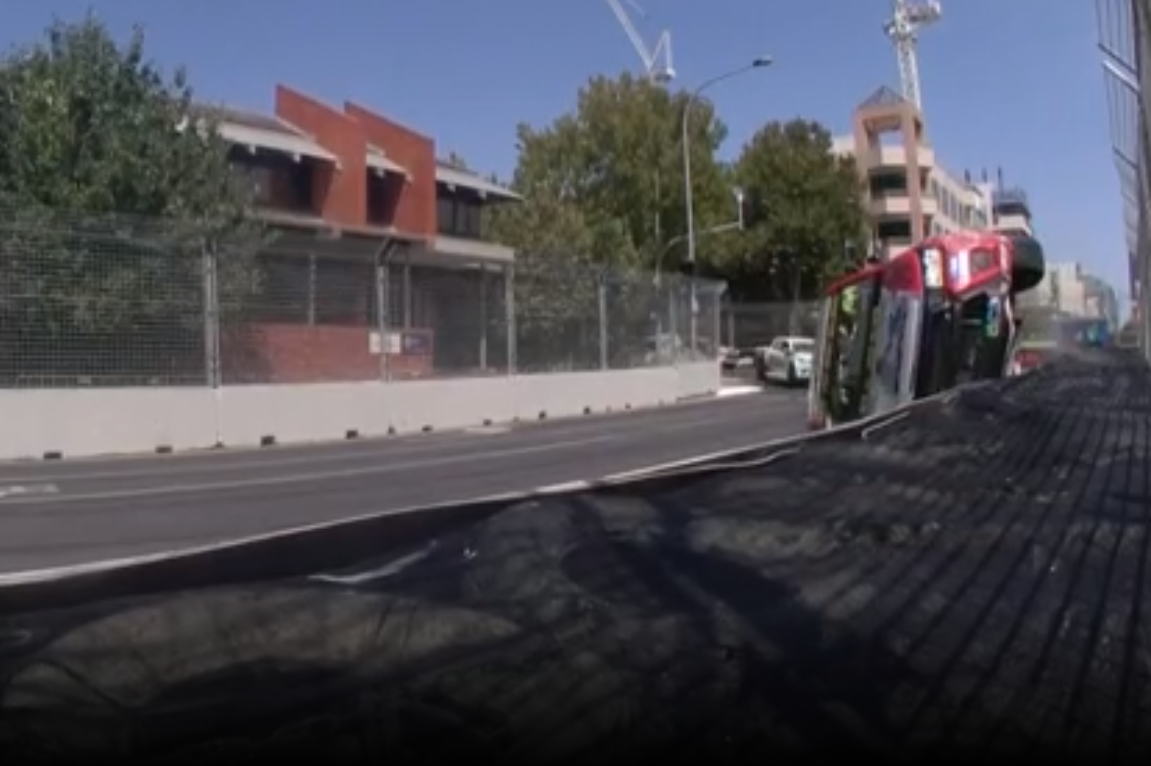 Woods rides up on the tyre wall pic: Fox Sports 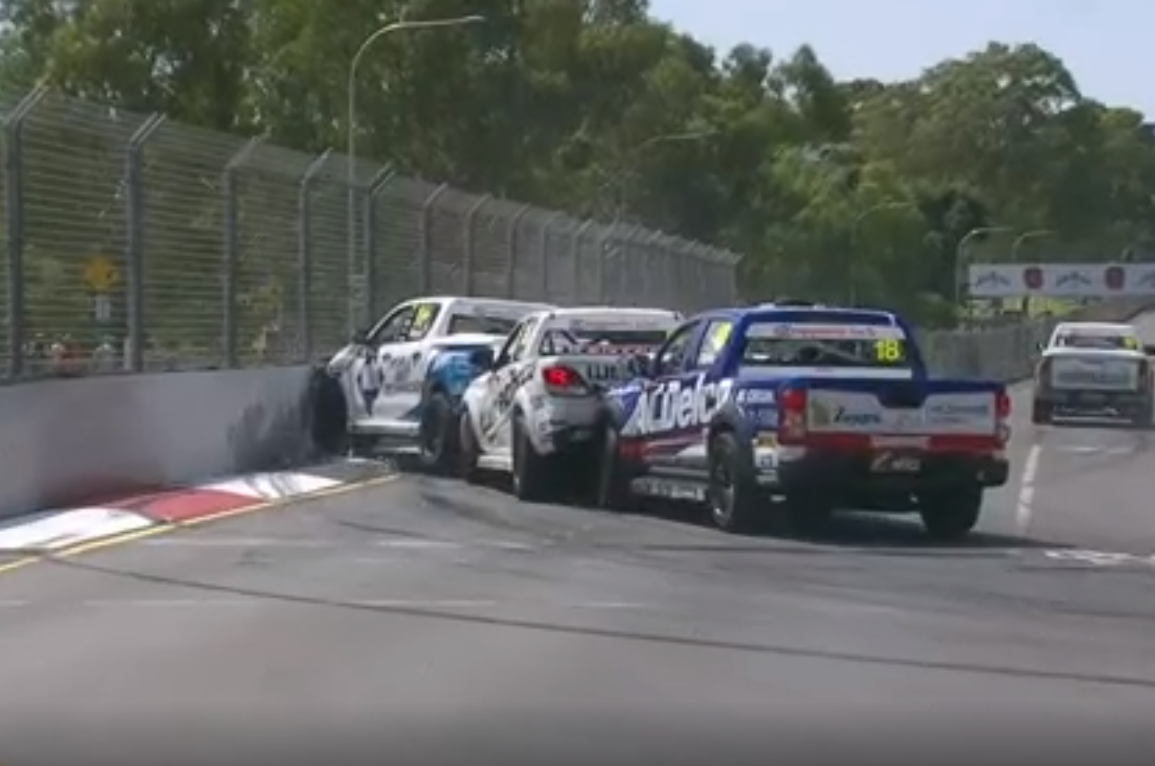