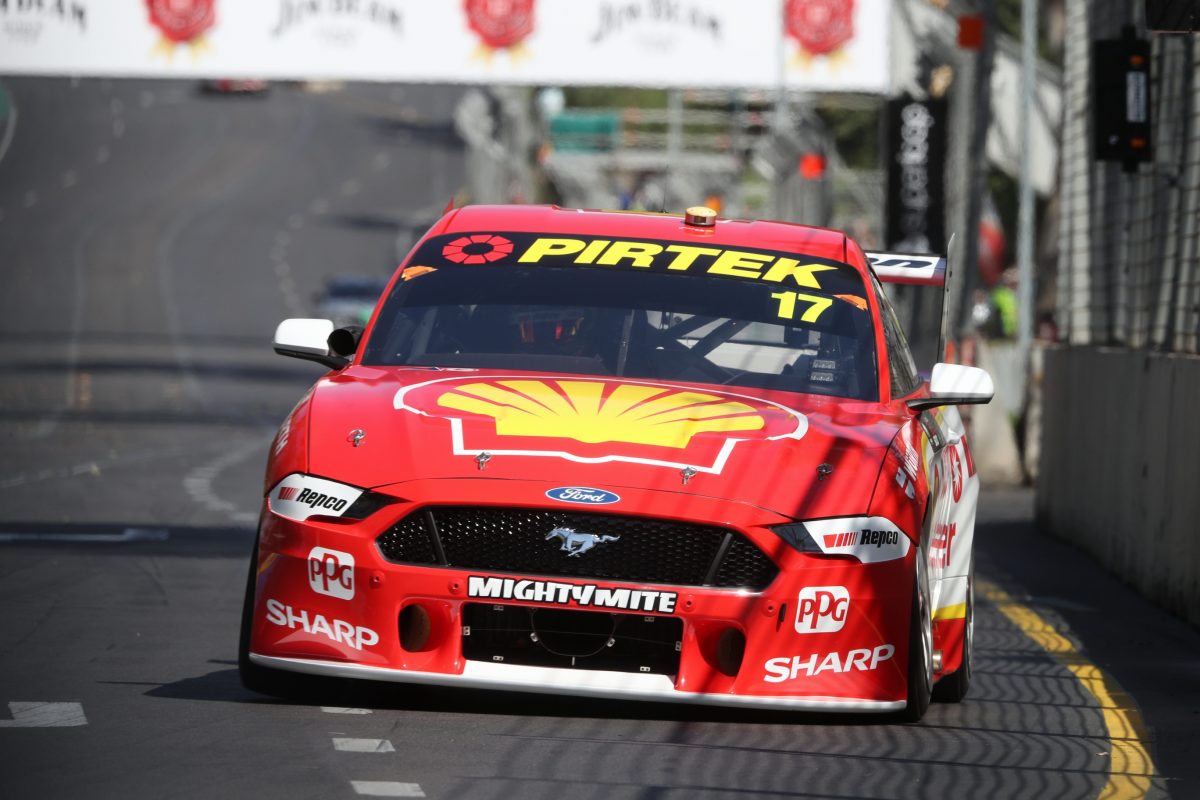 Scott McLaughlin has pipped Shane van Gisbergen in final practice at the Superloop Adelaide 500 as Macauley Jones had a heavy rearward impact with the wall at Turn 9. 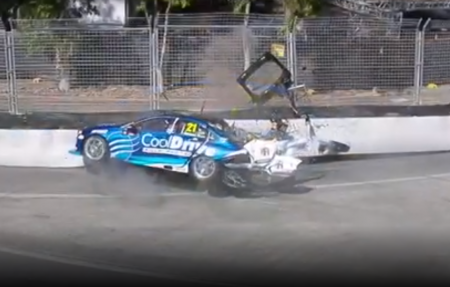 Jones went into a tyre-protected concrete wall at high speed after a front brake failure in the CoolDrive ZB Commodore in the final minute of the half-hour Practice 4.

The rookie reported that he was okay but the #21 Brad Jones Racing entry sustained significant damage.

McLaughlin had not long edged van Gisbergen out of first position in a session in which only those two drivers spent time on top of the order once the first timed laps came in.

Less than a tenth separated the #17 Shell V-Power Mustang from the #97 Red Bull HRT ZB Commodore with the top five rounded out by Tim Slade, Anton De Pasquale, and David Reynolds.

McLaughlin and van Gisbergen traded fastest laps during their first proper runs at the session with the latter the first into the 1:20s bracket.

Car #17 reportedly took a left-hand-side camber adjustment halfway through the session in a search for one-lap pace for the Armor All Top 10 Shootout, after which McLaughlin went nearly three tenths quicker than van Gisbergen with a 1:20.4240s.

“Oh my god. That was as close as you want to get,” said McLaughlin.

“I was a bit scared after that. It shows how hard we’re pushing, I guess.

“I’ve found a probably a good sequence that I want to do to phase the tyre up, but it’s tough.

“But it’s the same for everyone we’ll just go do the best we can.”

Slade was a late mover to third in the Freightliner ZB Commodore, bumping Penrite Racing’s De Pasquale by half a tenth.

De Silvestro also had a wheel hub issue which saw her car spend several minutes in the pits as the Kelly Racing crew worked on the right-front corner with a slide hammer.

“Practice is still all about tyres,” explained Whincup.

“We didn’t run as good tyres as most of the cars around us, but in saying that the car wasn’t flash in race trim.

“It’s pretty good, we’ve got it pretty good for quali, but not so flash for the race.

“So we would have liked to do a shootout sort of imitation, shootout sim at the end, but we were just flat stick trying to get the race car sorted.

“Got some info, but it’s going to be a bit of an educated guess today on trying to find a balance. That’s part of the challenge.

“Hopefully DC (David Cauchi, engineer) does a good job and fires it all up in the air and lands with the right stuff.”

Coulthard said, “Look, we wanted to get in the shootout. I wanted to have good confidence and understand what we have for qualifying.

“We spent that set then, so we’ll just go out in the shootout and see what we’ve got.”