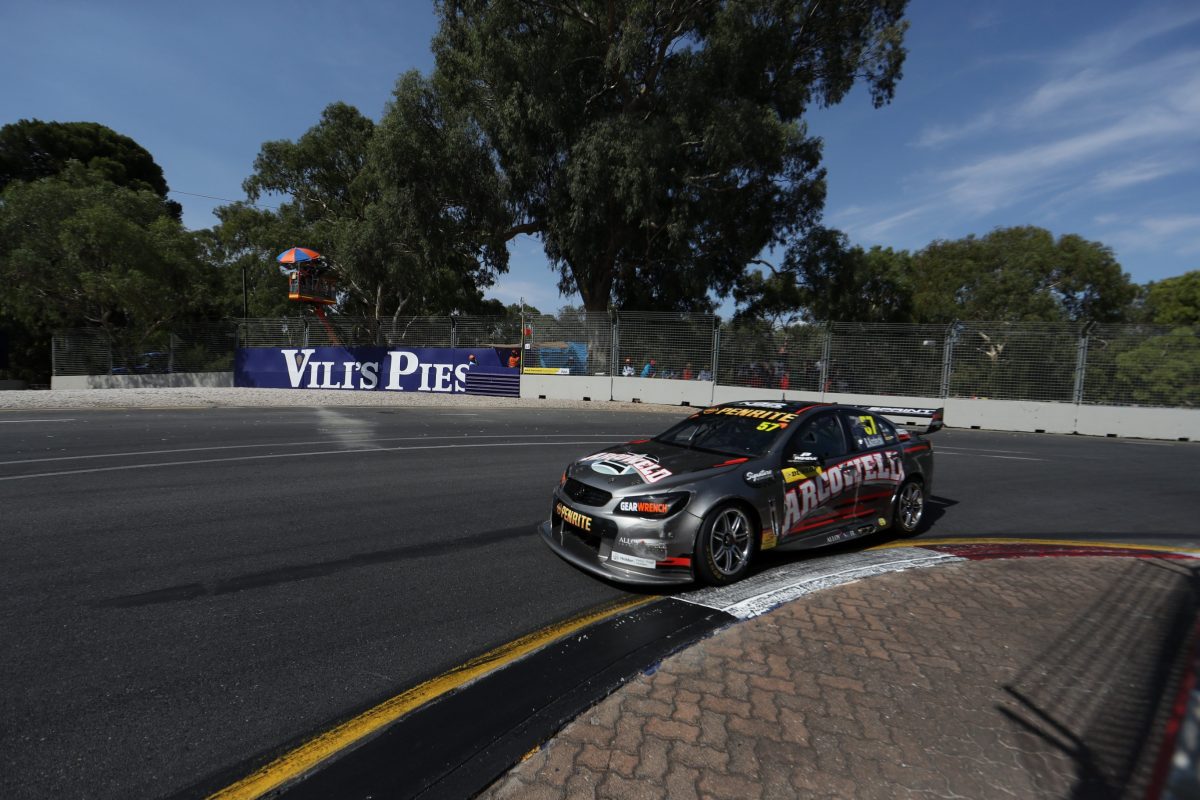 Brodie Kostecki has come from more than 2.5s back to win Race 2 of the Dunlop Super2 Series at the Superloop Adelaide 500.

The Kostecki Brothers Racing driver ran down Race 1 winner Bryce Fullwood, making a committed pass on Lap 15 and gapping the MW Motorsport pilot by 2.8604s in the four laps which remained.

A distant Zane Goddard made it two MWM Altimas on the podium again, while British debutant Abbie Eaton was one of two drivers not classified as a finisher after a torrid race in her Matt Stone Racing VF Commodore.

Brodie Kostecki came from deep to pick off Goddard at Turn 9 before the first lap was out, but it was Fullwood clearing out to lead by around 2.5s after half a dozen laps.

The tide started to turn and Brodie Kostecki was on the tail of the Territorian before carrying huge corner speed through the Turn 8 Sweeper and sending his #57 VF Commodore down the inside under brakes at Turn 9.

Adam Marjoram (Image Racing VF Commodore), on the other hand, had a task on his hands to keep Jake Kostecki (KBR VF Commodore) and leading rookie Dylan O’Keeffe (GRM VF Commodore) behind him, but he succeeded in doing so and they finished sixth through eighth.

Thomas Randle had an eventful afternoon on his way to ninth in the Tickford Racing FGX Falcon.

Having been punted out of Race 1 at the fourth corner, Randle was on the up when he carried a big lock-up as he passed Will Brown for 11th at Turn 14 on Lap 4.

He got by Brenton Grove seven laps later before squeezing past Jack Smith up the main straight into Lap 14.

Grove inherited 10th in his Triple Eight VF Commodore when Smith had a lock-up of his own and ran long at Turn 9 on the same lap.

Eaton almost got away with an early bump of the wall at the Turn 8 Sweeper before sliding into the tyre wall at Turn 7 on Lap 5 in what team owner Matt Stone believed was a knock-on incident.

“I think she’s only ever done a start once before and that was yesterday, and she didn’t have all those guys beside her,” he observed of her stall.

“She definitely just had light contact with Turn 8; quite lucky to get out of there as lightly as she did.

“We were monitoring all the steering was straight, and the tyre pressure was good; I think just maybe a little bit of a buckle in the wheel so she was sort of managing it and it might have just caught her out (at Turn 7).”

Kurt Kostecki was handed a 35-point penalty overnight for reckless driving when he hit Randle in Race 1.