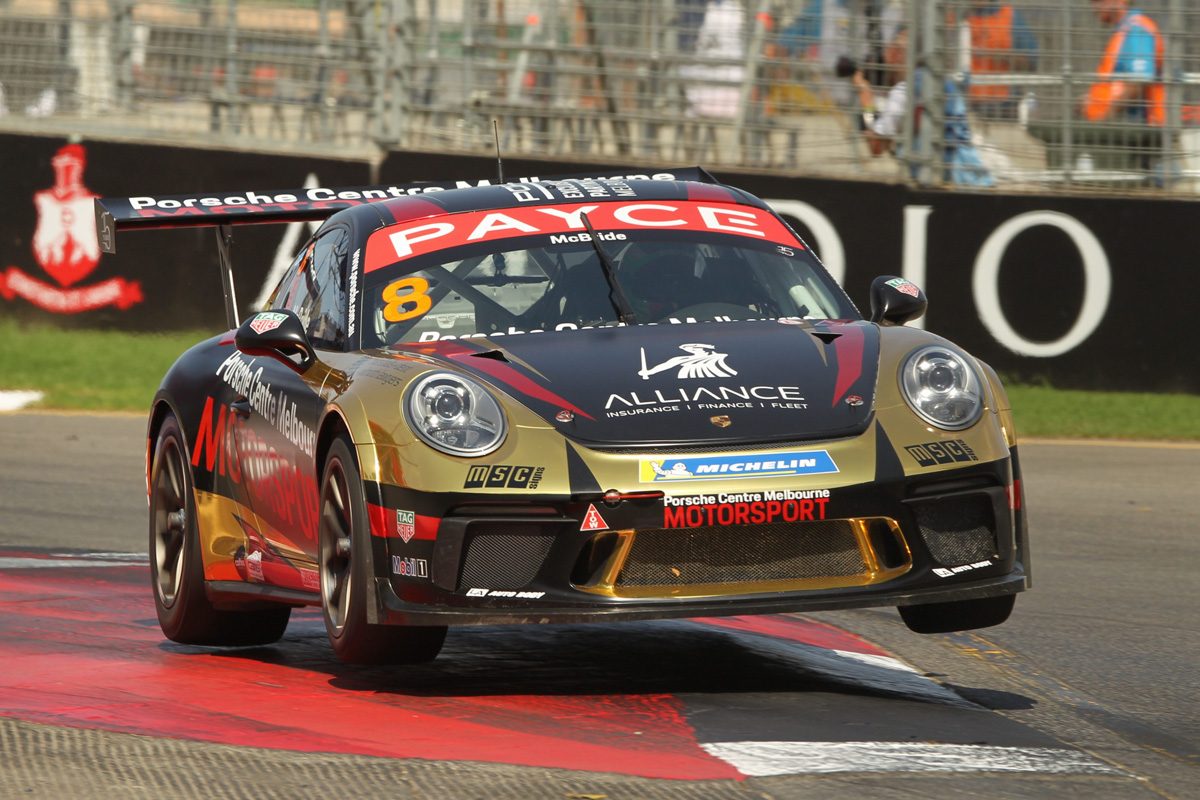 Nick McBride has claimed his second Porsche Payce Carrera Cup Australia race of the weekend in Adelaide with another composed performance.

McBride had the measure of second placed David Wall throughout the race, the pair both pulling clear of third-placed Dale Wood.

An even start off the front row saw McBride take the inside line into the Senna Chicane, Wall dropping into second.

It was status quo on the second row with Wood holding on over Warren Luff for third and fourth as Jordan Love slotted into fifth.

A poor start saw Cooper Murray plummet to 12th from fifth on the opening lap where he was tucked up behind Pro-Am class leaders Anthony Gilbertson and Max Twigg, who spun at Turn 4 on the second lap.

Nudging the barrier with the rear of the car, Twigg toured back to the pit lane and retirement.

The right hander at the top of Wakefield Street also caught out Indiran Padayachee on Lap 4, though in that instance he was able to rejoin the better part of half a lap down.

Out front, McBride and Wall circulated less than a second apart with Wood just over a second further back, with Murray the biggest mover in a field that remained largely stagnant for much of the 10 lap encounter.

The teenager recovered to finish inside the top 10, having been waved through by team-mate and Pro-Am class winner Gilbertson.